Federal Government Shutdown Closer to Being Averted With House Vote 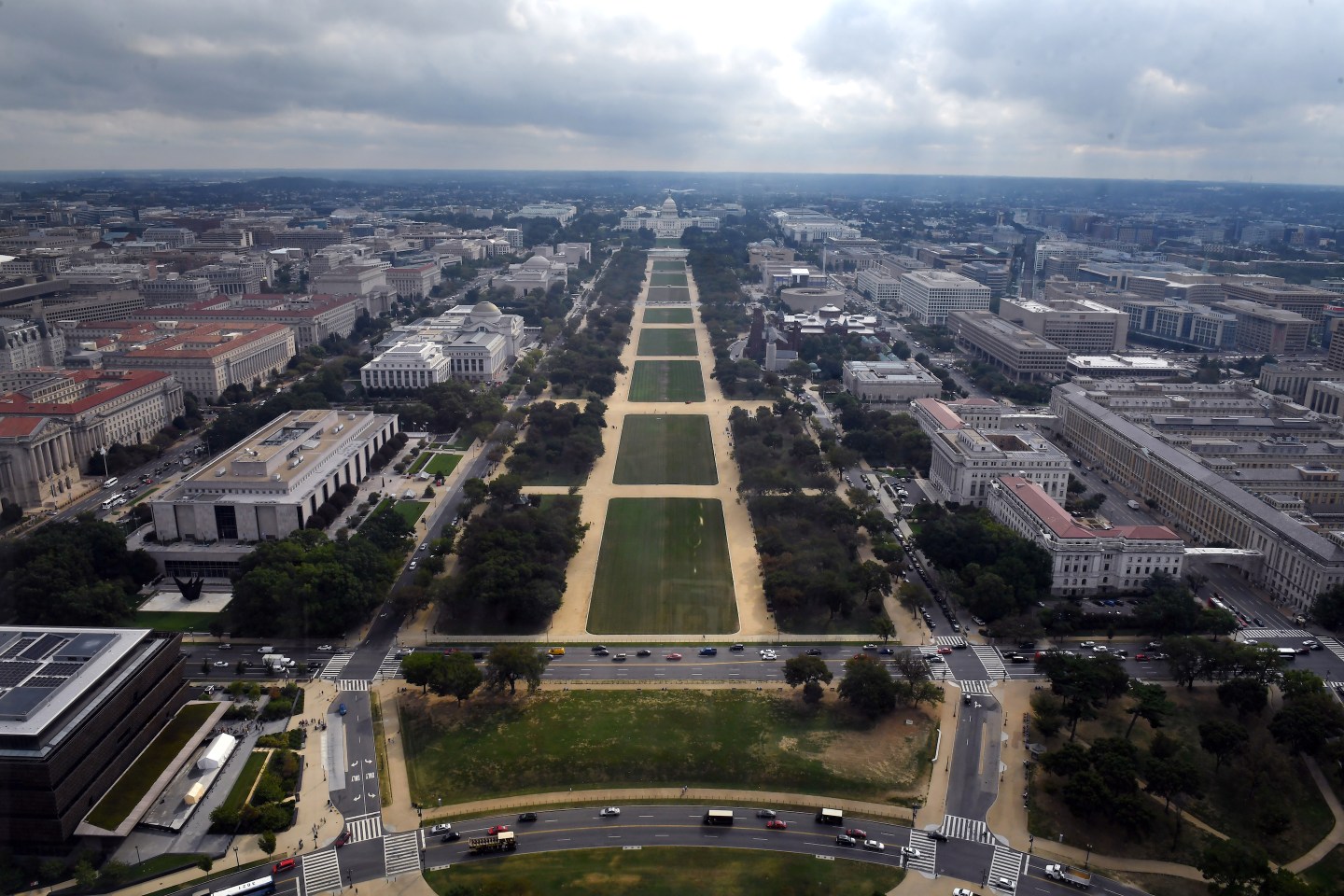 The U.S. Senate is slated this week to follow the House in approving a stopgap federal funding bill, which President Donald Trump has agreed to sign. The measure would keep the U.S. government running through Dec. 20, buying time for lawmakers to complete a permanent 2020 funding bill.Matt McClain/The Washington Post/Getty Images
Matt McClain—The Washington Post/Getty Images

The U.S. House has voted to keep the government funded until Dec. 20 and avoid a shutdown when current spending authority runs out after midnight Thursday.

The stopgap spending bill, approved Tuesday on a 231-192 vote, is set to be taken up by the Senate this week, and President Donald Trump will sign it by the deadline, Majority Leader Mitch McConnell said on the Senate floor.

The temporary measure, known as a continuing resolution, is necessary because lawmakers still haven’t agreed on the 12 annual spending bills needed to fund federal agencies for the rest of the fiscal year that began Oct. 1.

“With just days until current stopgap funding expires, we must pass a continuing resolution to keep government open and fund key priorities,” House Appropriations Chairwoman Nita Lowey said, adding that her committee is still working to finish the spending bills.

The House already passed its version of 10 of the bills, and the Senate passed its version of four. None of those can be reconciled until Republicans and Democrats agree to top-line spending levels for each of the 12 bills within the overall $1.3 trillion budget cap enacted by bipartisan legislation in July.

Once again, the key sticking point is Trump’s request for $9 billion for a border wall, which Democrats are refusing to fund. Putting taxpayer money toward the wall would mean other domestic priorities would receive less funding. A proposal to lift the overall budget cap to accommodate the wall hasn’t gained traction so far.

The elements of FISA, set to expire on Dec. 15, would be extended through March 15, 2020, in the House bill. The provisions allow expanded authority to wiretap terrorism suspects, collect call record details, to track “lone wolf” suspects not connected to a terrorist organization, and to examine business records related to terrorism investigations.

Rep. Alexandria Ocasio-Cortez, a progressive Democrat from New York, said she would vote against the stopgap bill because it extends FISA authorities. But Sen. Rand Paul, a libertarian-leaning Republican from Kentucky, said he would not trigger a shutdown by slowing down Senate debate on the bill past the deadline this week. He triggered a six-hour shutdown in 2018 by delaying the vote because he objected to spending levels.

The bill passed by the House would also keep the Export-Import Bank open until Dec. 20 as lawmakers attempt to negotiate a long-term re-authorization of the export finance agency. It would also give members of the military a 3.1% pay increase, allow the Census to spend more money and avert a funding cliff for transportation spending next year. Community health centers and other health programs would also receive funding through Dec. 20.

—Banning big tech from banking: Unifying Democrats and Republicans
—Bernie Sanders dominates in donations from suburban women
—2020 candidate Tom Steyer is a billionaire, but not that kind of billionaire
—The 2020 tax brackets are out. Here’s what you need to know
—More companies are openly supporting abortion rights Get up to speed on your morning commute with Fortune’s CEO Daily newsletter.