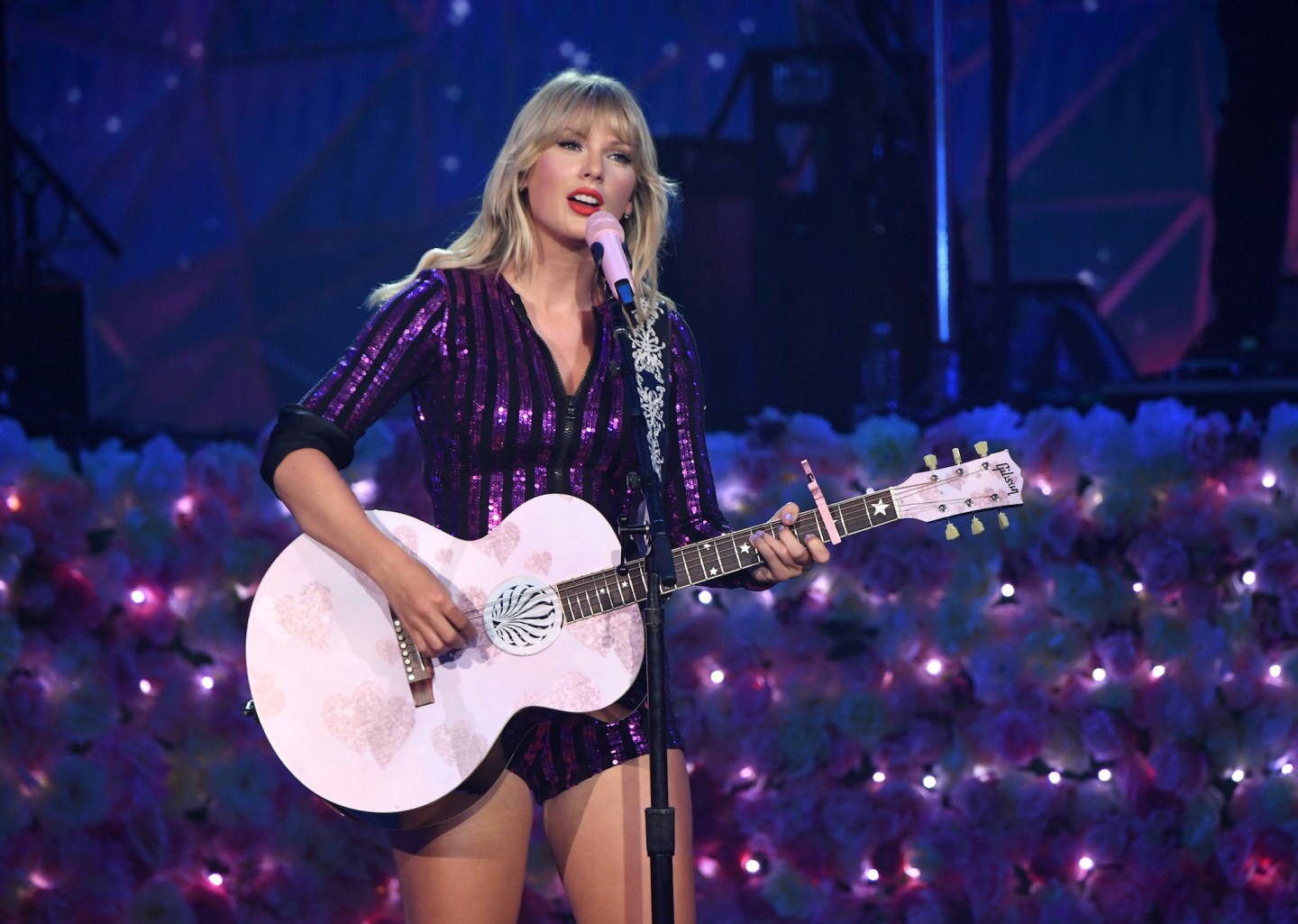 Taylor Swift said Thursday that she may not perform at the American Music Awards and may have to put other projects including a forthcoming Netflix documentary on hold because the men who own her old recordings won’t allow her to play her songs.

“Right now my performance at the AMAs, the Netflix documentary and any other recorded events I am planning to play until November 2020 are a question mark,” Swift said on Twitter and Instagram.

Swift said she had planned to play a medley of her hits when she’s named Artist of the Decade at the American Music Awards on Nov. 24, but the men who own the music, Scooter Braun and Scott Borchetta, are calling the television performance an illegal re-recording.

READ MORE: How Taylor Swift’s plan to re-record her early songs could work

“I just want to be able to perform MY OWN music. That’s it,” Swift said. “I’ve tried to work out this out privately through my team but have not been able to resolve anything.”

The Big Machine Label Group said in a statement Friday that “at no point did we say Taylor could not perform on the AMAs or block her Netflix special. In fact, we do not have the right to keep her from performing live anywhere.’’

The 29-year-old singer-songwriter has loudly spoken out against her old master recordings falling into the hands of the music manager Braun, who bought them by acquiring Borchetta’s Big Machine Label Group in June. Swift has used the sale and its aftermath to publicly advocate for the rights of artists and to further a feud with the two men.

Swift said in the posts that Borchetta has told her he will allow the projects to go forward if she drops plans to record copycat versions of her older songs next year, which Swift says she plans to do and has the legal right to, and if she stops her public trashing of the two men.

“The message being sent to me is very clear,” Swift said. Basically, be a good little girl and shut up. Or you’ll be punished.”

A message seeking comment from the AMAs was not returned.

Swift called on her legion of fans to put pressure on Braun and Borchetta to allow her performance and other projects to go forward.

That ignited social media, with the hashtags “IStandWithTaylor” and “FreeTaylor” trending worldwide on Twitter.

The Big Machine Label Group countered that Swift owes millions of dollars to it and has created a narrative that “does not exist.” Big Machine also criticized Swift for enlisting her fans and asked her to engage in “direct and honest conversation” with it.

She also urged her fellow artists, some of whom include Ariana Grande and Justin Bieber are managed by Braun, to speak out and speak to him.

Swift said she’s especially asking for help from the Carlyle Group, the private equity firm that financed the sale.

The Netflix documentary, which has chronicled the last few years of her life, was previously unannounced.

“This isn’t the way I planned on telling you this news,” Swift said.

—A new documentary about the National Enquirer aims to serve as a cautionary tale
—The Man in the High Castle team on its final season
—Wrongful Conviction podcast visits Rodney Reed on death row
—A new documentary on “The Preppy Murder” examines victim blaming and privilege
—Inside the Oscars’ self-inflicted Best Foreign-Language Film headache
Follow Fortune on Flipboard to stay up-to-date on the latest news and analysis.