Comcast Is Challenging a 153-Year-Old Law That Protects Against Racial Discrimination. We Can’t Let That Happen 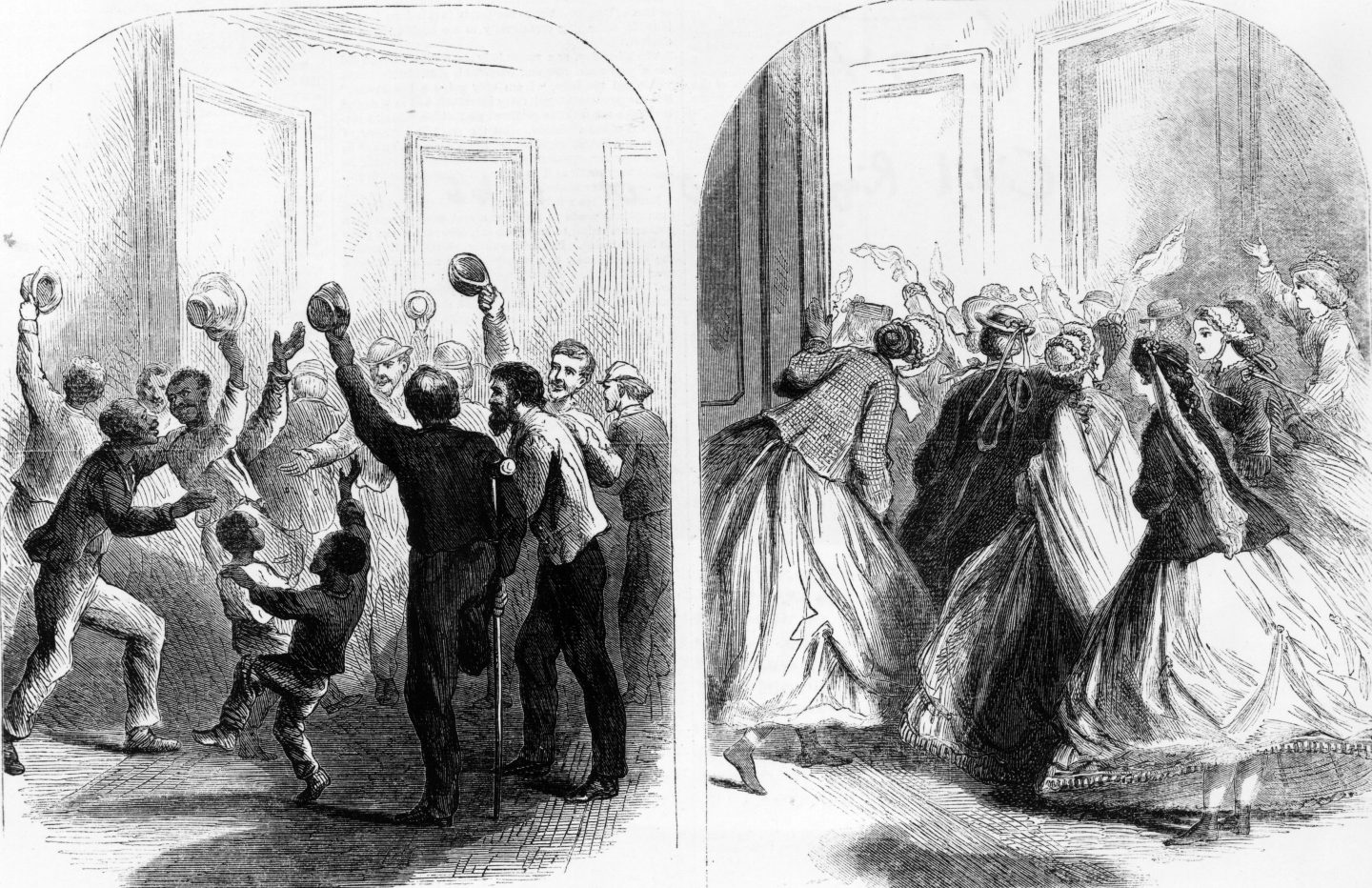 Crowds celebrating outside the House of Representatives after the Civil Rights Act of 1866 was passed by the narrow margin of 119 to 65. Original Artwork: An engraving from Harper's Weekly. (Photo by MPI/Getty Images)
MPI—Getty Images

Today, the Supreme Court is hearing one of the most important civil rights cases to come before it this term. Comcast, which is number 32 on the Fortune 500, is poised to take an unprecedented step. Because of a dispute with a black businessman, the company has urged the Supreme Court to roll back the crucial protections of one of the nation’s oldest civil rights laws.

So far this matter has been framed as a simple dispute between two media giants. Yet so much more is at stake. The outcome of this lawsuit could prove perilous for African Americans and other communities of color. Put simply, a win for Comcast could reshape modern laws around racial discrimination. As the nation’s oldest and largest nonpartisan civil rights organization, we are prepared to stand strongly against Comcast to make sure this does not happen.

The dispute began when Byron Allen first sued Comcast for $20 billion back in 2015 for refusing to air channels from his company, Entertainment Studios Networks. The NAACP and other civil rights organizations were initially named as defendants in the case, but were dismissed because they had no role in Comcast’s decision not to air the channels. After churning through the legal system for years, the case is finally being heard by the Supreme Court.

Allen alleges that Comcast’s decision was tainted by racism, since the television company agreed to carry white-owned channels with similar audience sizes at the time it rejected Allen, who says his channel is 100% African American-owned. Comcast calls the lawsuit “meritless,” pointing to what it calls an “outstanding record of supporting and fostering diverse programming from African American-owned channels.”

The Supreme Court’s decision will hinge on its interpretation of a bedrock civil rights statute, the Civil Rights Act of 1866. Immediately following the Civil War and the ratification of the 13th Amendment, Congress enacted the Civil Rights Act of 1866, a wide-ranging ban on race discrimination. Section 1981 is one of the statute’s most critical provisions, ensuring that “[a]ll persons within the jurisdiction of the United States shall have the same right … to make and enforce contracts … as is enjoyed by white citizens.” The goal of this section was to free the contracting process from the burdens of discrimination and ensure that newly freed slaves were guaranteed the same opportunity to contract as whites.

For more than a century, Section 1981 has been used as an important tool to combat race discrimination, particularly for employment discrimination claimants. Throughout the NAACP’s history, standard-bearers of justice like Thurgood Marshall have harnessed the power of Section 1981 to fight various forms of discrimination. Yet now, in a situation that has become all too familiar during the Trump era, an upcoming Supreme Court decision has the potential to reject these lessons of history by rolling back the clock on basic civil rights—rendering Section 1981 a toothless tiger.

Comcast, supported by the Trump administration, is proposing a radical change to the legal interpretation of Section 1981. The company is arguing that the litigant in the underlying case, Byron Allen, must prove not only that his race was a significant motivating factor in Comcast’s decision not to contract with him, but that it was the only factor. By this logic, Section 1981 allows some amount of racial discrimination in contracting. Moreover, if Comcast’s argument holds, Allen would need to be able to parse all of Comcast’s considerations in its decision-making process—a nearly impossible task.

This narrower discrimination standard has been applied by the Supreme Court to other civil rights statutes, but never has the court used it for a claim under Section 1981.  Given the language and purposes of Section 1981, and the fact that it was passed in the immediate aftermath of the Civil War, it stands on a different footing than more recent civil rights statutes to which the narrower causation standard has been applied.

In 2018, in a unanimous three-judge ruling, the U.S. Court of Appeals for the Ninth Circuit Court rejected the position taken by Comcast in cases involving alleged racial discrimination. If the Supreme Court follows Comcast in the Allen case and applies a more stringent standard to discrimination claims under Section 1981, victims of discrimination will find it more difficult to have their day in court. Further, victims of economic discrimination could see their cases dismissed on the ground that the plaintiff cannot prove—at the very outset of the case—how race intersected with legally permissible factors when the defendant was making its decision. Just as that would have been too great a burden to place on newly freed slaves when Section 1981 became law in 1866, it remains too great a burden to place on people alleging racial discrimination at the hands of corporate actors.

The NAACP and a host of other social justice organizations believe that under Section 1981, it is up to the defendant to explain its consideration of race in a business decision—and to prove they would have made the same decision even if race had not been a factor.

Over the course of modern American history, our federal courts have been the “great levelers” for African Americans. From voting, to education, to economic opportunity and health care, our federal courts have consistently defended the constitutional rights of communities of color. Gutting Section 1981 would be one of the most significant rollbacks of civil rights protections of this century, led by a major media corporation that—ironically—seeks dollars and support from communities of color.

For decades, Comcast has depended on contracts from minority communities. The company claims to have a “strong civil rights and diversity record.” Yet a company cannot champion diversity and inclusion while challenging one of the very laws that helped birth modern civil rights.

Although the NAACP takes no position on whether Comcast unlawfully discriminated against Allen, we have decided to take the lead on this broader civil rights issue.

This matter is truly bigger than one lawsuit; it’s about whether victims of racial discrimination will continue to have pathways for legal redress in the courts, or whether the law will foreclose any real opportunity to prove their claims. By seeking to restrict the reach of Section 1981, Comcast is arguing for the latter. We must fight it every step of the way.

Derrick Johnson is the president and CEO of the NAACP.