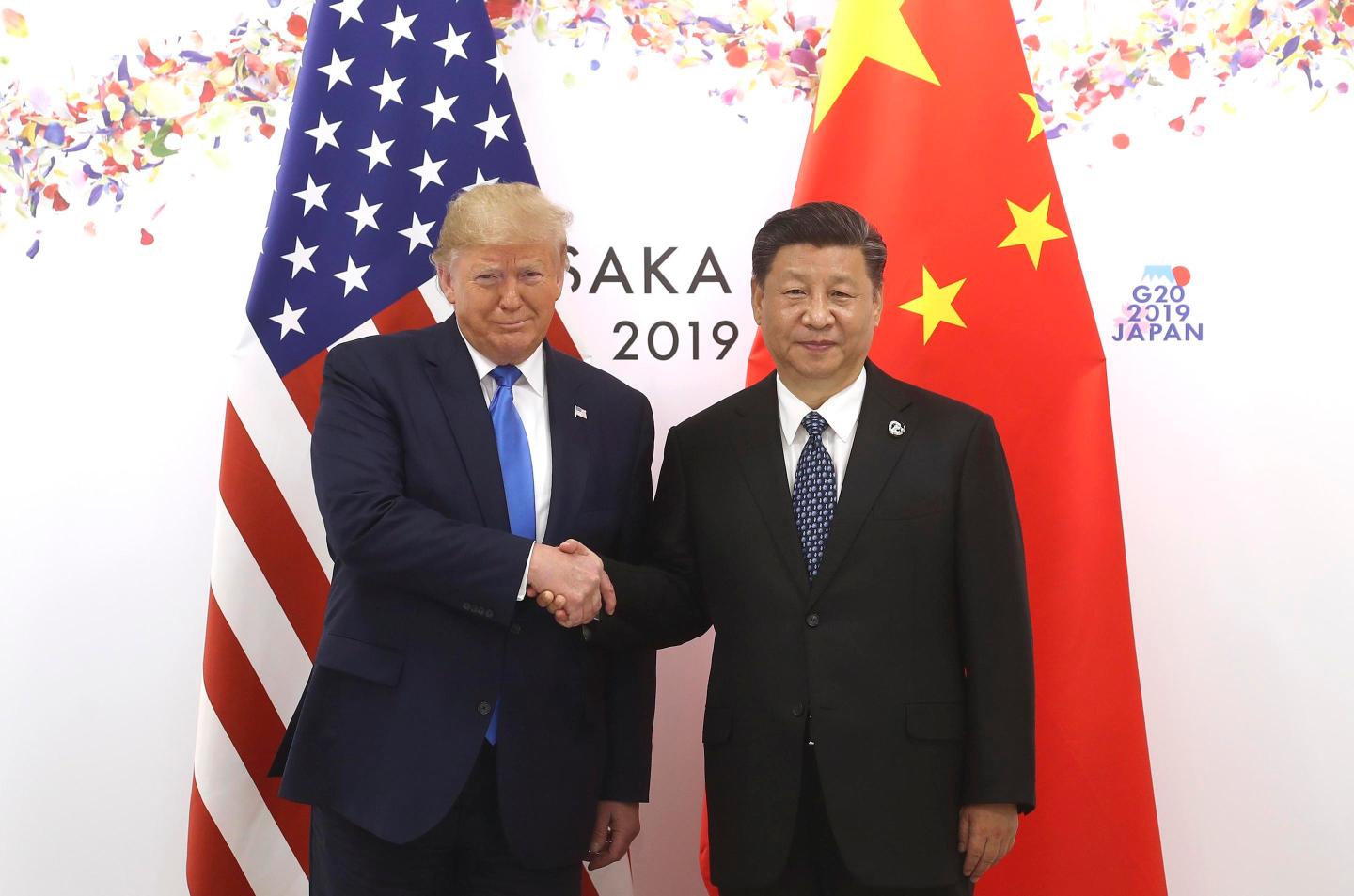 President Donald Trump said Thursday the U.S. and China are working to secure a new site to sign a tentative trade war truce and the location will be announced soon.

U.S. and Chinese negotiators wanted to finalize the deal in time for Trump and Chinese President Xi Jinping to sign it at the Asia Pacific Economic Cooperation summit in Chile in mid-November. But Chile announced Wednesday that it was canceling the event due to ongoing mass demonstrations.

U.S. and Chinese officials are trying to settle details of the modest trade deal that sidesteps some of the biggest issues dividing the countries. The cancellation of the APEC summit is unlikely to prove a major obstacle.

“It doesn’t have a big bearing on the U.S.-China trade negotiations,” said David Dollar, senior fellow at the Brookings Institution. “It was not clear they were going to get it finalized in time for that meeting.”

The world’s two biggest economies have wrangled for more than 15 months over U.S. allegations that China steals technology, forces businesses to hand over trade secrets. and unfairly subsidizes its technology companies in an aggressive drive to supplant American technological dominance.

They have imposed tariffs on hundreds of billions of dollars’ worth of each other’s goods in a trade fight that has slowed global economic growth.

On Oct. 11, they reached a tentative ceasefire that reassured jittery financial markets. Trump agreed to suspend plans to raise tariffs on $250 billion in Chinese imports, and China agreed to buy farm products. The Trump administration says the Chinese also agreed to do more to protect intellectual property rights.

Trump claimed in a tweet Thursday that the so-called phase one agreement represents “about 60% of total deal.”

But nothing was signed Oct. 11, and few details have emerged on the terms of the ceasefire. Chinese leaders have been reluctant to agree to the substantive changes that Washington wants to see. Doing so would likely require scaling back their aspirations to make China a leader in advanced technologies such as artificial intelligence and driverless cars.

“If the phase one deal is 60%, that means the United States is giving up on a lot of structural issues,” said Dollar, a former official specializing in China with the Treasury Department and the World Bank. Trump’s tariffs “certainly have not led to the Chinese fundamentally changing their position.”

—Sherrod Brown has advice for 2020 Candidates on winning Ohio
—Voters over 65 remember Nixon—and want to impeach Trump
—How Mitch McConnell could use impeachment to scramble the Democratic primary
—2 House immigration bills face uncertain fates
—Kids brought guns to school at least 392 times last year. What experts say we should do
Get up to speed on your morning commute with Fortune’s CEO Daily newsletter.