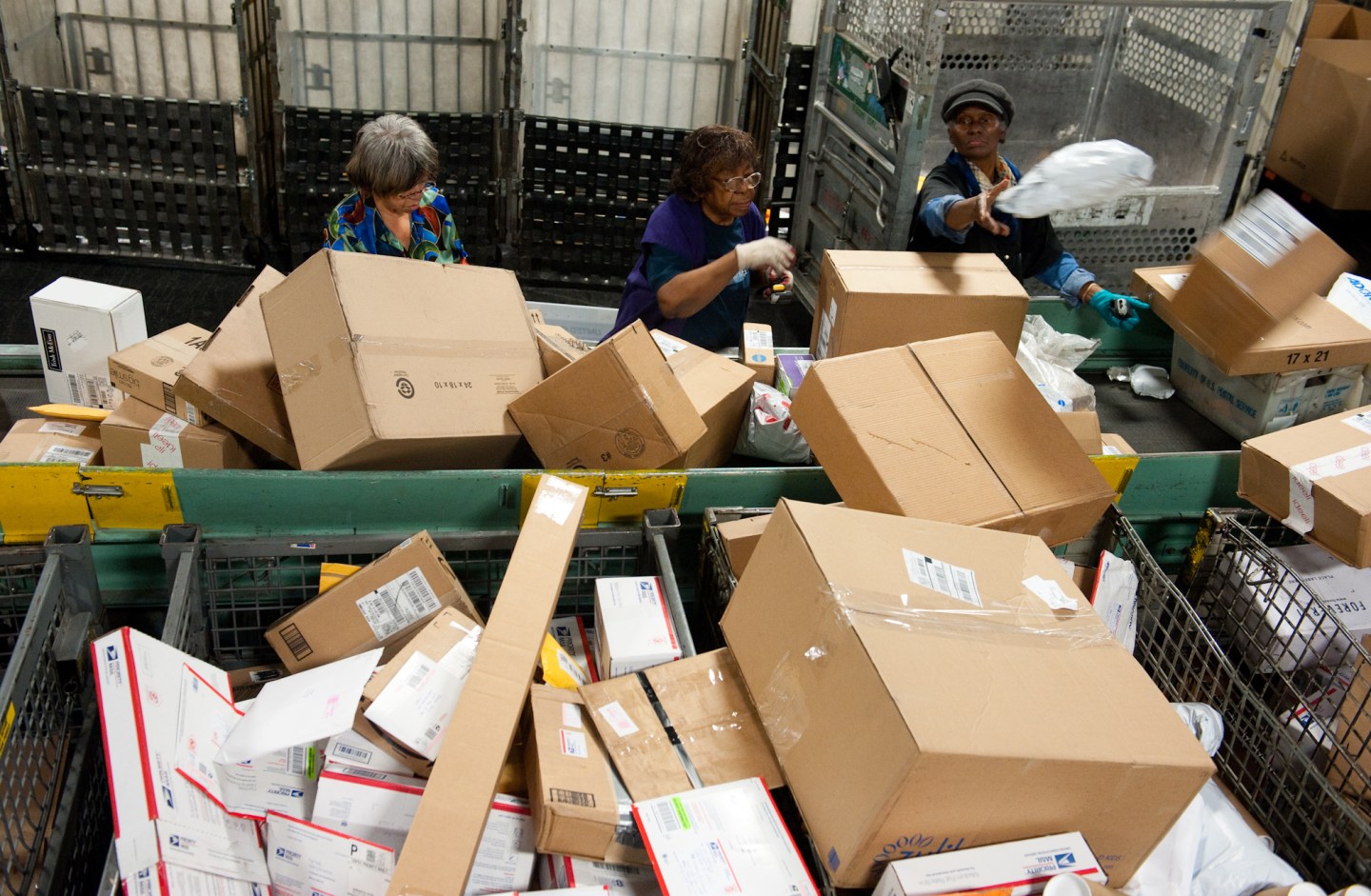 California and New York City sued the U.S. Postal Service on Tuesday to stop tens of thousands of cigarette packages from being mailed from foreign countries to U.S. residents, saying the smugglers are engaging in tax evasion while postal workers look the other way.

The lawsuit in Brooklyn federal court blames the Postal Service for deliveries from Vietnam, China, Israel, and other countries, saying the failure to enforce a federal law aimed at banning cigarette mail deliveries costs California an average of $19 million annually in tax revenues and New York City and state over $21 million each year.

The lawsuit seeks a court order to force the Postal Service to intercept and destroy packages believed to contain cigarettes.

The Postal Service does not comment on active litigation, spokesman David Coleman said in an email.

“Cigarette smuggling doesn’t just break the law—it endangers the health of countless Americans and enriches terrorists and organized crime,” Mayor Bill de Blasio said in a news release. “Yet despite all of this, our nation’s own postal service has ignored the practice and enabled one of the biggest killers in our country. It needs to end, and we intend to be the ones to end it.”

“Accepting and delivering contraband cigarettes is not only a health hazard for our citizens but a detriment to our state’s economy,” California Attorney General Xavier Becerra said.

Georgia M. Pestana, New York City’s acting corporation counsel, said the Postal Service has ignored its inspector general’s warning that it violates the law by, in some cases, returning illegal shipments to senders instead of destroying them.

“The Postal Service has turned a blind eye to the illegal shipment of cigarettes through its facilities, undermining our health laws and causing millions of dollars of tax losses to New York City,” Pestana said.

Postal service officials’ failure to enforce the 2010 Prevent All Cigarette Trafficking law “thwarts each and every goal expressed by Congress in the statute,” including its desire to stop terrorist organizations such as al-Qaida from benefiting from large profits produced by cigarettes distributed through the mail, the lawsuit said.

It noted that sales through the mail increased dramatically with the internet. Prior to the law’s passage, Congress was told internet vendors selling cigarettes and smokeless tobacco to U.S. buyers numbered about 40 in 2000, although it ballooned to more than 500 by 2005.

Authorities estimate as many as 6 million packs of cigarettes are delivered by mail each year to California and 5 million packs to New York City and state. This isn’t the first time the USPS has been criticized for contraband in the mail. A congressional report last year cited the post office for lax monitoring of illicit drugs mailed from foreign countries.

The estimates of foreign-mailed cigarettes comes from audits conducted last year by investigators at the John F. Kennedy International Mail Facility, the lawsuit said. The audit, it added, concluded that more than 100,000 cartons of cigarettes at the facility were destined for 48 states.

—Fighting income inequality: Debating a universal basic income, jobs guarantees, and a higher minimum wage
—Five states have already canceled GOP primaries. Here’s what you should know
—What to do with Big Tech: Candidates Warren and Buttigieg at odds
—Will the Kentucky governor’s race be a harbinger of the 2020 presidential election?
—How Gordon Sondland, ‘a guided missile for getting access,’ landed in the middle of Trump’s Ukrainian mess
Get up to speed on your morning commute with Fortune’s CEO Daily newsletter.