Mindy Kaling Fires Back at the TV Academy. Here’s Why 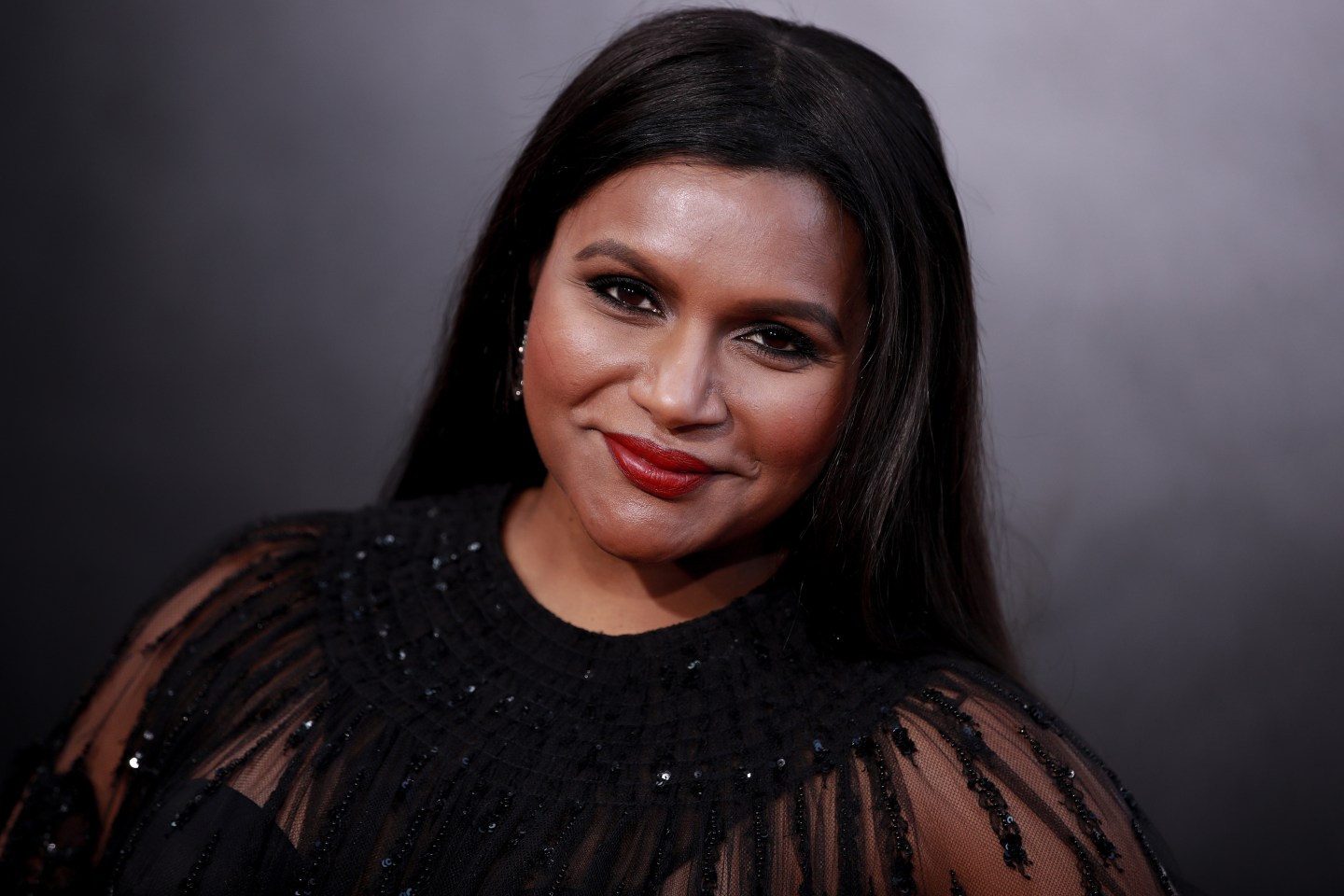 Mindy Kaling’s standing by her story about sexism experienced during her early years working on popular NBC series The Office. In a recent Elle profile, the acclaimed comedian disclosed that the Television Academy moved to strip her of a producer credit after The Office was Emmy nominated for Outstanding Comedy Series, singling her out for such treatment among the writing staff.

“They made me, not any of the other producers, fill out a whole form and write an essay about all my contributions as a writer and a producer,” Kaling recalled in the story. “I had to get letters from all the other male, white producers saying that I had contributed, when my actual record stood for itself.” Ultimately, her name stayed on the list of producers—but not without a fight.

“No one person was singled out,” the Academy said in response, disputing Kaling’s account in a statement via Variety. “There was an increasing concern years ago regarding the number of performers and writers seeking producer credits. At the time the Producers Guild worked with the Television Academy to correctly vet producer eligibility. Every performer/producer and writer/producer was asked to justify their producer credits. We no longer require this justification from performer/producers and writer/producers, but we do continue to vet consulting producer credits with the PGA to ensure those credited are actually functioning in the role as a producer.”

But Kaling, in a series of tweets Wednesday evening, slammed the TV Academy yet again, calling out the “humiliating” experience and accusing the awards body of “glossing over” her story with its response.

“Respectfully, the Academy’s statement doesn’t make any sense. I *was* singled out,” she wrote. “There were other Office writer-performer-producers who were NOT cut from the list. Just me. The most junior person, and woman of color. Easiest to dismiss. Just sayin’.”

Added Kaling: “I’ve never wanted to bring up that incident because The Office was one of the greatest creative experiences of my life, and who would want to have an adversarial relationship with the Academy, who has the ongoing power to enhance our careers with awards? But I worked so hard and it was humiliating. I had written so many episodes, put in so much time in the editing room, just to have the Academy discard it because they couldn’t fathom I was capable of doing it all. Thankfully I was rescued by my friends, the other producers. The point is, we shouldn’t have be bailed out because of the kindness our more powerful white male colleagues. Not mentioning it seemed like glossing over my story. This was like ten years ago. Maybe it wouldn’t happen now. But it happened to me.”

She later followed up with a tweet specifically addressing the TV Academy. “Hey, @TelevisionAcad!” Kaling tweeted, in what has been her last word on the subject to date. “I have been a proud member for years. I was the 1st woman of color nominated for writing a comedy script. Why not say ‘years ago we prevented a deserving woman of color from getting credit for her accomplishments. We’re sorry and it would never happen now.’?”

Kaling has long been heralded as one of the most talented comic voices of her generation. From The Office to Fox/Hulu’s The Mindy Project and her feature-film vehicle Late Night (which she wrote, produced, and starred in earlier this year), Kaling’s projects always bear her comic signatures: quick wit and quirky charm, sometimes acerbic but more often underlayed with a chipper, go-get-’em earnestness.

Though Kaling’s reputation now precedes her, the controversy made it painfully clear how sexism, perpetuated by Hollywood’s foremost awards bodies, worked intentionally or inadvertently to discredit the comedian’s accomplishments in her early years.

The TV Academy has since done away with requiring performer-producers and writer-producers to justify their production credits, suggesting an awareness on its part that such a system could, at the discretion of those enforcing it, enact bias against younger individuals working in entertainment, particularly women, and especially women of color. But its statement in response to Kaling’s comments displays little of that awareness; instead, it’s a flat denial she was singled out for such treatment, one both Kaling and presumably her Office coproducers dispute.

Further along in the Elle interview, Kaling explains that, despite her fame since the early Office years, she still experiences the daily toll of working as a woman of color in an industry rooted (like any other in the United States) in historical patriarchy and white supremacy.

“It really doesn’t matter how much money I have,” she says in the story. “I’m treated badly with enough regularity that it keeps me humble.” That sensibility permeates Late Night, in which Kaling stars as the first female, non-white writer on a late-night comedy show hosted by a mercurial TV personality (Emma Thompson).

The script, based on Kaling’s own experiences in writers’ rooms for The Office and elsewhere, pulls few punches in showcasing her character’s experience of first fighting her way into the room and then working harder than her white, male colleagues to assert the right to be there.

“I am grateful [for the occasional ill-treatment],” Kaling adds in the interview, “because I do think it keeps me feeling like an outsider, which is helpful as a writer.”

In response to Kaling’s story, prominent women in media have spoken out to support the comedian and slam the TV Academy’s conduct, emphasizing the additional work women must perform in the entertainment industry in order to be viewed as equals by male colleagues.

“WOW,” responded Audrey Wauchope Lieberstein, a writer on The CW’s recently concluded Crazy Ex-Girlfriend, via Twitter. “Isn’t it nuts the stuff people can’t talk about because they/we should feel grateful for jobs/opportunities… the Academy should have put out an apology instead of a defense.”

“Women of color are viewed with skepticism and even fear in the workplace,” wrote Tanzina Vega, host of The Takeaway, on Twitter.

Added Vega: “Which is why we are asked to do more, to prove our value and our worth. Assert yourself? You’re angry, dangerous and unstable. Or you must be controlled. Talented? Not enough. Want to shine? You’re forced to share the spotlight. Help behind the scenes? You need to fight for credit. And no, white women do not deal with this like WOC do. The game is not the same. Often we are put in direct competition with each other. WOC look great for “diversity” efforts but how much power and influence do you give them?”

—Rihanna explains why she turned down the Super Bowl halftime show
—Edward Norton reflects on scrapped Incredible Hulk sequel
—Mr. Robot creator Sam Esmail on the show’s fourth and final season
—HBO’s Watchmen is an “extrapolation” of the source material
—Nick Kroll on the “meta” experience of making Big Mouth
Follow Fortune on Flipboard to stay up-to-date on the latest news and analysis.