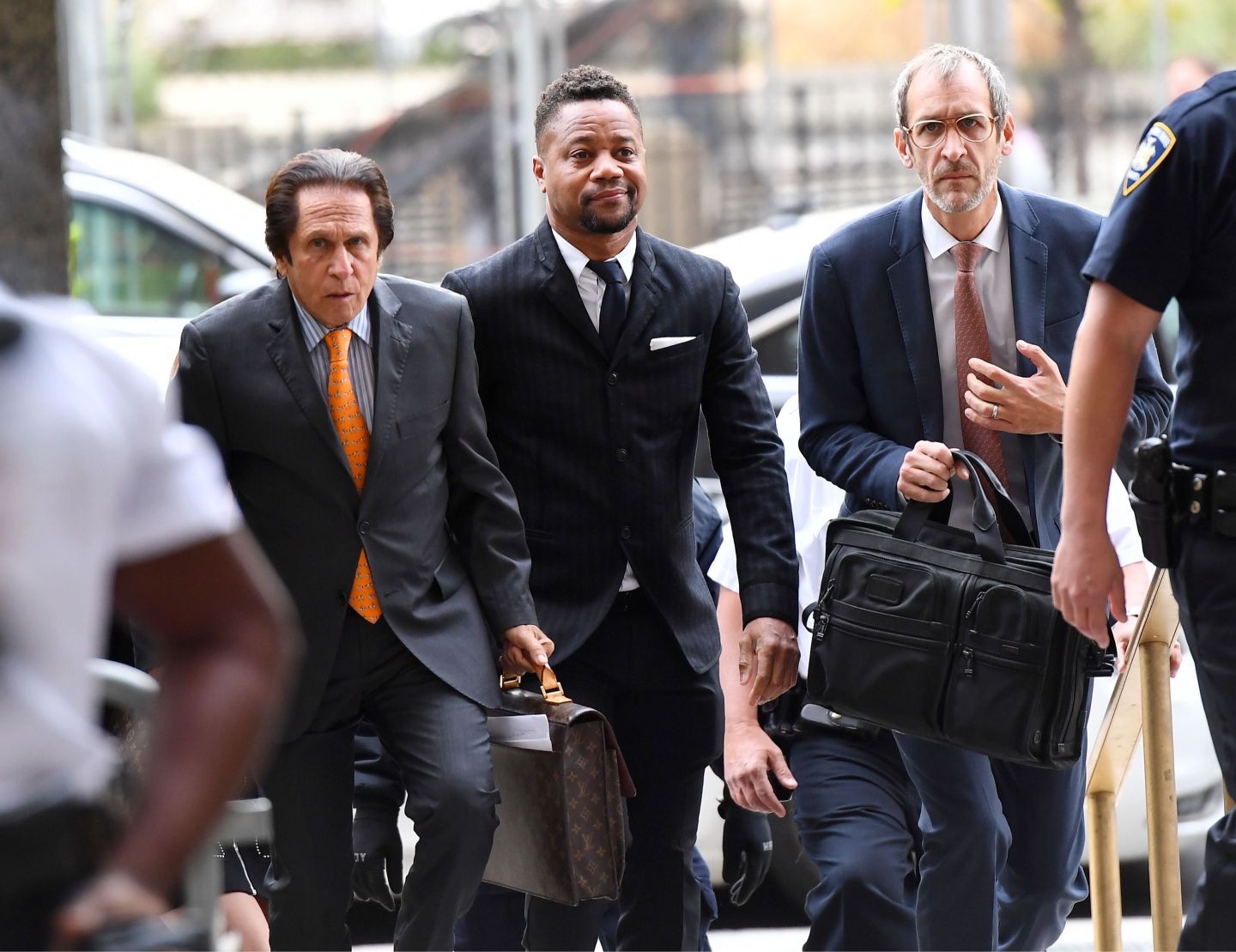 Cuba Gooding Jr. learned Thursday that he’s facing a new undisclosed charge in his sexual misconduct case, a development that came as jury selection was set to begin for his trial.

At a court hearing in Manhattan, Assistant District Attorney Jenna Long revealed the charge is contained in a sealed indictment against the Oscar-winning “Jerry Maguire” star. She told a judge that the indictment covers previous allegations as well as a “previously uncharged incident.”

Gooding, 51, now must be arraigned on the new indictment next week before a trial can begin. He and his lawyers left the courthouse without speaking to reporters.

The actor has been accused of placing his hand on a 29-year-old woman’s breast and squeezing it without her consent at Magic Hour Rooftop Bar & Lounge near Times Square on June 9. The woman told police she believed Gooding was intoxicated.

Gooding was arrested four days later after turning himself in to police. He pleaded not guilty to forcible touching and sexual abuse charges and was released on his own recognizance.

Gooding later requested to have his case thrown out, but he was rejected.

The defense had filed papers saying the misdemeanor forcible touching case should be dismissed based on accounts of two witnesses who say it never happened, and that video from the bar backs up that claim. The papers argued that since there was clear evidence that no crime was committed, it was necessary to throw out the case to protect the integrity of the criminal justice system.

The judge ruled that the conflicting accounts should be resolved at a trial.

Gooding faces up to a year in jail if convicted.

—Rihanna explains why she turned down the Super Bowl halftime show
—Edward Norton reflects on scrapped Incredible Hulk sequel
—Mr. Robot creator Sam Esmail on the show’s fourth and final season
—HBO’s Watchmen is an “extrapolation” of the source material
—Nick Kroll on the “meta” experience of making Big Mouth
Follow Fortune on Flipboard to stay up-to-date on the latest news and analysis.