Valuation: For Sherwin-Williams Investors, the Color of the Year Is Green 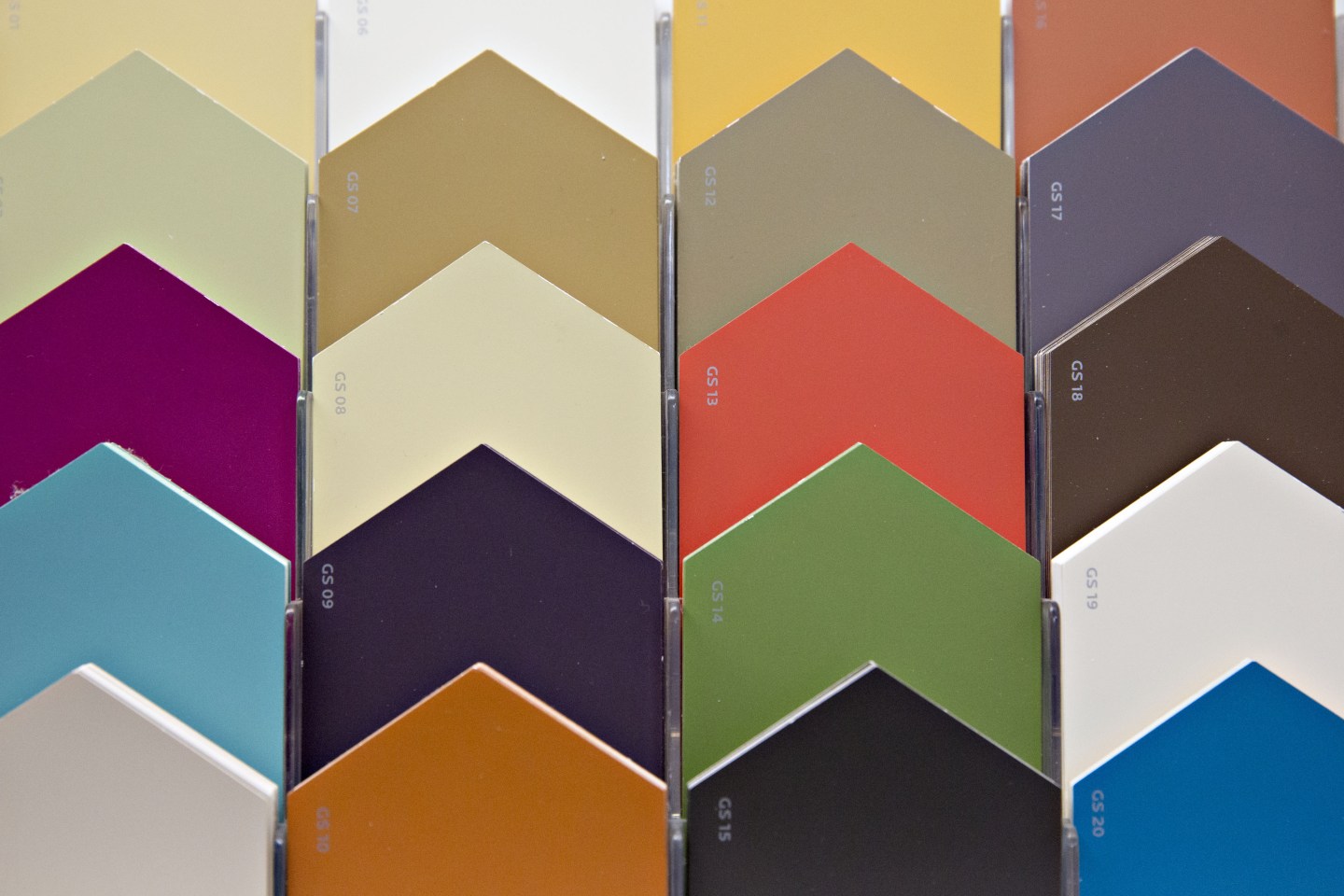 “The key to investing is not assessing how much an industry is going to affect society, or how much it will grow, but rather determining the competitive advantage of any given company and, above all, the durability of that advantage.” — Warren Buffett, Fortune, 1999

Sherwin-Williams is the very definition of what investment analysts call a compounder:  a business that, by virtue of its long-term competitive advantages, can grow earnings at above-average rates for decades to come.  Although it occupies a small niche in the worldwide economy, the paint-and-coatings-maker is a big company—No. 177 on the Fortune 500, with $18 billion in revenues and a $50 billion market capitalization – and it should grow steadily bigger over the years. This growth should amount to 12% annually, or a doubling of profits roughly every six years; this in turn should translate into equivalent 12% annual investment returns. While never guaranteed, this return is not only well in excess of the market’s historic averages—it’s highly probable given the predictable nature of Sherwin’s business.

This predictability begins with the product itself: paint.  For centuries if not millennia, human beings have used mixtures of oil, water, and even berries and seashells to protect and beautify their buildings.  Techniques for making both durable and attractive coatings were closely guarded, and over time house-painting became a respectable trade.  In 1502, in fact, English craftsmen formed a guild called the Worshipful Company of Painter-Stainers.

Paint did not get off to such a good start in the New World, where the Puritans frowned on ostentation. Sumptuary Laws were passed in New England prohibiting the wearing of finery, and in 1632 John Winthrop, governor of the Massachusetts Bay Colony, charged a man with building a house containing “excessive wainscoting and other adornments.” American practicality eventually prevailed, and in 1866 Harry Sherwin and Edward Williams founded the company that would introduce the world’s first guaranteed ready-to-use paint.  As the Industrial Age progressed, “paint” became “coatings” more generally and were used to finish automobiles, ships and airplanes anything that needed protection from the elements.

Given their enduring value in terms of both protection and beautification, it’s safe to say that paint and coatings will become obsolete only when humankind becomes obsolete.  Moreover, any changes to the product will be incremental and will remain closely guarded by companies like Sherwin-Williams, which continue to build on 150 years of innovation and trade secrets.

Even better from an investment perspective, the paint market is driven not mainly by new construction but by repainting and remodeling.  Eight out of every 10 gallons Sherwin-Williams sells in the U.S. is for repainting rather than new construction, a prime reason it’s not the “housing play” that many investors think it is.

A passionate pursuit of painters

The recurring, predictable nature of the business is highly positive for the paint industry in general, but Sherwin-Williams possesses specific characteristics that make it virtually inevitable that it will prosper more than its competitors. That’s why my firm owns a lot of it for clients.

While it’s a global enterprise, Sherwin’s main business is its North American paint segment, which accounts for most of its profits and serves the so-called architectural market – residential and commercial buildings.  Both Sherwin and its main rival, Benjamin Moore, largely avoid big-box retailers like Home Depot and instead go to market via small, specialty-retail stores focused on the professional painter.

Benjamin Moore, which is owned by Warren Buffett’s Berkshire Hathaway, has more individual domestic distribution points than Sherwin, but they are a hodge-podge of independent hardware and specialty-paint stores.  Sherwin-Williams, by contrast, operates a network of 4,300 vertically integrated, company-owned North American stores.  Associated with the stores are a 3,000-person sales force and a fleet of 800 trucks.  All these assets function like branches of the military, separate but centrally coordinated by headquarters in Cleveland, with the singular goal of serving the professional painter and gaining more share of his or her wallet.

In a way that rivals Captain Ahab, Sherwin is maniacal about the key unit-economic driver of the pro painter: Roughly 80% of his or her expenses are labor, and only 20% is paint.  Sherwin therefore understands that a painter worries a lot about making sure his people are working, and relatively little about the cost of paint.  Because of this, everything Sherwin does is geared toward a.) producing superior paints at reasonable prices and b.) providing excellent customer service to minimize labor downtime.

A customer leaves a Sherwin-Williams store in Princeton, Illinois. The company’s expansive store network gives it an advantage over rival paint-makers.
Daniel Acker/Bloomberg via Getty Images

Benjamin Moore is a manufacturer but not a distributor, so while it makes excellent paints it has almost no control over the customer’s experience.  Benjamin Moore doesn’t have an app like Sherwin-Williams does, one on which pro painters can re-order paint after a day’s work and have it ready at the curb the next morning.  Benjamin Moore doesn’t have a truck fleet that makes more than 5,500 daily jobsite deliveries.  More generally, when Sherwin-Williams wants to roll out a new product or implement a new sales initiative, it rolls it out uniformly; with all its independent dealers, it’s not nearly so easy for Benjamin Moore. Given all this, it’s little wonder that Sherwin-Williams is growing North American paint sales at 6% to 7% per year, twice the rate of the competition. It’s also little wonder that, seven years ago, Benjamin Moore’s CEO began to move the company to a more uniform national strategy – only to be fired by Buffett, who had promised the company’s independent dealers when he bought the company in 2000 that he wouldn’t abandon them.

(Read: “The Wrath of Warren Buffett: How Benjamin Moore Almost Broke His Promise.”)

The next largest vertically integrated network, owned by PPG, has only one-fifth of Sherwin-Williams’s North American store base.  In fact, PPG’s executives get visibly annoyed when investors ask them about their store network, likely because while they’re adding perhaps 10 stores per annum, Sherwin-Williams is adding 80 to 100.  With Benjamin Moore married to its patchwork network and PPG falling further behind in store count, Sherwin-Williams’s competitive advantage is not only sustainable, it’s widening and compounding.

How the Valspar deal could pay off

Given the company’s distribution superiority, Sherwin-Williams has preferred to expand organically rather than through acquisition.  Why buy a second-rate paint company when you can grow your own?  However, the company is not above making a few large and even daring deals.  Two years ago in fact it completed one—the acquisition of Valspar—that is underappreciated and will serve to supercharge Sherwin’s natural compounding over the next few years.

Although Sherwin-Williams is known as a conservative, even stodgy company, there was nothing stodgy about the $11.3 billion Valspar deal.  Valspar owns mid-level consumer brands sold at Lowe’s and Ace Hardware, but what Sherwin really bought was Valspar’s industrial-coatings business.  This business is global in scope and one of the biggest and best in the world.  Sherwin thinks its Valspar segment can achieve growth rates of twice the industry average by re-investing research dollars into developing new value-added products that, like Sherwin’s architectural paint, customers will pay a premium for.  On the cost side, too, there are opportunities:  Because paint is a manufactured product, a merger makes it easy to close sub-optimal factories and concentrate production in the best ones. Thanks to factory rationalization, economies of scale and the sharing of best practices in both the industrial and architectural segments, Sherwin says that when the Valspar integration is complete it will yield annual cost savings of $415 million.

This is a large figure, especially given that the total recurring interest costs for the Valspar deal are only $265 million.  In Wall Street jargon, Sherwin has a “positive carry” on the Valspar deal:  The company will soon be generating $415 million a year in cost savings on a deal that it’s paying $265 million in interest costs to fund.  In addition, Sherwin’s cash equity in the deal amounted to only about $3 billion; in return, it acquired a franchise that next year will generate after-tax profits of roughly $750 million.  Sherwin thus paid four times earnings, or about one-fifth of the multiple of an average S&P 500 company, for one of the world’s leading industrial coatings businesses.

The final wonderful thing about the Valspar deal is that it gives Sherwin-Williams’s earnings a near-to mid-term boost.  Petroleum-based input costs have been rising, but Valspar’s customer contracts have prevented Valspar from passing along those price increases—until now.  When combined with the merger-related cost synergies, these price increases should allow industrial earnings to grow 50% faster than Sherwin-Williams’s core architectural segment over the next few years.

This is one of the reasons that Sherwin-Williams’ stock is good value even though it does not appear cheap at first glance.  At a recent quotation of $550 a share, the company is trading at 23 times next year’s earnings, which is hardly a bargain.  However, thanks to the Valspar cost synergies, the industrial price catchups and the juggernaut-like nature of Sherwin-Williams’s domestic paint-store network, earnings per share should compound at a growth rate of roughly 15% through 2023.  This growth will be aided by share buybacks, which can resume in force now that Sherwin has paid down enough debt after the Valspar acquisition.

In time, Sherwin-Williams’s earnings growth rate will moderate to roughly 12% a year, driven as always by its network of U.S. stores.  This growth rate is attractive because it’s well in excess of a normal American company—but it’s not the growth rate that makes Sherwin such a compelling investment.  What’s most important about Sherwin—and what’s most important about any company, as Buffett says in the quote introducing this column—is not the rate of growth but the durability of it.  A company that grows 20% a year for a few years but has no staying power is worth much less than a company that can grow at a lower rate, but forever.  Sherwin-Williams, which sells a product that will never go obsolete and possesses a store network whose competitive advantage continues to compound, has few peers in this regard.

Adam Seessel is founder and CEO of Gravity Capital Management. He owns Sherwin-Williams in funds that he manages for clients. His column, “Valuation,” appears monthly on Fortune.com.

—WeWork IPO filing withdrawn as roadshow leads to a dead end
—What’s the difference between a recession and a depression? Here’s what history tells us
—Charles Schwab on the lessons he’s learned over a lifetime of investing
—The 5 most valuable unicorns, according to their latest funding rounds
—“Performance chasing”—and why it can be perilous for your portfolio
Don’t miss the daily Term Sheet, Fortune’s newsletter on deals and dealmakers.