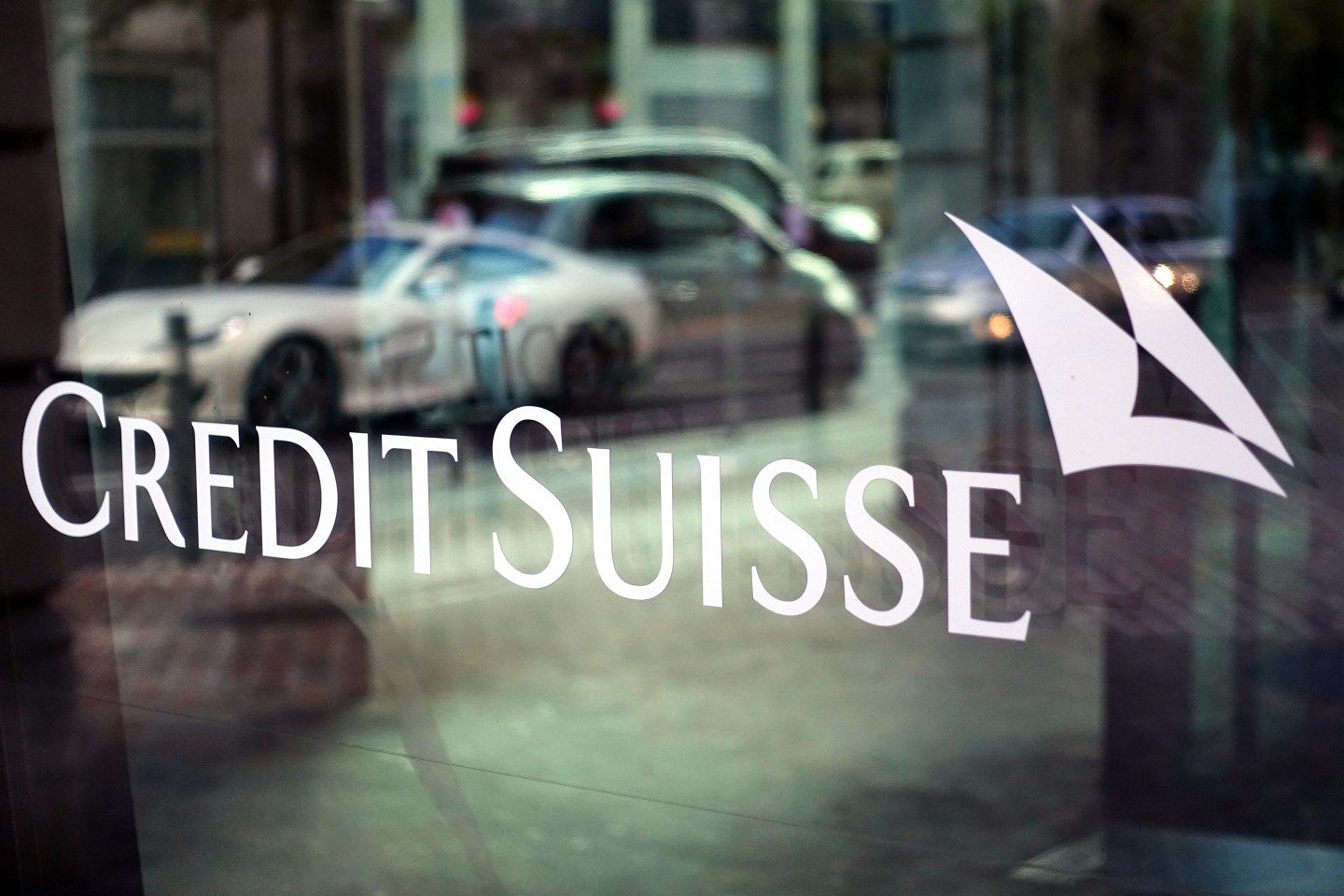 A Credit Suisse logo is displayed on the window of a Credit Suisse Group AG bank branch in Zurich, Switzerland, on Sunday, Sept 29, 2019. Credit Suisse is seeking to draw a line under one of the worst scandals in its recent history after the bank hired a private detective agency to shadow former executive Iqbal Khan because of fears hed poach employees after moving to UBS Group AG. Photographer: Stephen Kelly/Bloomberg via Getty Images
Stephen Kelly—Bloomberg via Getty Images

Chief Operating Officer Pierre-Olivier Bouee, who worked as the CEO’s chief lieutenant at three companies for more than 10 years, stepped down after ordering detectives to shadow former wealth-management head Iqbal Khan to ensure he didn’t poach clients and brokers for his new post at UBS Group AG. The bank said that he acted alone, and there was no evidence that Thiam or the board new about his actions.

Chairman Urs Rohner is seeking to contain a scandal that erupted in Swiss tabloids a week ago and escalated into a threat for the bank’s top leadership after a confrontation in downtown Zurich between Khan and the private detectives sent to spy on him. Events took on an even more dramatic turn just before the bank’s announcement, when it emerged that a contractor hired by the bank to recruit the investigative agency took his own life.

“The COO said that he alone, in order to protect the interests of the bank, decided to initiate the observation of Iqbal Khan,” the bank said. The investigation “didn’t identify any indication that the CEO had approved the observation.”

The bank said its investigation also didn’t find any evidence that Khan had attempted to poach employees.

Rohner struck a contrite tone at a press conference in Zurich on Tuesday, apologizing to Iqbal Khan and his family, the bank’s own employees and expressing “regret” at the contractor’s death. At the same time, he deflected questions as to whether he should take any personal responsibility for an action that Credit Suisse said was “wrong and disproportional and has resulted in severe reputational damage to the bank.”

“Whilst it is understandable that companies hire third parties to monitor employees, especially when acting in a highly competitive market and there has been a breakdown in the relationship, it is unacceptable to infringe on the private lives of individuals,” said Bambos Tsiattalou, a criminal defence lawyer at Stokoe Partnership. “Those with knowledge of activities of this nature should be held accountable for any wrongdoing exposed.”

Bouee’s resignation sees Thiam lose a close ally whose career has closely followed that of his own. They both moved to Prudential Plc in 2008 from Aviva Plc, where they worked together for about four years. Bouee started his career in the French Treasury before he moved to McKinsey & Co. in 2000, where Thiam also worked.

He was named his chief of staff at Credit Suisse in 2015 and later became chief operating officer, responsible for global operations, IT and security. As such, any official surveillance fell under his purview. The bank said today it also accepted the resignation with immediate effect of the head of global security services.

James B. Walker, who currently holds senior roles in the bank’s finance organisation, will be appointed as Chief Operating Officer and member of the executive Board with immediate effect.

While it’s common for banks to try to prevent staff who leave from poaching colleagues, the spying case has shaken Switzerland’s reputation for quiet professionalism and raised questions about who ordered the surveillance and who knew about it.

With the COO’s resignation, Thiam is being spared responsibility for the drama after coming under criticism when it emerged that he and Khan had a falling out. The two men are neighbors in the upscale neighborhood of Herrliberg outside Zurich, and Khan had enjoyed a rapid rise through the ranks of Credit Suisse, promoted by Thiam to lead a key unit.

But their relations soured this year and their rift had been an open secret inside Credit Suisse for months. In January, the two had an argument during a party at Thiam’s house, people familiar with the situation have said. Their dispute escalated, mixing the personal and the professional. The two reportedly tussled over issues related to their adjoining villas in an upscale neighborhood of Zurich to Khan’s career prospects after a corporate reorganization that saw two colleagues elevated. By July, he had decided to leave the bank and the following month agreed to join UBS.

One of the bank’s top investors defended Thiam against criticism, including from former Credit Suisse CEO Oswald Gruebel, warning that his ouster would hurt the bank. The scandal also exposed the dearth of internal candidates who could potentially replace Thiam.

“We are fully supportive of CS’s management actions taking any legal steps necessary to protect the company and think it would be damaging to CS and its stakeholders to lose any member of senior management over this issue” David Herro, deputy chairman of Chicago-based Harris Associates, said before the decision.