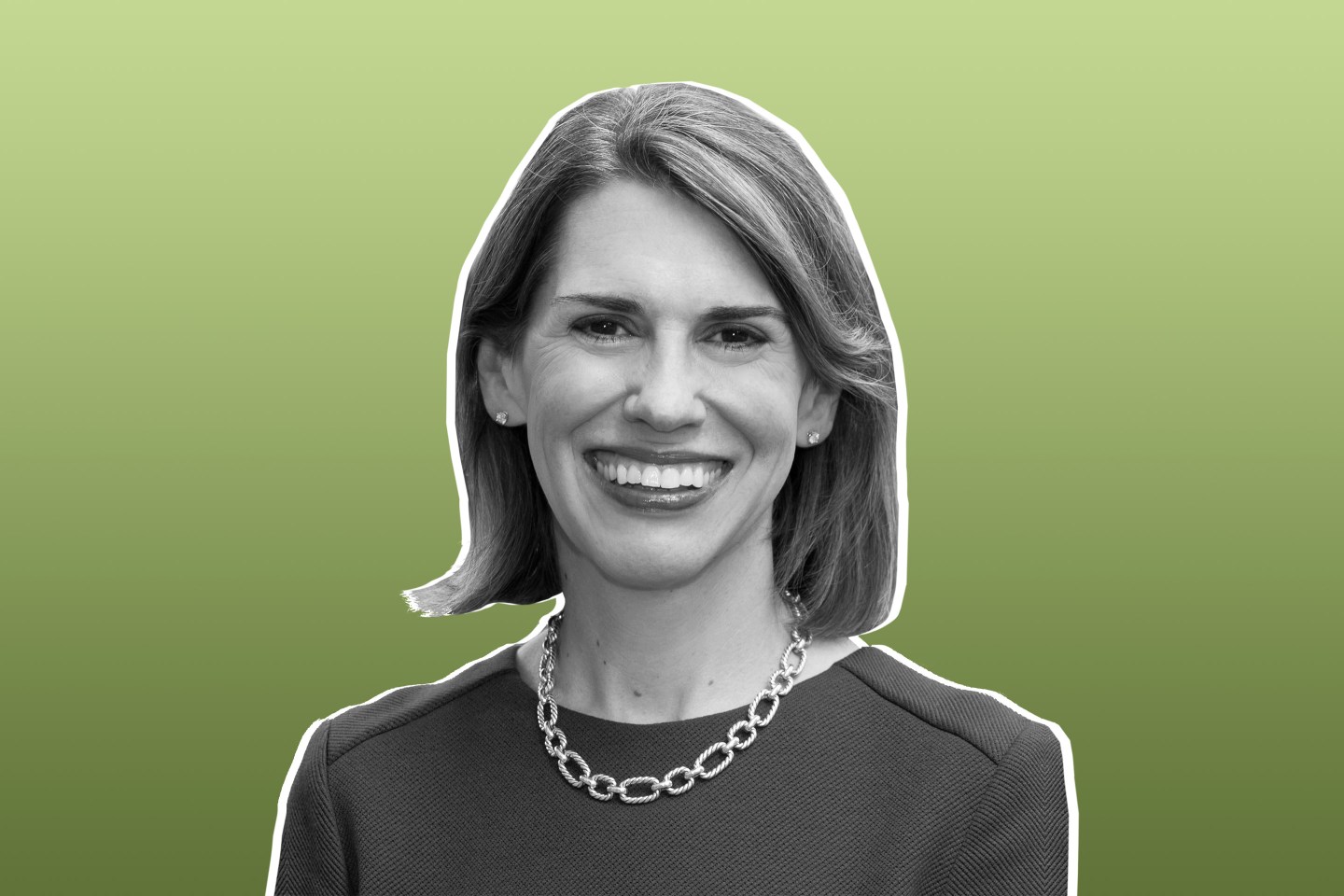 More and more consumer products companies have sustainability officers, as do fashion houses, grocery store chains, and car makers. But does a bank need one?

Citigroup, for one, says yes—in part, because shareholders are demanding it.

“Shareholder expectations of what banking and the private sector can do has never been higher,” says Val Smith, whom Citi promoted to chief sustainability officer on September 9.

Smith, 49, is based in New York. She began her career at Citi as a manager in the environmental affairs unit in 2004 and previously held the job of global head of corporate sustainability for the bank. The new CSO title—for a newly created role—reflects the extent to which the bank is integrating sustainability and climate into every aspect of its business, she says. Smith reports to Ed Skyler, executive Vice President of Global Public Affairs, who reports to the CEO.

For example, the bank is focusing on assessing the risk that climate change poses to sectors it finances and on developing ‘green’ financial products. No. 32 on Fortune’s 2019 Global 500 list with $97 billion in revenue and $18 billion in profit, Citigroup is targeting $100 billion worth of financing towards environmental solutions from 2014 to 2023, and in January, it issued its first green bond.

Initially, the push for green products came from the bank’s clients, Smith says; they were looking for ways to link their financial health and their sustainability goals. But increasingly, she said, it’s also the other way around, with the bank going to customers with green products, like loans with interest rates tied to the borrower meeting emissions reduction targets.

“Sometimes it is push-pull, but I think increasingly we’re all moving forward in unison,” she says.

While Citi’s green financing focus is not new, there is fresh momentum behind the push from the bank’s investors, who—in turn—are facing internal pressure to address climate risks and integrate sustainability into their operations, Smith says.

Accelerated action on the issue of climate change is at play in the finance industry at large. The world’s central banks have become increasingly outspoken on climate change risks as they relate to the financial system. In April, an open letter from the Network for Greening the Financial System—which counts the Bank of England and the Banque du France among its leading members—warned that central banks must not ignore the threats climate change poses to financial stability, despite the group reasoning that responsibility for climate policy ultimately sits with governments.

In China, the Industrial and Commercial Bank of China (ICBC), the world’s largest bank by assets, has said that climate stress tests have shifted their approach to financing; it’s incentivizing renewable energy businesses and tightening financing for coal companies.

“Stakeholders are increasingly focused on the finance sector as a real lever for change,” Smith said.

—The Internet cloud has a dirty secret—Nestlé has a plan for reducing emissions—and it starts with happier cows
—Grading Amazon on climate change: better than Walmart, worse than Apple
—Google has bought enough renewable electricity to power all of Uruguay
—Listen to our audio briefing, Fortune 500 Daily
Subscribe to The Loop, a weekly look at the revolutions in energy, tech, and sustainability.