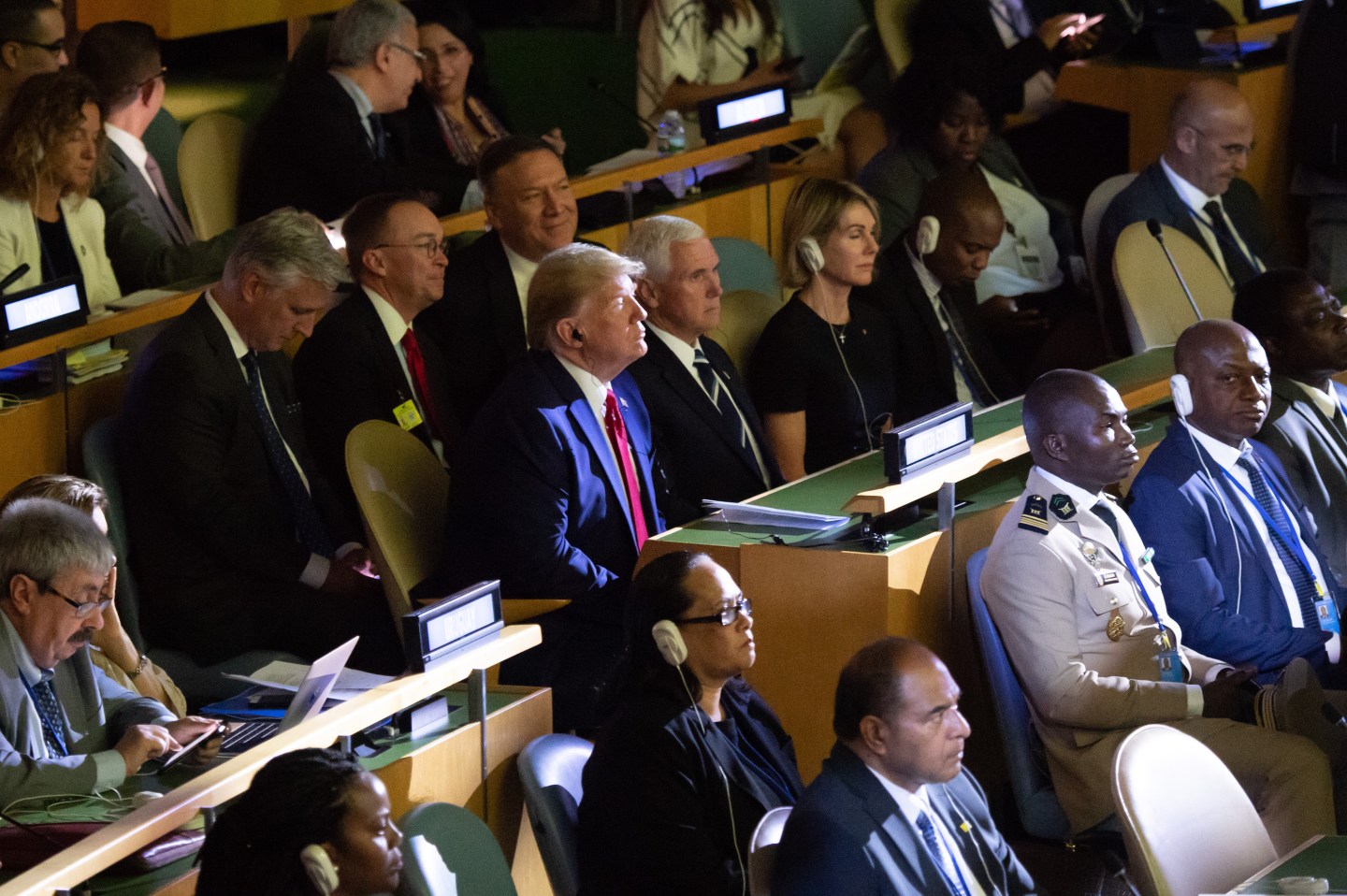 President Donald Trump this afternoon is denying he told the president of Ukraine that his country would only get U.S. aid if they investigated the son of Democratic rival Joe Biden.

During a meeting Monday on the sidelines of the United Nations, Trump said emphatically: “I didn’t do it.”

He said he hoped people would be able to eventually see a transcript of the call. He says if his critics ever see it, they will be “very disappointed.”

Trump said he didn’t put “any pressure” on Ukraine to investigate Hunter Biden.

His comments came amid reports he pressured Ukraine’s leader to help investigate political rival Joe Biden at the same time the White House was withholding $250 million in aid to the Eastern European nation.

Chuck Schumer says in a letter sent Monday to McConnell that the Republicans’ “see no evil, hear no evil” attitude toward the president’s actions “is unacceptable and must change.”

The New York Democrat called on McConnell to take five specific steps to probe the situation, including issuing a subpoena to compel the whistleblower’s complaint to be delivered to Congress.

Schumer also said Republicans should tell the White House to release transcripts of Trump’s conversation with the Ukrainian president and identify who in the White House sought to delay $250 million in aid to Ukraine. Trump reportedly asked the foreign leader to investigate his chief political rival, Joe Biden.

—Trump turns his United Nations visit into a campaign stop
—Higher international postal rates loom before Christmas T
—he story behind Biden’s son, Ukraine, and Trump’s claims
—These are the 2020 senate races to watch
—Can Andrew Yang win in 2020? Inside his unorthodox campaign
Get up to speed on your morning commute with Fortune’s CEO Daily newsletter.