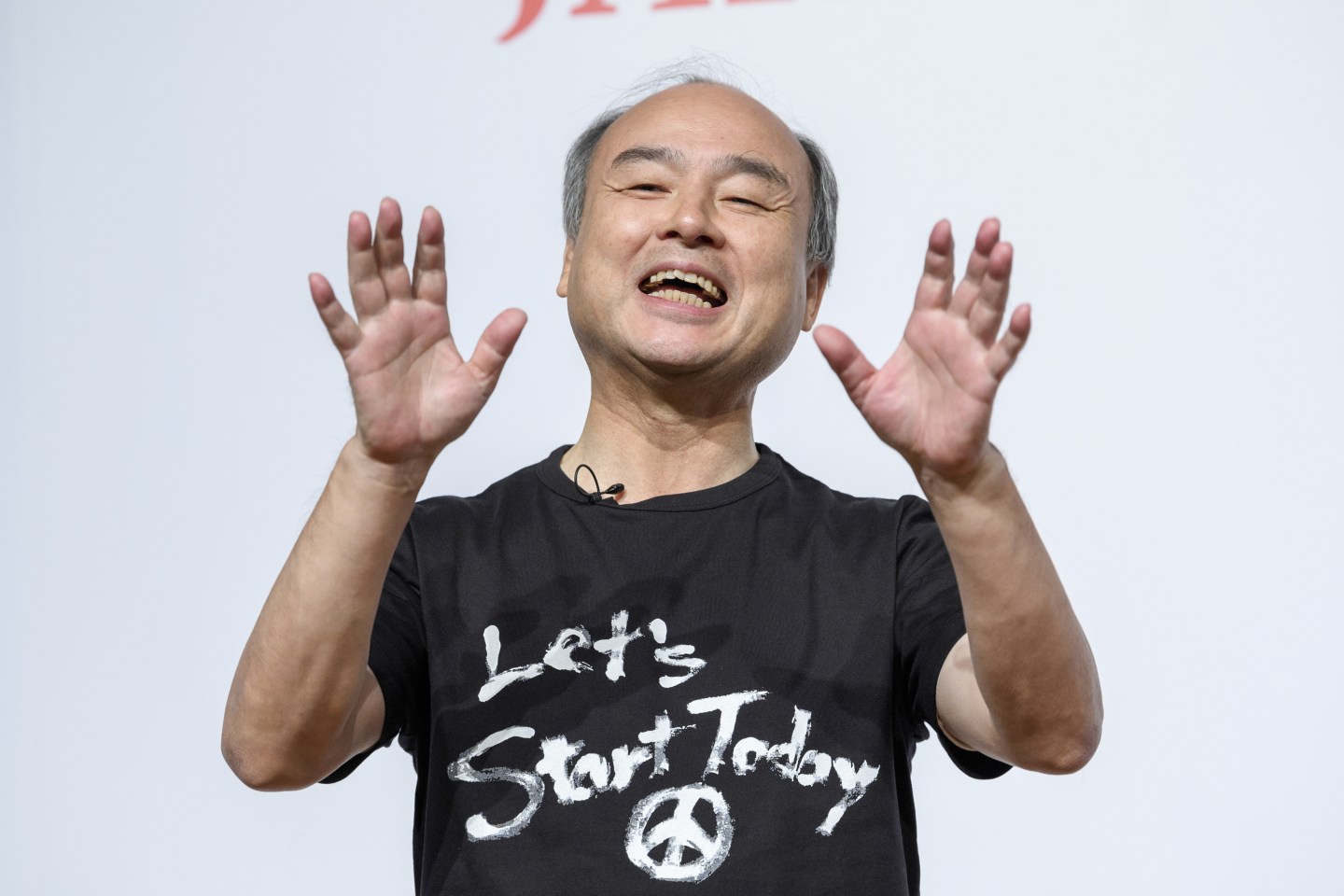 Masayoshi Son, who built a $15.2 billion fortune investing in tech startups like Alibaba Group Holding Ltd., is betting on himself more than ever, even as his empire shows signs of vulnerability.

The SoftBank Group Corp. founder has pledged 38% of his stake in the Japanese firm as collateral for personal loans from 19 banks, including Credit Suisse Group AG and Julius Baer Group Ltd., according to a June regulatory filing. That’s up from 36% at the start of the year and triple the level in June 2013.

“It lets him monetize a large share of his wealth without foregoing influence over the firm,” said Michael Puleo, assistant professor of finance at Fairfield University’s Dolan School of Business in Connecticut. “But there’s an elevation of crash risk. If the share price falls low enough, he could get a margin call and that could be pretty costly.”

The structure highlights the extent of Son’s exposure to SoftBank and its $100 billion Vision Fund. Shares in the Japanese conglomerate have been rocked recently by the postponement of WeWork’s initial public offering. The delay came after the office-rental unicorn was being marketed at a steep discount to the $47 billion figure that the Tokyo-based conglomerate invested at earlier this year. That’s spooked investors, who sent SoftBank’s shares down 5% at one point this week as the listing unraveled, knocking $770 million off Son’s net worth. The stock has still advanced roughly 27% this year.

Son, 62, also has leveraged his stake in the Vision Fund, which invests in tech startups. That boosts his returns if things go well, with outsized losses if they don’t. Uber Technologies Inc.’s falling market capitalization and WeWork’s travails are set to dent the 62% return on the fund that SoftBank reported through March.

“There is a danger in companies where the founder calls all the shots regardless of whether there are loans,” said Robert Pozen, a senior lecturer with the MIT Sloan School of Management in Boston. “And when founders borrow a lot against their shares, they might be more tempted to make riskier decisions,” he said, adding that borrowing against 5% of one’s stake is usually considered reasonable.

SoftBank’s compensation plan also involves a lot of debt. Son loaned himself around $3 billion to invest in the first Vision Fund, according to people with knowledge of the matter, who asked not to be identified because the information isn’t public. Using loans for a private investment compounds Son’s risk because he would be less able to bail himself out if things go south, Pozen said.

The loan was swapped for equity in the fund and will generate profits when deals make money — and losses when they don’t. Vision Fund employees, including high-profile bankers and investors, receive base salaries and bonuses, but only get payouts when profits are booked.

It’s unclear how much of this compensation will be reported in SoftBank’s next annual report. Son’s pledged shares, which currently have a market value of $9 billion, are excluded from his net worth calculation by the Bloomberg Billionaires Index. SoftBank spokeswoman Hiroe Kotera declined to comment.

SoftBank is planning to lend as much as $20 billion to its employees to buy stakes in a second venture capital fund, the people said. Son may account for over half of the employee investment pool, they said.

Pledged shares have become an increasingly common way for founders to unlock the value of a stake without selling shares. Larry Ellison has a history of pledging Oracle Corp. stock to fund a lavish lifestyle, which includes trophy properties, America’s Cup teams and the Indian Wells tennis tournament. About 27% of his Oracle shares — worth more than $16 billion — are currently pledged. Elon Musk has pledged about 40% of his stake in Tesla Inc., according to a May 2019 filing.

The risk-loving Son, who saw $70 billion wiped from his fortune in the dot-com crash, is unlikely to be fazed. He told shareholders at the company’s June meeting that SoftBank’s investment portfolio could grow 33-fold to 200 trillion yen ($1.8 trillion) in 20 years.