While WeWork Struggles to Sell its IPO, Competitors like Knotel Are Gaining Ground 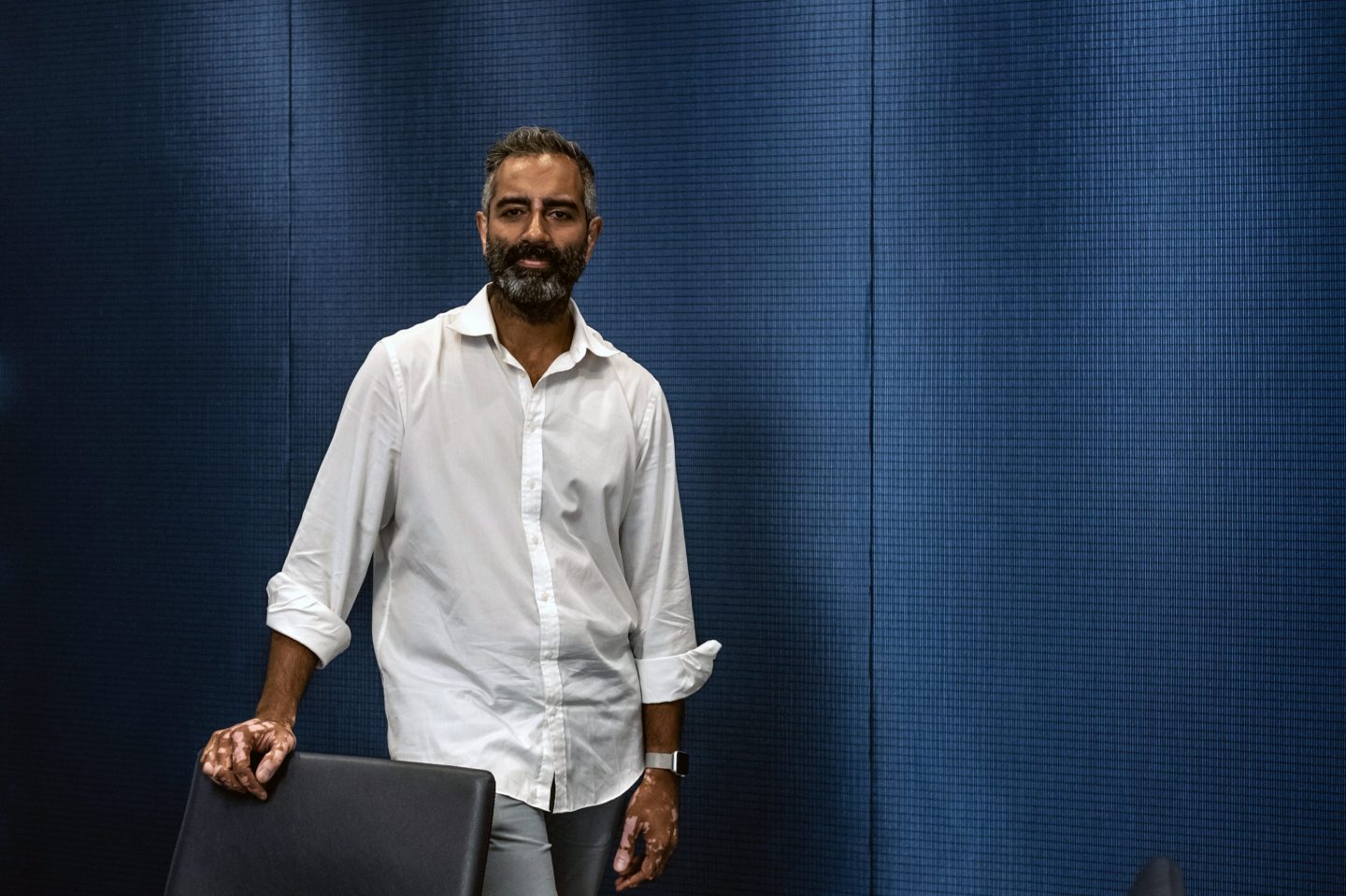 Amol Sarva, co-founder and chief executive officer of Knotel Inc., stands for a photograph at the company's office in New York, U.S., on Thursday, Aug. 22, 2019. Knotel Inc., which pitches itself as a steadier investment than much larger competitor WeWork, raised $400 million at a valuation that catapults the startup to unicorn status. Photographer: Misha Friedman/Bloomberg via Getty Images
Misha Friedman—Bloomberg via Getty Images

Given the struggles WeWork has had getting its long-anticipated IPO off the ground, you might think the entire “flexible office” industry is troubled.

Not so. Office provider IWG (formerly Regus), a legacy shared office player that was founded 30 years ago, has seen its share price on the London Stock Exchange double over the course of 2019. And several smaller, upstart competitors to WeWork—companies like Spaces, Industrious, and Convene—have carved their own growing niches in the space in recent years.

Count New York-based Knotel among the newer firms to have found success in WeWork’s realm. The company, founded in 2016 by tech entrepreneur Amol Sarva, has grown prolifically in recent years by tweaking the flexible office model. Rather than targeting the kinds of startups and small businesses on which WeWork built its coworking business—one where numerous tenants share the same workspaces—Knotel exclusively serves corporations, or “enterprise” clients, to whom it effectively subleases entire offices.

Knotel’s own business philosophy isn’t that far from that of WeWork and others in the coworking sector. They share the belief that the traditional means through which companies have leased their office space is fundamentally flawed.

“It’s about being a high-quality, efficient, enterprise vendor of workspaces for companies,” Sarva tells Fortune. “We say to the customer—a global enterprise—that we’re going to figure it all out for you and go beyond what any landlord has done for you, from the day you move in until six months or two years later.”

Rather than provide a conventional, long-term office lease that locks a tenant in to a set amount of space over a prolonged period of time—often 10 years or longer—Knotel offers space to corporate enterprise clients on much shorter terms, usually six months to five years. That allows its clients, which include major corporations like Starbucks, Microsoft, AT&T, and Oracle, to add or reduce their footprint as their needs grow and contract.

Like most coworking firms and flexible office providers, Knotel does this by leasing that space itself from office landlords. The company then designs, builds, and manages the space on behalf of the companies that will occupy it. While there aren’t free kegs of beer, a la WeWork’s locations, workplace design and aesthetic are important principals on which Knotel crafts its spaces—allowing it to “mass-produce masterpieces” for its clients, in Sarva’s words.

Mass production is certainly an adequate way of putting it, given the extent to which 42-year-old Sarva has scaled Knotel’s business since founding the company in 2016. The company says it now operates spaces in 224 buildings in 15 cities around the world. While roughly half of Knotel’s buildings are in New York City, its 243 clients occupy spaces in such locales as diverse as San Francisco, Madrid, Berlin, and Sao Paolo. (WeWork, which was founded in 2010, operates nearly 528 locations in 111 cities across 29 countries, according to its S-1 prospectus filed last month.)

Last month, Knotel sealed a $400 million Series C funding round led by Wafra, a $20 billion investment arm of Kuwait’s sovereign wealth fund, that valued it at north of $1.3 billion. The deal cemented unicorn status for a company that Sarva says has grown at a 10X-rate annually. Whether that growth has hindered the firm’s bottom line, like it has WeWork’s, is unclear; Knotel declined to provide specifics the company’s financials.

Knotel plans to use the recent influx of capital to further the company’s expansion—both in the markets that it’s already active in, as well as up to a dozen new cities. But Sarva is under no illusions about the relatively minuscule piece of the vast industry they occupy; the flexible office sector comprises only 1.8%, or 71 million square feet, of the total office space across 40 of the largest markets in the U.S., according to a recent report by commercial real estate brokerage CBRE.

Sarva likes Knotel’s chances of outlasting some of its neighbors in coworking. “Certainly, the guys who are champions of coworking deserve to be the kings of coworking that they are,” Sarva says. “But there are two things we always believed were mistakes in their strategy: the office market is about enterprise [companies], and you can only build a large company if it’s capital-efficient and uses money well to create value.”

Given those dynamics, he notes that coworking serves an altogether too limited segment of the overall commercial real estate industry, and is “never going to be more than 1% of the global office market.”

“Most companies don’t need a two-person box; what they need is a better solution for delivering offices,” Sarva adds.

WeWork, of course, is vying for the same type of corporate clients. The shared office provider has significantly expanded its own enterprise business in recent years, claiming in its S-1 that “40% of our memberships were with enterprise members,” or organizations “with more than 500 employees.”

While some observers have pondered how the coworking and shared-office industries will fare should the economy weaken, Sarva sees this moment as an opportunity to capitalize by targeting companies that will turn away from longer-term financial commitments and opt to “drop their leases and shop flex.”

“I think we’re going to see a tidal wave of demand when [economic] trouble comes,” he says. “There’s a lot of evidence that a flexible platform is going to be a far more efficient way of consuming office space.”