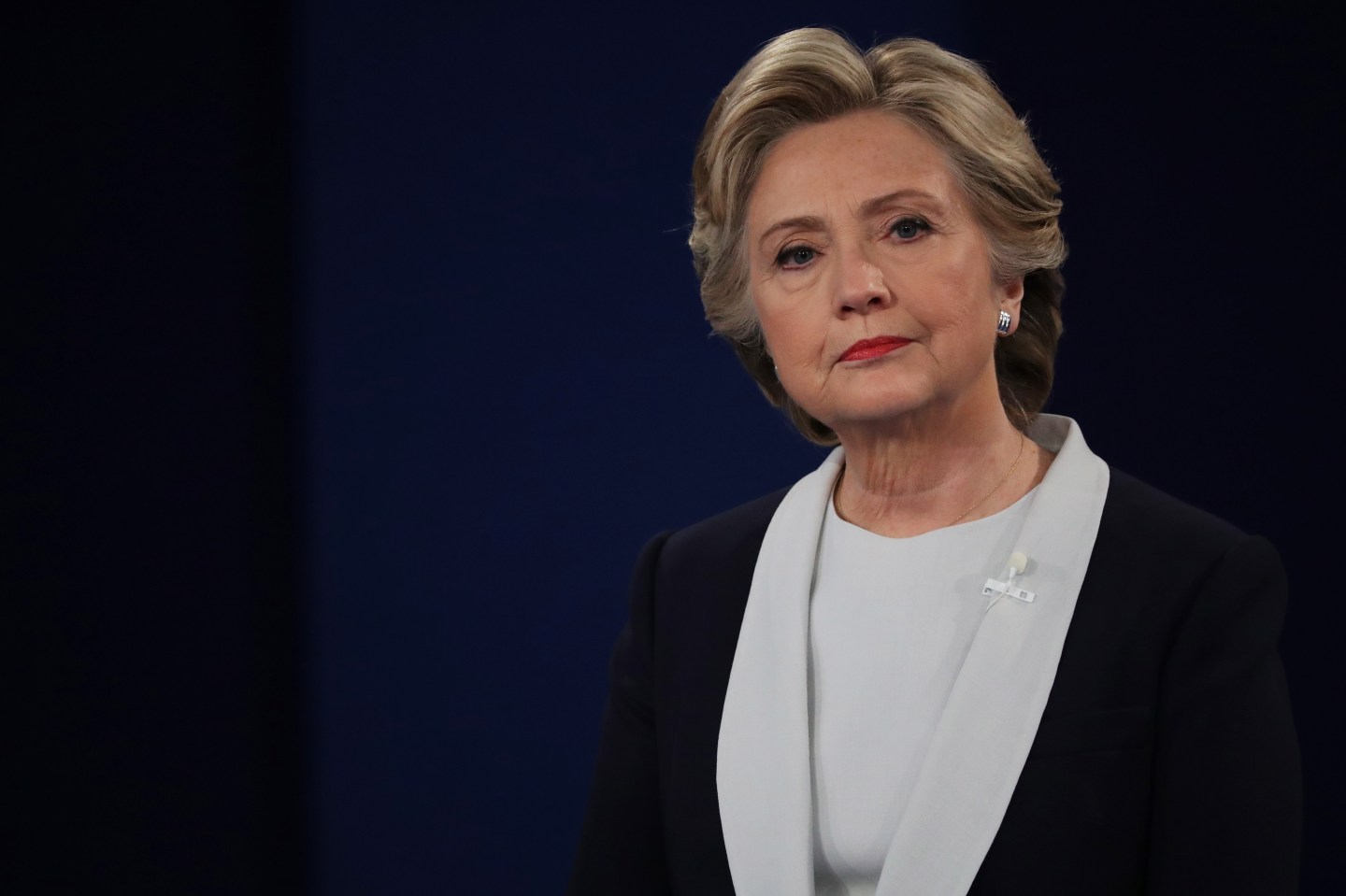 Former Secretary of State Hillary Clinton sees a “crisis of democracy” growing in the U.S., and voter suppression, hacking, and fake news are to blame.

Speaking at the “In Defense of American Democracy” forum at George Washington University, Clinton took particular aim at President Trump and his re-election efforts. Clinton accused Trump of spreading “fake endorsements and outright lies” about Democrats, adding that the hundreds of thousands of dollars his campaign is spending on Facebook ads each week violate the company’s terms of service—and Facebook is doing nothing to stop it.

Claiming that the tech giant was allowing the proliferation of “Trump’s propaganda efforts,” Clinton said that “even though these posts violate Facebook’s stated Terms of Service, they’re still up. Facebook is still paid for them. And the people who are targeted to receive them still believe them.”

She went on to highlight Facebook’s unwillingness to take down deep fakes, such as a deep fake video created of House Speaker Nancy Pelosi this year.

“Facebook’s answer was, ‘well we’re going to let people decide for themselves,’” she recounted. “How can you decide for yourself when what is presented is blatantly false and manufactured?”

“Phony, false online news stories” are also contributing to the crisis we’re seeing, along with “racist and white supremacist views” that are being “lifted up in the media and the White House.”

Perhaps most significantly, however, the right to vote is not being protected, Clinton said.

“We are witnessing a deliberate and ongoing effort to undermine the integrity of our elections and silence millions of Americans,” Clinton said. “It’s no accident. It’s in service to their larger goals of obtaining and keeping power.”

These concerns, along with the still-present threat of foreign interference in American elections, create a “fundamental set of threats to the bedrock of our democracy,” Clinton argued. “Anyone who stands in the way of confronting those threats,” she went on, “from Mitch McConnell and his allies, to the president himself, is abdicating their responsibility to protect and defend the constitution.”