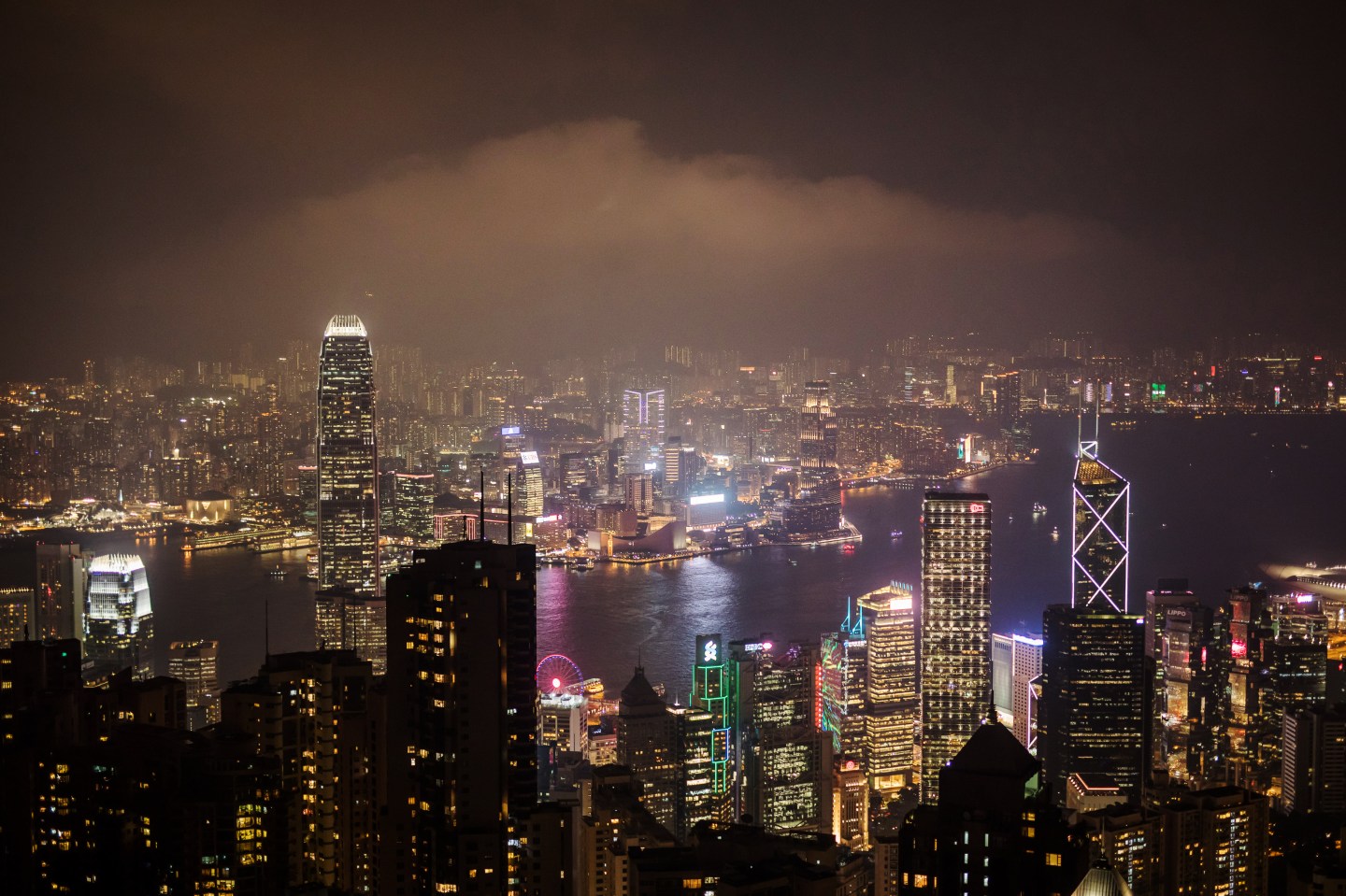 Buildings on the Hong Kong skyline are seen from Victoria Peak at night in Hong Kong, China, on Wednesday, Aug. 28, 2019. Anti-government protesters in Hong Kong have sustained their momentum since the first rally on June 9, creating the biggest crisis for Beijings rule over the former British colony since returning to China in 1997. On Monday, Sept. 16, the protests, which show no sign of stopping, will reach the 100-day mark. Photographer: Paul Yeung/Bloomberg via Getty Images
Paul Yeung—Bloomberg via Getty Images

China told its biggest state-run firms to take control of Hong Kong companies, Reuters reported, a move that would extend the mainland’s reach in a city rocked by anti-Beijing protests for more than three months.

The directive came during a meeting held this week in Shenzhen, where the government urged senior representatives from nearly 100 of China’s largest state-owned enterprises to help cool the crisis in Hong Kong, according to the report, which cited executives familiar with the matter. SOEs pledged to invest more in industries such as property and tourism, Reuters said.

In the meeting, organized by the State-owned Assets Supervision and Administration Commission that oversees China’s SOEs, government firms were urged to assert more control of Hong Kong companies and have decision-making power rather than simply holding stakes, according to Reuters. Most Hong Kong business elite are “just not one of us,” the report cited an unnamed SOE executive who attended the meeting as saying.

The report could further fuel concern that China is stepping up efforts to assimilate Hong Kong — something that anti-Beijing protesters in the city have been opposing, sometimes violently, since June. Political tensions have spilled over to the business sector as Cathay Pacific Airways Ltd. faced heavy backlash from the mainland after the carrier’s employees joined the demonstrations.

“This will mean that Beijing will have more control, not only in politics but in the economy as well,” said Joseph Cheng, a retired political science professor and pro-democracy activist. “Given Beijing’s perspective, Hong Kong’s economy will be less and less independent and more integrated in the Greater Bay Area — and that’s more in line with Beijing’s long term plan.”

SASAC didn’t immediately respond to a faxed request for comment on Friday, which is a holiday in China.

Hong Kong companies will have to toe Beijing’s line more closely than before while also buying into China’s longer term strategic projects such as the integrated Greater Bay Area alongside Macao, Shenzhen and other southern Chinese cities, Cheng said.

Hong Kong is entering a 15th weekend of protests that have at times crippled parts of the financial hub, including its transport network. Demonstrators are concerned about Beijing’s tightening grip on the city, which has seen a plunge in visitors and a slowdown in economic growth.

Separately on Thursday, the Communist Party’s flagship mouthpiece People’s Daily issued an editorial warning Hong Kong developers against hoarding land, urging the city’s government to consider buying some of it back to bring down housing prices, which are infamously high.

The former British colony was returned to China in 1997 and guaranteed a “high degree of autonomy” for 50 years, including free speech, free press, capitalist markets and English common law under the so-called “one country, two systems” framework that gives Hong Kong certain freedoms unavailable in Communist China.