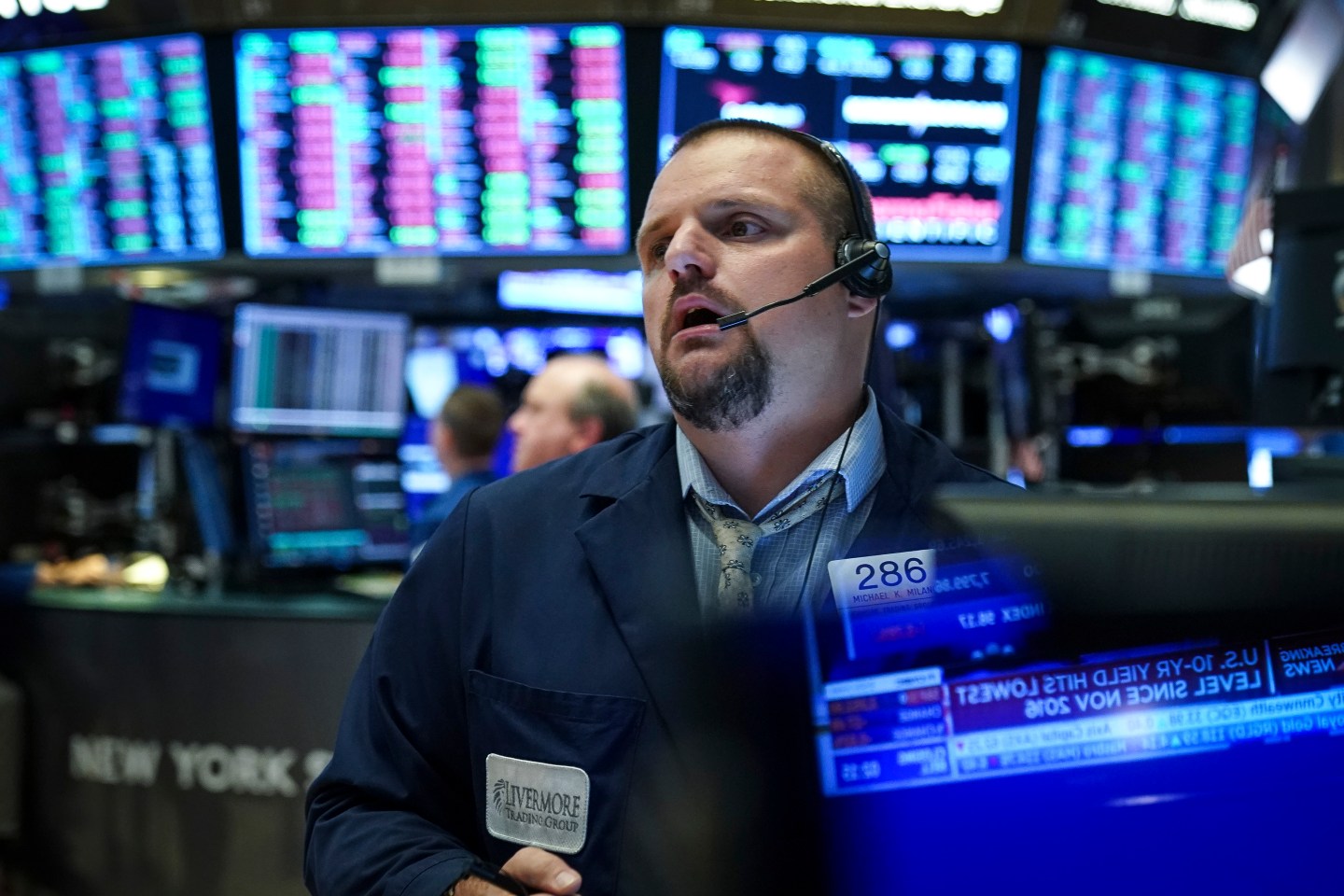 Traders and financial professionals work ahead of the closing bell on the floor of the New York Stock Exchange in New York City. Global stocks tumbled around the world as the coronavirus pandemic derailed the global economy. Wire photography: Getty Images
Drew Angerer—Getty Images

Make market volatility great again? Analysts at JPMorgan Chase & Co. have created an index to gauge the impact of Donald Trump’s tweets on U.S. interest rates, which they say is on the rise.

The ‘Volfefe Index’, named after Trump’s mysterious ‘covfefe’ tweet, suggests that the president’s tweets are having a statistically significant impact on Treasury yields. The number of market-moving Trump tweets has ballooned in the past month, with those including words such as ‘China,’ ‘billion,’ ‘products,’ ‘democrats,’ and ‘great,’ most likely to affect prices, the analysts found.

“Trade and monetary policy have become an increasing focus for the executive branch, and everything from casual sentiments to seemingly formal policy intentions have been disseminated, globally and instantaneously, via this carefully scrutinized social media platform,” analysts led by Josh Younger and Munier Salem wrote. “In response, a broad swath of assets from single-name stocks to macro products have found their price dynamics increasingly beholden to a handful of tweets from the commander in chief.”

The president has averaged roughly 10 tweets a day since the start of 2016, with 10,000 tweets occurring after his inauguration in 2017, according to JPMorgan’s analysis. Trump’s Twitter activity reached a low of five tweets per day heading into his official inauguration, but has picked up substantially since late 2018 — with his highest number of tweets in the past four years occurring in recent months.

JPMorgan’s analysis looked at Treasury yields in the five minutes after a Trump tweet, and the index shows the rolling one-month probability that each missive is market-moving.

They found that the Volfefe Index can account for a “measurable fraction” of moves in implied volatility, seen in interest rate derivatives known as swaptions. That’s particularly apparent at the shorter end of the curve, with two- and five-year rates more impacted than 10-year securities.