New Book Reflects on High Dining Through Windows on the World 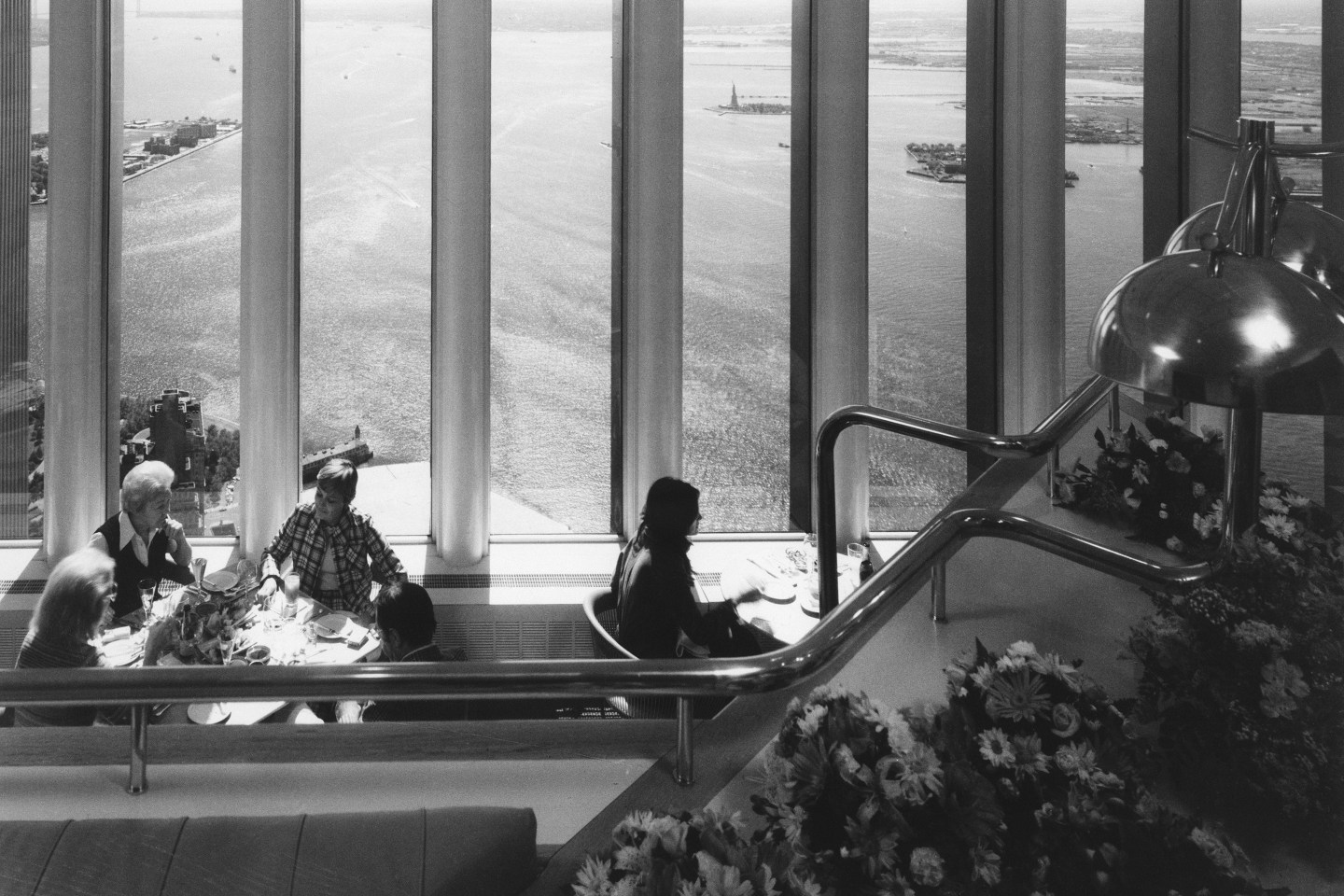 Among the dining spots that people who also eat with their eyes flock to is Windows on the World, one of the city's most talked-about restaurants, on the 107th floor of the World Trade Center's North Tower. Bettmann / Contributor/Getty Images
Bettmann/Getty Images

Before Sept. 11, 2001, the restaurant Windows on the World was figuratively and literally at the pinnacle of fine dining in America. It was one of the highest-grossing restaurants in the nation and the loftiest, sitting on the 107th floor of the North Tower of the World Trade Center. Tom Roston’s The Most Spectacular Restaurant in the World (Abrams Press) opens with the inevitable prologue set on the restaurant’s final morning. But the book offers a completely new perspective on the history of the acclaimed establishment, which opened its doors in 1976. This isn’t just an account of the restaurant but also a history of fine dining over the past 150 years, rooted in the emergence of New York’s restaurant culture and following the ebb and flow of the city’s own tumultuous history over the second half of the 20th century.

A version of this article appears in the September 2019 issue of Fortune with the headline “High Dining.”

—Vancouver is a haven for cheap but delicious tasting menus
—Vietnamese egg coffee is taking North America by storm–but what is it?
—Why Charleston’s food scene is stronger than ever right now
—Honolulu’s hottest restaurants take Hawaiian paradise beyond the beach
—Listen to our new audio briefing, Fortune 500 Daily
Follow Fortune on Flipboard to stay up-to-date on the latest news and analysis.