Hong Kong Stocks Are Having Their Worst Streak Since 1984 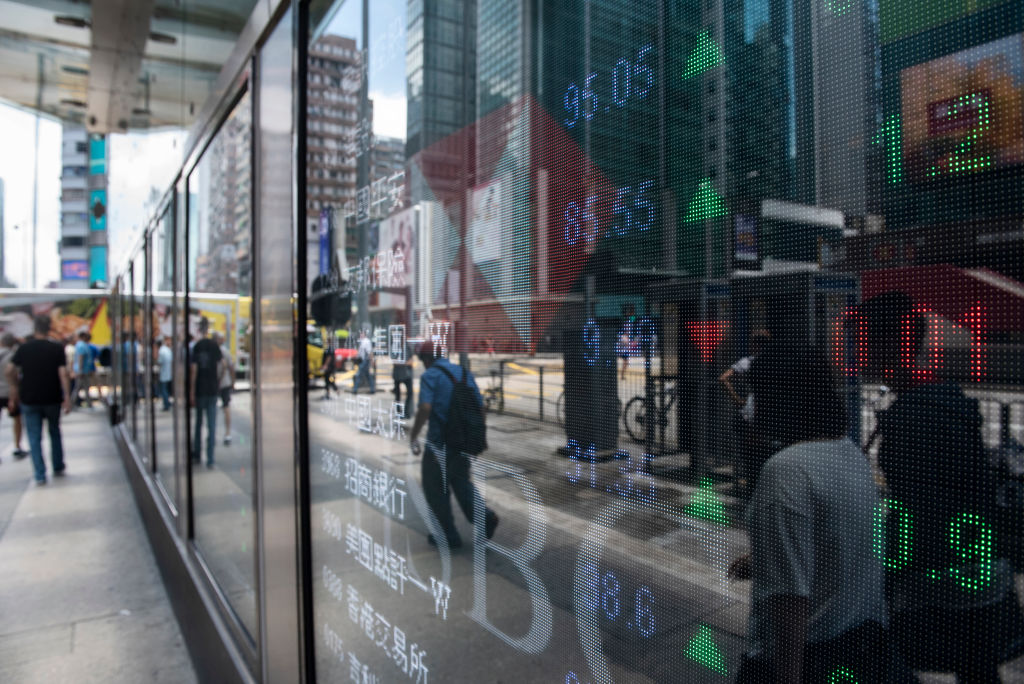 The MSCI Hong Kong Index closed 0.6% lower, its 10th straight decline a day after a general strike led to traffic chaos, violence, tear gas and flight cancellations in the city. The index pared an earlier loss of as much as 3.2%.

The last time Hong Kong stocks had such a long losing streak was June-July 1984, five months before the U.K. and China signed the Sino-British Joint Declaration for the handover of Hong Kong to China in 1997. A year earlier in 1983, the Hong Kong dollar had been pegged to the greenback.

The benchmark Hang Seng Index — which includes shares of Chinese companies earning in yuan — also pared an earlier decline to close down 0.7%. “The market is quite oversold after days of declines,” said Daniel So, CMB International Securities strategist in Hong Kong, adding that a rebound in U.S. index futures in the afternoon gave a lift to sentiment.

Hong Kong business confidence, already strained by the trade war, faces fresh challenges as street clashes damp spending and deter tourists. In some of the Chinese government’s strongest comments yet on the unrest gripping the Asian financial hub, officials from the Hong Kong and Macau Affairs Office in Beijing urged Hong Kong citizens to stand up to protesters challenging the government. “Those who play with fire will perish by it,” Office spokesman Yang Guang said.

“Investors are still very worried and the situation is not getting better,” said Linus Yip, chief strategist at First Shanghai Securities. “The selling pressure is still big. Fears include the escalating trade war, depreciating yuan and the local political situation. I think 25,000 is a key level for the Hang Seng Index, and losing this support level would cause extra selling pressure.” The index closed at 25,976.24 on Tuesday.

The yuan’s plunge past 7 per dollar has intensified concerns about the U.S.-China trade war and prompted the Trump administration to formally label China a currency manipulator. The onshore and offshore currencies recovered some ground Tuesday after a stronger-than-expected fixing.

Hong Kong’s currency also reflected the sense of anxiety, falling the most in more than three-and-a-half years Monday before climbing as much as 22% Tuesday, the most since-mid-June, as the yuan recovered some ground.