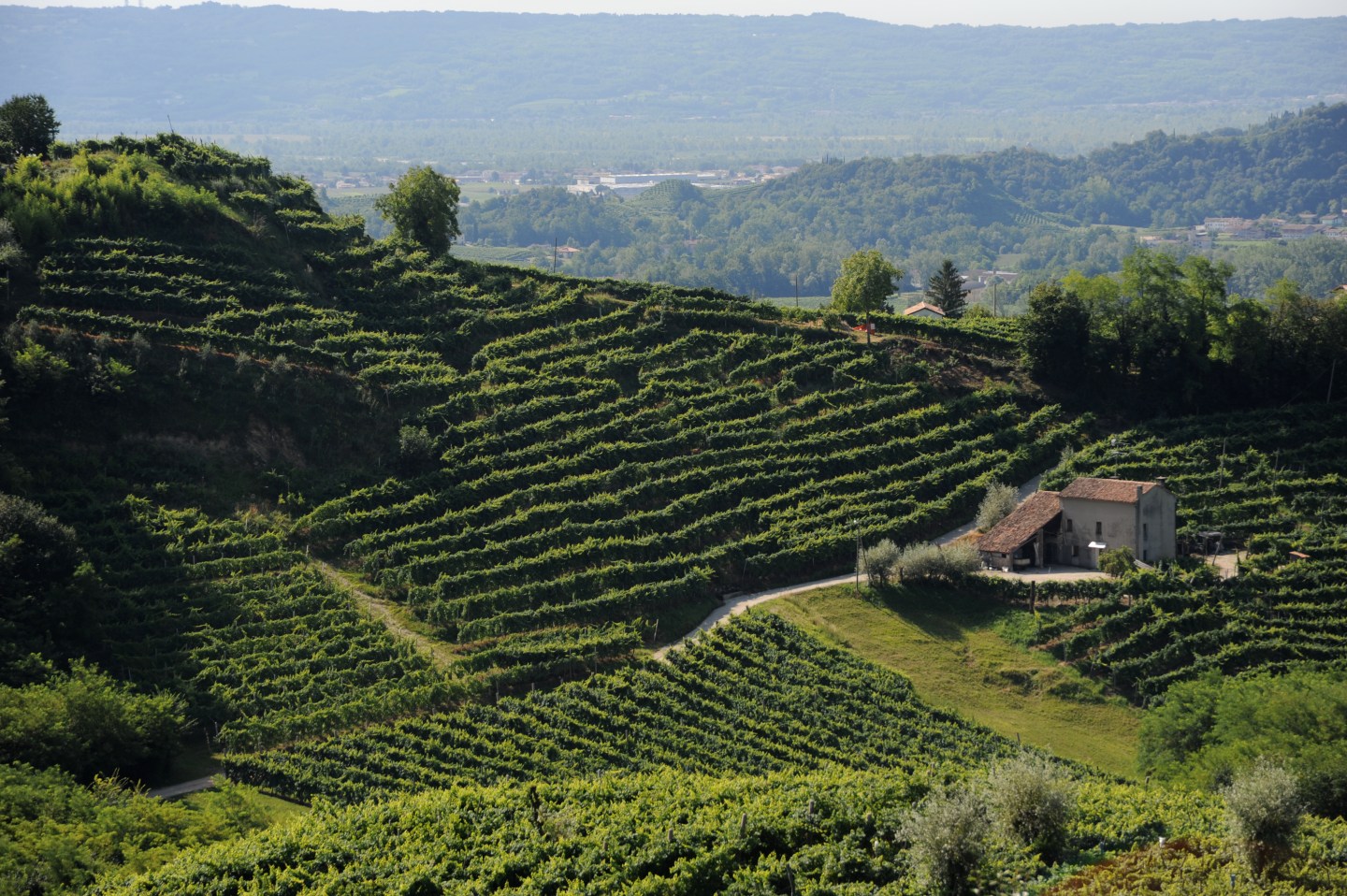 Nearly 200 producers of Prosecco in Italy make a rosé sparkling wine. But there’s a catch: They cannot legally call it Prosecco.

Right now, there is no guarantee of quality or even origin for Italian rosé sparkling wines marketed as rosé Prosecco. Consumers might not be getting what they think they are paying for. Compare that with other famed sparkling wine regions like those of Champagne in France and Cava in Spain: Both allow for an official rosé designation, meaning there is no confusion for consumers as to what they will be drinking when they check out with a bottle at the wine shop. That’s where the DOC comes in, a labeling term that ensures what’s printed on the package is accurate information. It technically stands for Denominazione di Origine Controllata.

“It protects consumers and the whole category,” says Enore Ceola, CEO of Freixenet Mionetto USA, one of the largest and oldest producers of Prosecco. “It will end the confusion between some of the other Italian sparkling rosé being sold or marketed as a Prosecco rosé when it’s not. At the same time, the quality, taste, and flavor profile are consistent with regular Prosecco.”

Prosecco producers and the consortium have taken major steps in the past decade to establish the value of Prosecco and set it apart from other sparkling wines in both Italy and the world. In 2009, they introduced the Prosecco DOC and named the Glera the official grape of Prosecco. Regulations were put in place to ensure anything labeled Prosecco DOC would be fresh, fruity, and easy to drink as well as hail from a specific region in northwestern Italy. They have been successfully fending off counterfeiters to grow the category. They have also worked to educate consumers about what Prosecco is, compared with other bubbles from the country such as Franciacorta, and how it’s different from something like Champagne. It’s been beneficial—Prosecco reached an estimated 2.4 billion euros (roughly $2.7 billion) in net sales, with more than 20% coming from North America and the U.S, according to a 2018 report by the consortium.

Ceola explains that he and other producers have watched the rosé explosion in the past few years and realized they needed to revisit a conversation from 2009 about an official rosé designation. Rosé, both still and sparkling, is major in terms of sales, especially in the U.S. According to Nielsen, the rosé wine category overall has been growing at more than 40% per year, and sparkling rosé banked $139 million in sales in 2017. While Mionetto does make an extra-dry rosé for its Prestige collection, the winemaker doesn’t include the term Prosecco on the bottle, and it doesn’t include Glera.

The addition of the Glera grape, he noted, would elevate the existing rosé Prosecco. Glera is highly prized in the area and including it in the rosé would keep it consistent in flavor with regular Prosecco. Plus, it would potentially allow producers to charge a premium for the bottle. The movement garnered some pushback from Prosecco purists, though, who were worried it might detract from the production of regular Prosecco, deplete Glera from the area, or include so many red grapes that it would overpower the flavors of Glera. “There were certainly doubts among a few producers,” Ceola says. “There was a big discussion which finally ended up as a mutual agreement: blending the first samples to decide on a possible new product.”

The group landed on Pinot Noir, known as Pinot Nero in Italy, as the red grape that would give an official rosé Prosecco its pink color. It’s the grape typically used in other areas, like Champagne, to make a white sparkling wine turn rosé. As Glera is a white grape, the addition of even a small percentage of Pinot Nero will enable the wine to take on rosé characteristics, including the iconic hue. “The Pinot Nero offers vibrant color without changing the aromas and sensations that are elicited by Glera,” says Ceola of Mionetto’s own experimentation with sparkling wines made from the two grape varieties. “It only enhances the blend.”

The consortium then took on the challenge of assessing what exactly should make up a rosé Prosecco DOC wine. Of utmost importance was protecting the value of Prosecco; rosé should enhance the region rather than detract. To do that, the consortium posed restrictions in six major areas. First off, there must be a minimum of 10% Pinot Nero but a maximum of 15%, and the yields of Pinot Nero from the vineyards should remain low, at a maximum of 13.5 kilograms per hectare. The rosé should undergo a longer second fermentation than Prosecco—at least 60 days—and also clock in with lower residual sugar. Finally, it must be a vintage wine released after Jan. 1 of the following year, which is a departure from regular Prosecco, which can be, and often is, nonvintage.

The consortium passed these regulations along to the Ministry of Agriculture, where the final determination takes place. Zanette says there is no guarantee when, or even if, the designation will be approved. It is, after all, up to government bodies. “The Prosecco DOC is the largest Italian appellation in terms of volume and value,” he says, noting that while changes are not necessarily difficult, they aren’t taken lightly. “Nowadays the markets are positively trending, and the appellation has grown while keeping the standard quality. All decisions are taken with the goal of adding to that value, image, and quality.”

Valdobbiadene, a wine-growing area in the region of Veneto, Italy.
Mionetto Prosecco

While the approval date is unknown, brands like Mionetto remain optimistic. They are currently testing various Glera and Pinot Nero blends as well as different periods of fermentation. When the designation comes through, they will hopefully have landed on a house style that reflects their brand. “From my point of view, it might very well happen that it will be approved,” Ceola says. “The producers, the consumers, and the overall market [have] asked for it. It protects the whole category.”