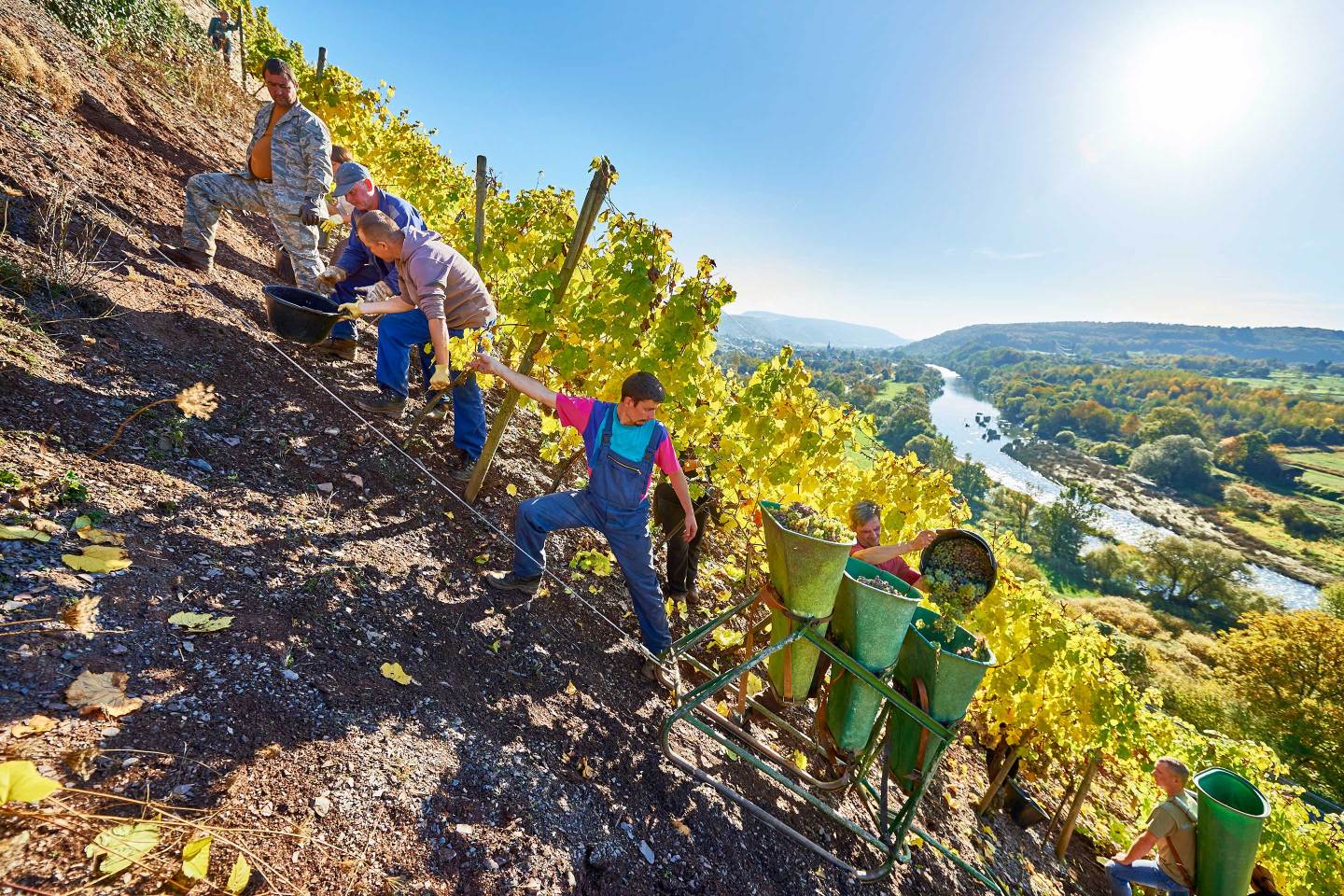 In 1914, Delmonico’s—lower Manhattan’s oldest fine-dining restaurant—sold a 19-year-old dry white wine—specifically, a German Riesling—for 50% higher than Chateau Haut-Brion, a red Bordeaux. Nearby, Fraunces Tavern, which has been in operation since 1762, was selling another dry Riesling for the same price as Chateau Margaux.

“I have an old Berry Brothers list,” says German specialist importer Rudi Wiest, referring to the prestigious London wine shop. “They were selling Marcobrunn Hinterhaus for three times the price of Chateau Lafite.” Nowadays Chateaus Lafite-Rothschild, Margaux, and Haut-Brion are among the world’s most expensive wines, whereas one would struggle to find a dry German wine that cost more than $100 in most shops.

So what did wine drinkers then see in German Riesling that we’re not seeing today?

“A closer look at the situation makes it clear that it was the high-end and aged Rieslings that reached these price levels,” says Tom Drieseberg, managing partner of Weingut Wegeler, which has estates in the Mosel and Rheingau regions. “The younger wines were basically not that expensive. I think it was the uniqueness of high-end and aged Rieslings that explained the high prices.” Wiest agrees: “One of the issues today with these great dry wines is that we’re killing them by drinking them too young. They need 10 or 15 years to show what really lies inside the bottle.”

Today, Wegeler is one of a handful that are working to show how important aging is. Even its entry levels receive at least two years of aging, and in 2000, the winery began setting aside some of its wines even longer—releasing them for sale only after 10 years or more.

Appreciation for high-end German wines lasted until World War II. “Who wanted to enjoy wine from a country [that] had proven to be the leper of the world community for the 20th century?” Drieseberg says. “Instead of waiting for the world’s wine lovers to come back to German wines, the wine industry tried to get back into the market with aggressive pricing.”

As the German wine industry pursued the lower end of the wine market, volume—rather than quality—became a priority for many winemakers. Growers planted new grape varieties like Muller-Thurgau because they produced more grapes per acre, and even Riesling, though still highly esteemed, was farmed for yield rather than quality. Many of Germany’s best vineyards lie on steep, rocky, south-facing slopes, typically overlooking a river. The better sun exposure and well-draining soils produce concentrated grapes. But flat vineyards are easier and cheaper to farm, so plantings moved away from the river valleys and onto gentler terrain.

Areas where this wasn’t possible suffered the most. The Saar River is a tributary to the more famous Mosel. “The area is small and the wine-growing villages are few, but they certainly learned how to make a name for themselves,” wrote Karl Heinrich Koch in a 1897 book about Mosel wines. “Saar wines are generally credited with displaying the nobility of the Riesling aroma in an even more pronounced way than those of the Mosel Valley.” Nonetheless, many of the area’s top vineyards disappeared in the middle of the 20th century.

Today, Van Volxem is the second-largest producer in the region. Like Wegeler, it concentrates on dry wines and has begun to age its wines longer before releasing them. Roman Niewodniczanski purchased the property in 2000 and has added many vineyards to his holdings since then. “By 2000 to 2005, no one wanted land in the Saar,” Niewodniczanski says. He’s been buying vineyards in the Saar since the turn of the millennium, often referring to antique maps or church records to track down sites that were once highly regarded. An 1868 map of the Mosel and Saar notes the top sites, designated by color for tax purposes. Niewodniczanski used it to track down lost vineyards like Geisberg. When he rediscovered it, there were no vines left—just trees and shrubs. Van Volxem and another winery, Markus Molitor, have redeveloped the site, and the wines are reclaiming their former glory.

Many, if not all, of these cheaper wines were sweet. For one thing, a little sweetness can mask a lot of flaws in a wine. German dessert wines have been highly treasured for centuries, but lightly sweet wines were actually a rarity before the 1950s and 1960s. Prior to the development of microfiltration in 1927, a lightly sweet wine was at risk of refermenting in the bottle. The dessert wines are stable because the yeast has entirely gorged itself and can’t eat anything more. In “feinherb” wines—as the off-dry style was called—concentrated, high-acid wines could achieve a stable balance, which with well-applied sulfur could suppress the yeasts. But it was risky enough that few attempted it. Once microfiltration became common, yeast could be removed entirely and the danger of refermentation was gone, and off-dry wines became the standard.

In the 1980s, several trade groups began trying to reestablish the reputation of German wine, often focusing on dry wines. “As German dry wines did not have an image at all, it was easier to build it up from that side,” Drieseberg says. “We experienced that when we released Geheimrat ‘J’, a dry, high-end Riesling starting with the 1983 vintage. It was immediately adopted by important, fine-dining restaurants.”

Today, Germany’s top-end wines can be dry or off-dry. The latter can age just as well as the dry wines. “I think the [off-dry] wines have the ability to age,” says Aaron McManus, sommelier at Oriole in Chicago, where the German Riesling selections reach all the way back to 1989. “They transform and often take on a honeysuckle, bruised-apple quality that people really, really like even if they say they don’t like sweet wines. I’ve been having that conversation a lot with guests over the past six or seven years.” In addition, the perception of sweetness fades. “Integration is the best way to describe it,” McManus says. “It becomes a more complete wine. Instead of bright and acidic and super-sweet, it softens,” becoming more of a textural element than a flavor.

The best news for wine drinkers is that while Germany’s wines are back on point, their prices remain relatively reasonable. “Germany provides an outrageously good value for the quality of wine on offer,” McManus says.

Sweet, off-dry, or dry: Whichever it is, get them now because people are catching on. In June, the wine auction house Acker auctioned off more than 200 lots from Rudi Wiest’s private cellar, with wines dating back to the 1970s. The auction set new world records for 73 different German wines.

—Germany might be producing the best Pinot Noirs available today