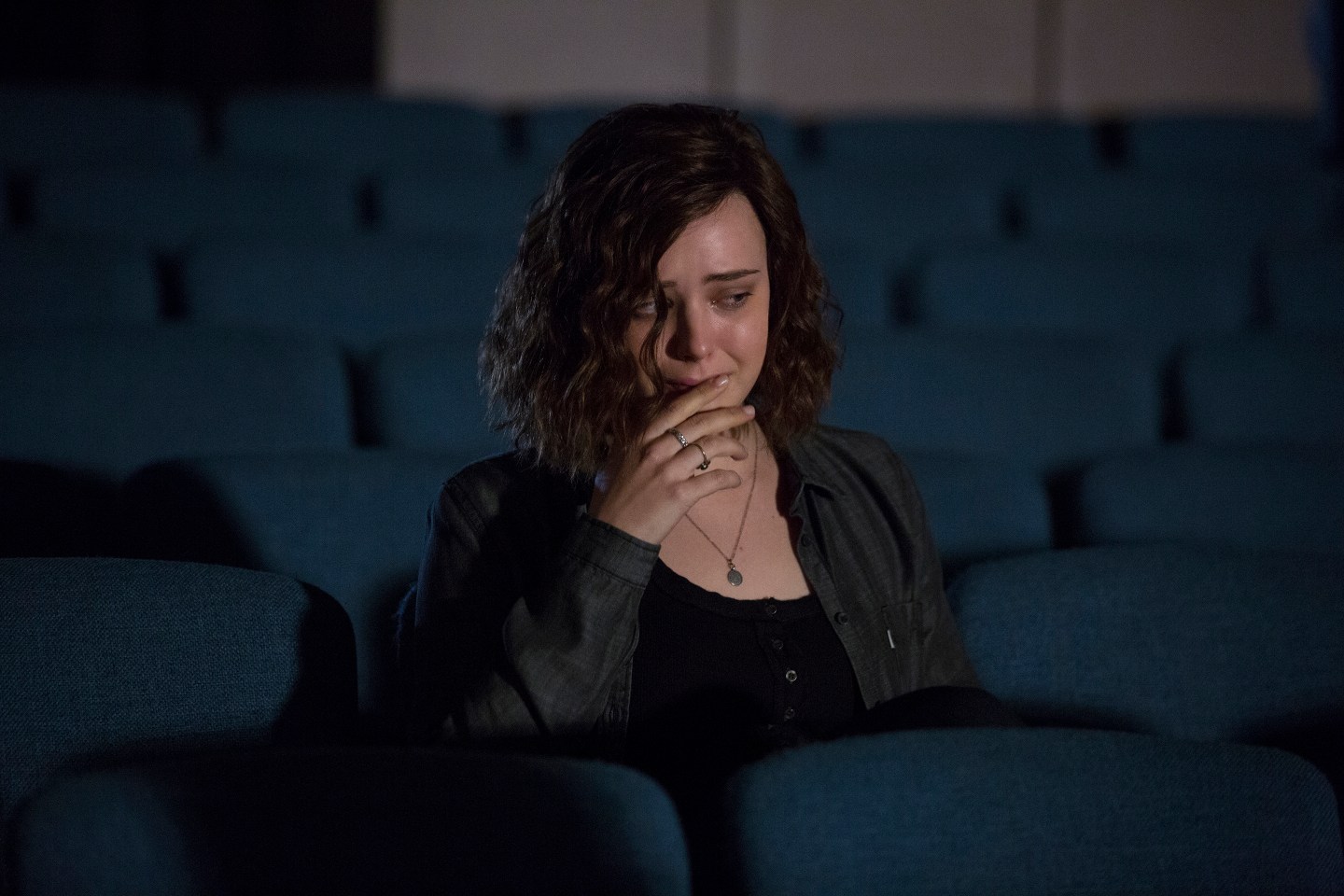 Note: This story includes a graphic description of suicide, as featured in the Netflix series “13 Reasons Why.“

More than two years after mental health experts cautioned against its graphic depiction of a teenager’s suicide, a controversial 13 Reasons Why scene has been edited out by Netflix.

“As we prepare to launch season three later this summer, we’ve been mindful about the ongoing debate around the show,” the streaming giant said in a statement on Tuesday. “So on the advice of medical experts, including Dr. Christine Moutier, Chief Medical Officer at the American Foundation for Suicide Prevention, we’ve decided with creator Brian Yorkey and the producers to edit the scene in which Hannah takes her own life from season one.”

The original, nearly three-minute scene, which aired about half-way through the season one finale back in 2017, depicted protagonist Hannah Baker (Katherine Langford) taking a razor blade to her arms in a bathtub. The revised scene shows Hannah staring at her own reflection in the mirror before cutting to her parents’ reaction upon discovering her lifeless body in the bathroom.

Said 13 Reasons Why creator Brian Yorkey: “Our creative intent in portraying the ugly, painful reality of suicide in such graphic detail in season one was to tell the truth about the horror of such an act and make sure no one would ever wish to emulate it. But as we ready to launch season three, we have heard concerns about the scene from Dr. Christine Moutier at the American Foundation for Suicide Prevention and others, and have agreed with Netflix to re-edit it. No one scene is more important than the life of the show and its message that we must take better care of each other. We believe this edit will help the show do the most good for the most people while mitigating any risk for especially vulnerable young viewers.”

As of this post, the original scene is no longer available on Netflix. Its inclusion in 13 Reasons Why, reportedly against the professional counsel of suicide prevention experts who consulted on the series throughout production on its first season, had made the show controversial from day one.

Though Netflix has been praised in some quarters for raising awareness of issues facing young adults, including bullying and suicidal ideation, the streaming service came under fire for including a graphic depiction of suicide, as well as for the show’s moody and dramatic tone, which critics said could be seen to romanticize its subject matter.

General wisdom among mental health advocates is that graphic depictions of suicide can actually serve as a mental trigger for those suffering from depression and/or suicidal ideation, creating an almost-“contagious” effect among a vulnerable population. Amid immediate backlash to the series, Netflix added warning cards before episodes of the season, providing more detailed trigger warnings for audiences. But 13 Reasons Why remained dogged by claims that its approach to teen suicide had been misguided, even irresponsible. Research from earlier this year in the Journal of the American Academy of Child and Adolescent Psychiatry uncovered a significant increase in suicide rates among children and teens in the month following 13 Reasons Why‘s release on March 31, 2017. While there’s no way to definitively tie the unexpected spike to viewership of the series, those same researchers noted that the potential link was “troubling.”

Jonathan Singer, president of the American Association of Suicidology, told Fortune that Netflix “did the right thing” by removing the depiction of Hannah’s suicide, attributing the creators’ decision to include it to begin to “bad advice… from people who were not suicide prevention experts.

“A well-written and compelling series that the executive producers intended to be a tool for youth suicide prevention has been found to increase suicide risk in teenagers,” he added, noting his hope that Netflix and other media creators will collaborate more closely with his organization in the future.

Adding her own statement, Julie Cerel—a past president of the American Association of Suicidology who now works as the director for the Suicide Prevention & Exposure Lab (SPEL)—said she and others at AAS approved of the edit.

“We approve of the removal of these scenes, as their graphic nature can be harmful to teens at risk of suicidal behavior,” she told Fortune. “Research has shown that teen suicidal behavior seem to be influenced by the show. We are reassured that Netflix has made these changes based on the research. However, we strongly feel that it is important to make decisions in consultation with suicide prevention experts before and during production to mitigate the possible harm on suicidal teens.”

—Will Spider-Man: Far From Home break a billion at the box office?