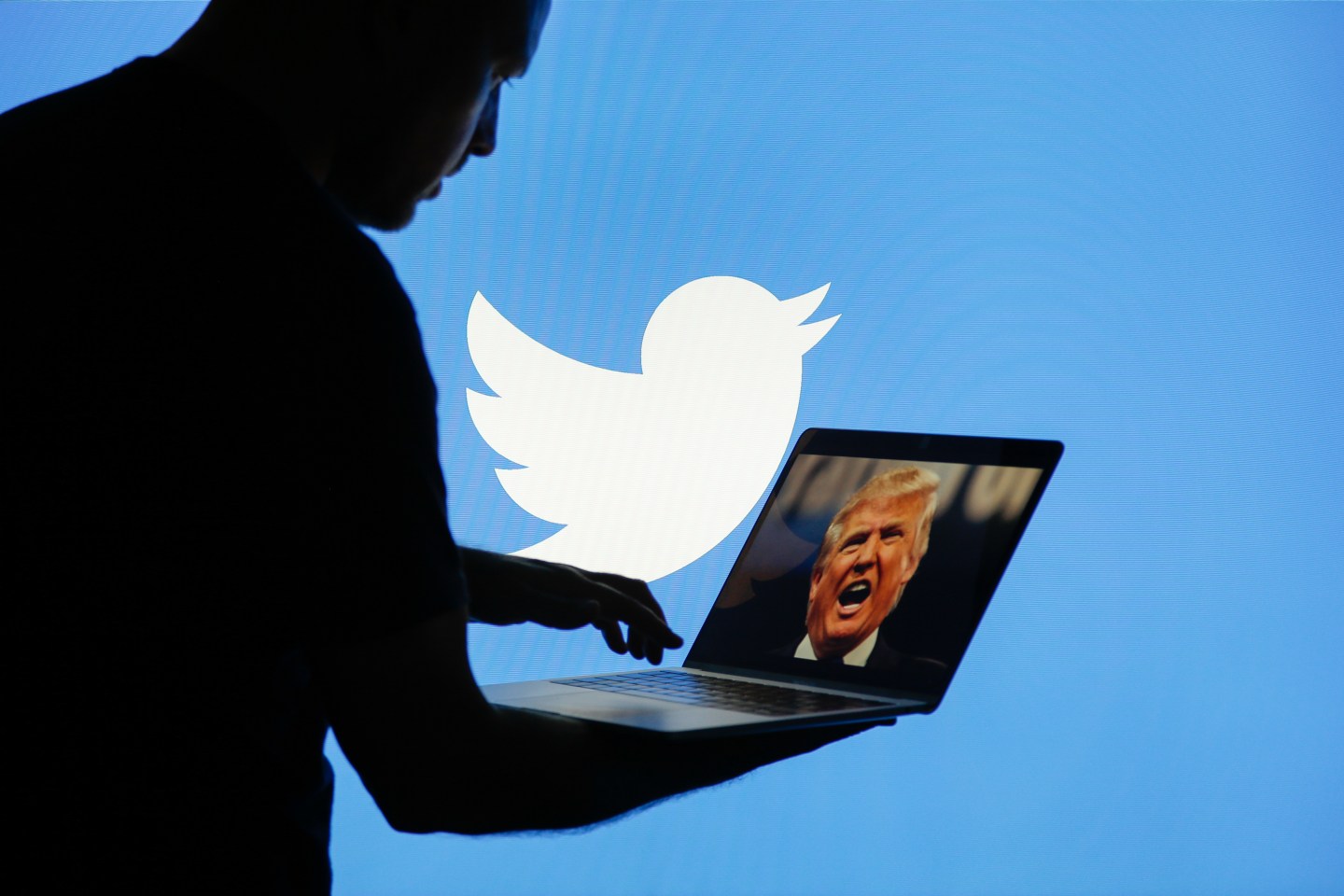 U.S. President Donald Trump walks a fine line on Twitter, routinely posting comments that might get a lesser-known person suspended or locked out of their account for breaking the company’s user guidelines.

Twitter has never suspended Trump, though he often tweets insults at his political rivals and members of the media. When the president tweeted a not-so-veiled threat at North Korean dictator Kim Jong Un in September 2017, the company explained at the time that certain tweets — presumably Trump’s — are too newsworthy to take down.

On Thursday, Twitter announced a new plan that could soon apply to the president: It will now hide “controversial content or behavior which may otherwise violate our rules” behind a warning label that explains the tweet is against company guidelines, but has been left up because of a “legitimate public interest.” Users will need to click past the label to see the post, which will also be removed from certain sections of the app, like the explore tab and search. Twitter also said its software will try to limit the spread of these tweets on the social network.

A company spokeswoman said that the new label wasn’t initiated because of any one individual user, but the restrictions suggest otherwise: The label will only be used for verified accounts belonging to government officials, or those running for office, with more than 100,000 followers.

“By nature of their positions these leaders have outsized influence and sometimes say things that could be considered controversial or invite debate and discussion,” Twitter wrote in a blog post. “A critical function of our service is providing a place where people can openly and publicly respond to their leaders and hold them accountable.”

Trump has complained about Twitter on multiple occasions in recent months, including an accusation this week that the company is making it hard for people to follow his account, which has more than 61 million followers. With the 2020 U.S. presidential campaign cycle picking up quickly, it’s possible this feature may be put to use sooner rather than later.