Trump Calls Out Rapinoe for Comments About White House Visit 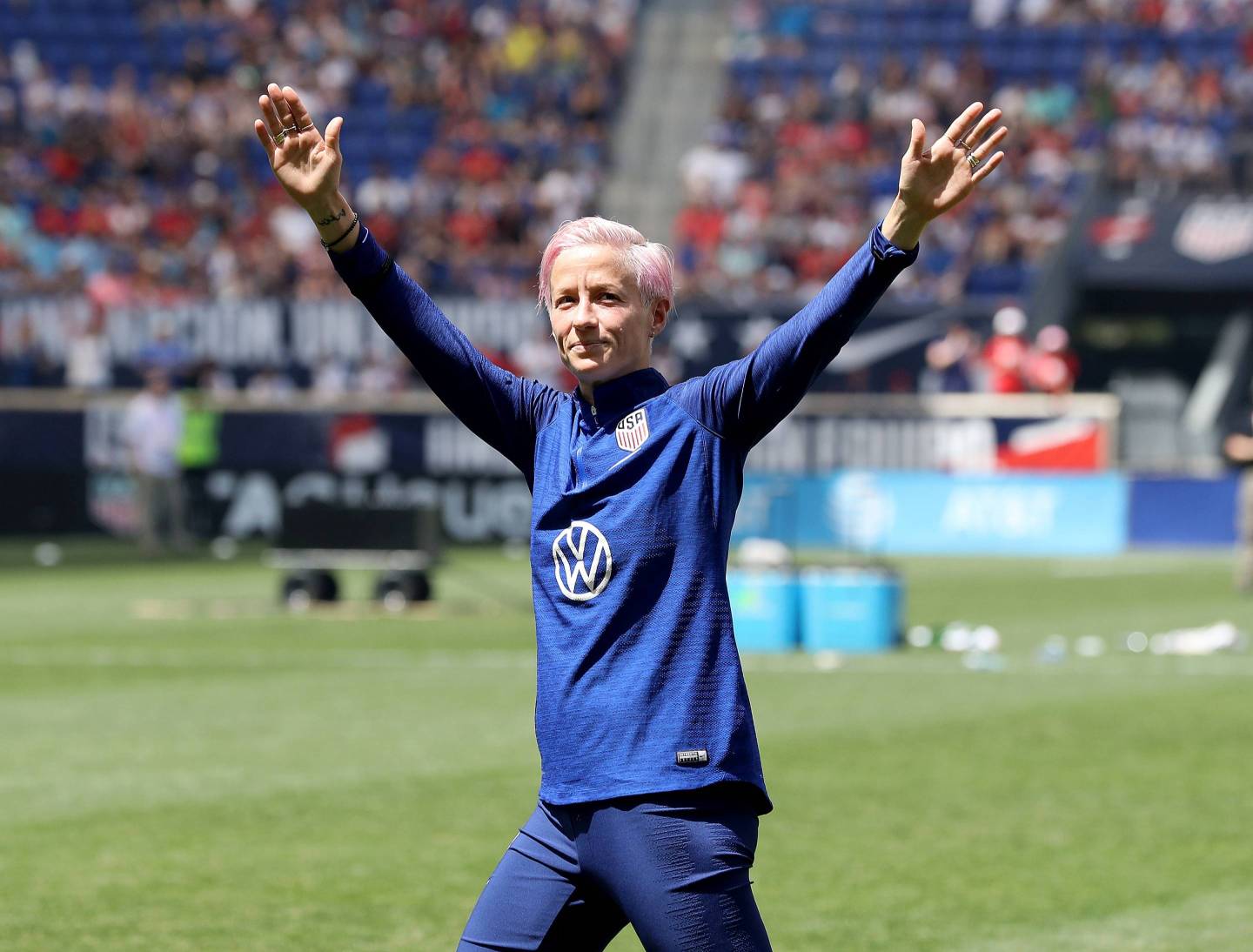 HARRISON, NEW JERSEY - MAY 26: Megan Rapinoe #15 of the United States salutes the fans after the match against Mexico at Red Bull Arena on May 26, 2019 in Harrison, New Jersey. (Photo by Elsa/Getty Images)
Elsa Getty Images

President Donald Trump called out U.S. women’s national team co-captain Megan Rapinoe after a months-old video was posted on social media in which she used profanity when she said she wasn’t going to the White House if the team wins the Women’s World Cup.

“Megan should never disrespect our Country, the White House, or our Flag, especially since so much has been done for her & the team,” Trump tweeted Wednesday.

The president also tweeted that he will invite the U.S. team “win or lose.”

Rapinoe’s comments came during an interview for a magazine in January in which she was asked if she was excited by the prospect of going to the White House. In a video of an interview excerpt posted Tuesday, she can be seen using a profanity when she says she’s not going.

“We’re not gonna be invited,” she added.

Trump’s tweets came two days after an interview with The Hill in which he said it wasn’t appropriate for Rapinoe to protest during the national anthem.

Rapinoe started kneeling during the anthem in 2016 to show solidarity with former San Francisco 49ers quarterback Colin Kaepernick, who did it before NFL games to protest social and racial injustice. But the United States Soccer Federation then adopted a policy that requires players to stand.

Now she stands, but she has been criticized for not singing and putting her hand over her heart like other players.

Rapinoe, who is gay, has frequently spoken out about politics and has criticized the Trump administration and its policies in the past.

Trump has used Twitter to criticize athletes who disagree with him, including Kaepernick and LeBron James.