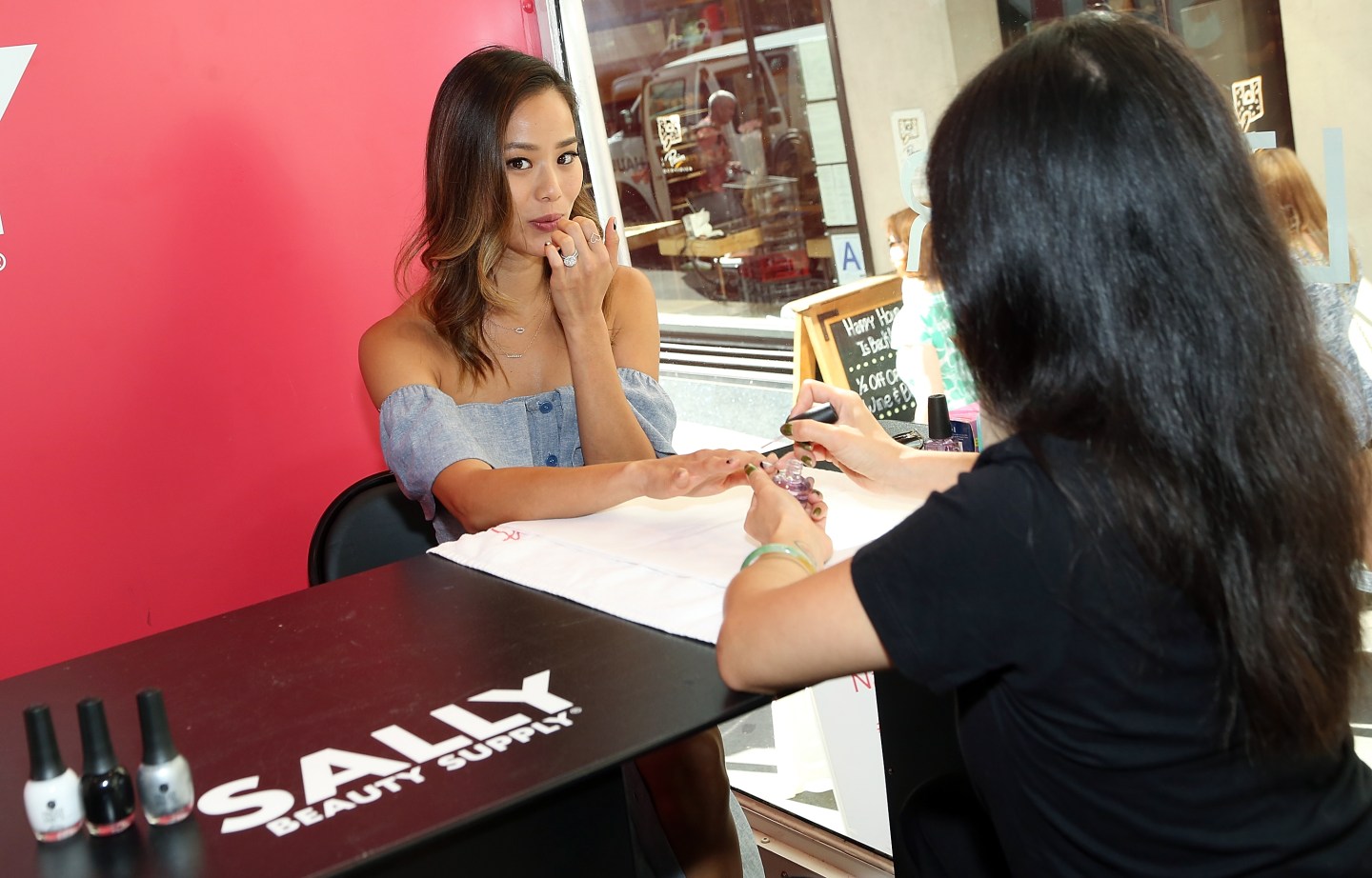 Amazon’s ability to disrupt profitable businesses tends to alarm investors whenever news or a rumor emerges of its next target. It doesn’t always turn out quite so badly for the industry in question, but on Monday it was stocks in the makeup and beauty product sector that got smudged.

Amazon issued a surprise press release Monday morning announcing the debut of a new “Amazon Professional Beauty Store” aiming to supply independent, professional stylists, barbers and others. “We are pleased to offer those in the professional beauty industry even more selection through the convenient shopping experience our customers love,” exec Steve Kann said in the release.

Last month, research firm CB Insights offered its predictions of which industries should most fear Jeff Bezos’ next moves. In addition to naming the obvious, existing big pushes into pharmacies and online groceries, CB’s report highlighted small business lending, payments processing, mortgages, insurance, and the home and garden retail segment. One sign the report cites of how worried corporate America is about the Amazon threat:

Still, as Amazon’s past efforts to build its own smartphones, sell vacation deals, and hawk high-end clothing and jewelry demonstrate, it’s not always the winner.

Lucy in the sky with diamonds. In what Elon Musk described as SpaceX's "most difficult launch ever," a Falcon Heavy rocket blasted off from the Kennedy Space Center in Florida early on Tuesday morning. The payload of 24 satellites, organized by the U.S. Air Force, needed to be distributed among three different orbits.

I am the walrus. Regulators are glomming on to Facebook's proposed new digital currency, Project Libra, faster than anyone else. Rep. Maxine Waters said on Monday that the House Financial Services Committee, which she chairs, will hold a hearing on Libra on July 17, with project lead (and former PayPal president) David Marcus expected to testify. The Senate Banking Committee is planning a similar hearing for the same week.

Ticket to ride. The auto industry's move to electrification rumbled ahead on Monday, as BMW debuted its Vision M Next concept car. Looking like many high-end sports cars, the hybrid Vision M can reach 60 mph in under three seconds and has a top speed of 186 mph. But the car can go only 62 miles solely under electric power.

Sgt. Pepper's Lonely Hearts Club Band. The public beta versions of Apple's various updated operating systems emerged on Monday, largely to good reviews. Still, you may want to wait before installing macOS Catalina on your laptop or iOS 13 on your iPhone. There are bugs a-plenty, as befits early beta releases. Website Gotta Be Mobile lists some of the pros and cons of going beta. Speaking of Apple, in the next twist in its battle with Spotify, the company said it's barely collecting any commissions at all from its rivals' users. Spotify pays Apple 15% of revenue from about 0.5% of its paying customers, Apple said, trying to make the point that its app store fees are not harming competition.

The fool on the hill. As I discovered while assembling Monday's Data Sheet, parts of the Internet stopped working yesterday due to a network misconfiguration that originated with Verizon and a small fiber optic network provider.

PayPal's chief operating officer, Bill Ready, will depart by year end for parts unknown, the company says. Ready has been at the company since it acquired his startup Braintree (and its super popular app Venmo) back in 2013...Apple's Beats unit is replacing chief marketing officer Jason White with Chris Thorne, an experienced exec with stints at Electronic Arts and Jessica Alba's Honest Company, among others. White departed in January for Cura Cannabis Solutions...Advanced Micro Devices hired Frank Azor, the co-founder of current Dell unit Alienware, as chief gaming officer...AT&T's Warner Bros. studio hired Ann Sarnoff, president of BBC Studios Americas, as CEO, the first woman to head the Hollywood outpost in its 96-year history.

As the trade dispute between the United States and China increasingly targets the tech industries in both countries, some attention has turned to the less global players. CommScope was claiming it could benefit from a potential ban on Chinese-made 5G gear, while Chinese database startup PingCAP could win if local businesses turn away from U.S.-based giants like Oracle and IBM. Bloomberg's Lulu Chen explores how some of China's biggest startups, including Mobike and Xiaomi, are signing up with PingCAP instead of the foreign competition.

PingCAP -- mashing the term for verifying a web connection, ping, and the CAP computing theorem -- was founded by three programmers whose former employer, a mobile-apps company, was acquired by Alibaba. Inspired by Google’s Cloud Spanner, which pioneered the distributed database model, the trio -- Huang, Liu Qi and Cui Qiu -- began creating an open-source database management system that would allow companies to infinitely expand their data storage by simply linking more servers to existing ones. “Think of traditional database mangers like a fixed glass container, every time you run out of storage you have to get a bigger one,” said Huang. “What our system does is that you can link as many cups together as you want.”

How Much Is Your Data Worth to Facebook and Google? A New Senate Bill Aims to Find Out By Alyssa Newcomb

Facebook is the largest company creating its own cryptocurrency, but dozens of smaller outfits have also rolled their digital tokens for various purposes. The funniest virtual offering, sadly, isn't real, but a spoof from The Onion: RoloBucks. Yes, that's a digital currency connected to the chocolate and caramel candy. "Here at Rolos, we understand the importance of buying your chocolate with anonymous, untraceable cryptocurrencies," fictional Nestle exec "Steve Presley" says. Sounds yummy.