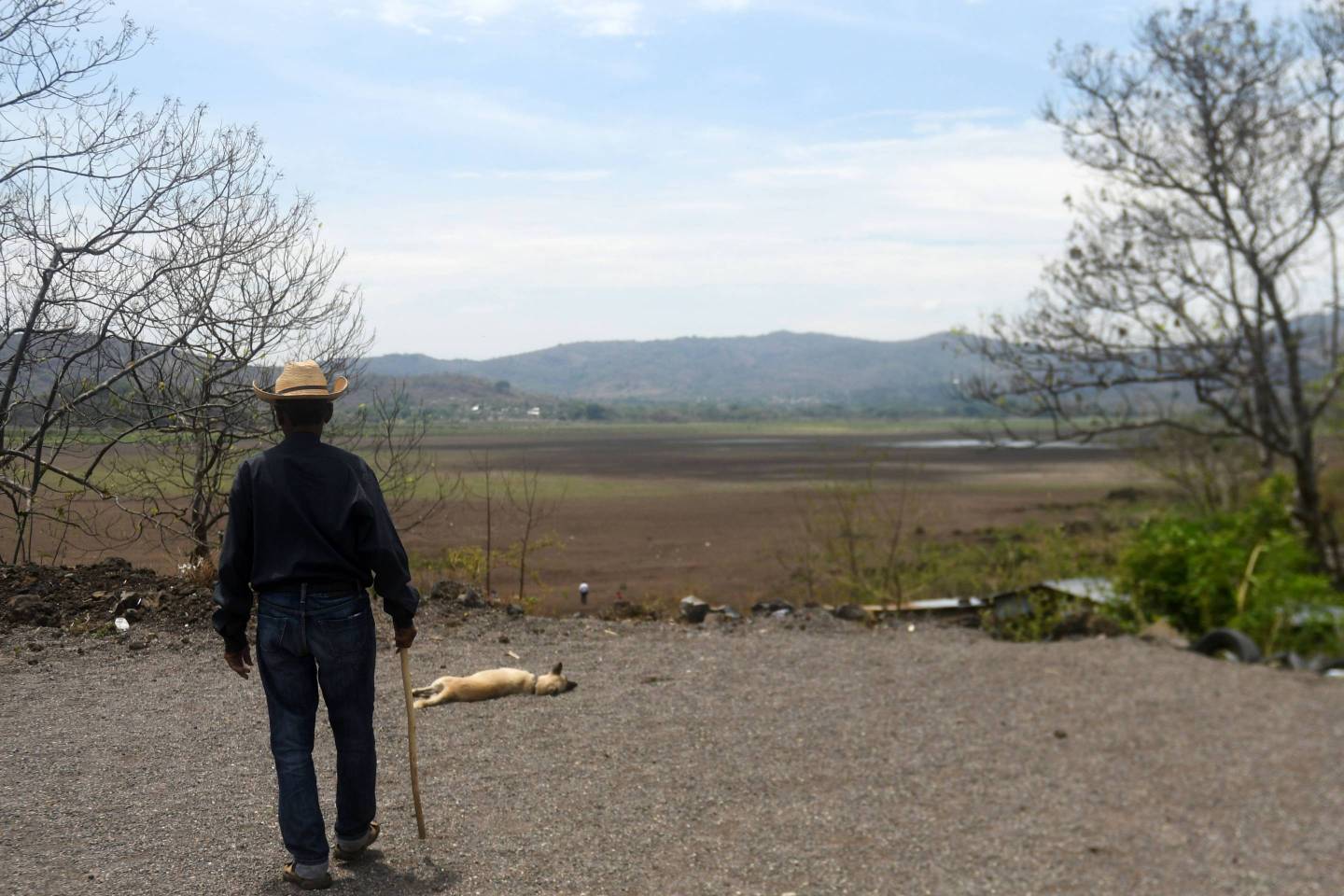 An elderly man looks at what is left of Lake Atescatempa, which has dried up due to drought and high temperatures, in Atescatempa, 174 km southeast of Guatemala City, on May 5, 2017. Clam and snail shells on sun-bleached dry, cracked earth are what is left of Lake Atescatempa, whose torquoise waters used to cover 5.5 square kilometers in southern Guatemala, but which is now a drastic reflection of the impact of climate change in Central America's so-called "dry corridor". / AFP PHOTO / Marvin RECINOS (Photo credit should read MARVIN RECINOS/AFP/Getty Images)
Marvin Recinos—AFP/Getty Images

In the recent standoff between the U.S. and Mexico, the Trump administration commingled the issues of trade and immigration. This is the wrong approach, and it ignores one of the root causes of the migration challenge: a rapidly warming planet.

Climate change and immigration have become more inextricably linked than ever. As of the end of May in fiscal year 2019, almost 150,000 migrants from Guatemala traveling with family members had been apprehended at our southwest border. That represents roughly 1% of the country’s total population. While there are a number of reasons driving this migration, including violence, poverty, and corruption, researchers now believe that climate change represents a significant underlying factor. In Guatemala, Honduras, El Salvador, and Nicaragua, 2.2 million people have lost their crops due to excessive rain and drought, according to the World Food Programme. These are also some of the world’s most susceptible countries to drought.

Rising temperatures have severely impacted weather patterns, rainfall, soil quality, and crops’ vulnerability to disease, and thus have had a significant negative effect on farmers and local economies. Since 1950, the average temperature in Central America has increased by 0.5 degrees Celsius, and it is projected to climb another 1 to 2 degrees by 2050. More broadly, data also shows that global migration due to climate change will only grow in the years ahead. According to the World Bank, climate change could displace as many as 140 million people by 2050 in Latin America, sub-Saharan Africa, and South Asia.

There is no doubt climate change also severely impacts our economy. Violent weather is increasing in frequency and comes with a hefty price tag: In 2018, the National Oceanic and Atmospheric Administration estimates there were $91 billion in costs from weather and climate disasters. What’s more, the damages associated with global warming could total $54 trillion across the world by the end of the century.

These numbers are equally staggering and frustrating. What’s heartening, however, is that virtually every CEO and business leader I speak with is either working on solutions or willing to do more. Now, our political leaders in both parties must do the same.

Here are some ideas to move us forward:

First, the U.S. must address climate change as the true national and world emergency that it is. As one of the world’s leading carbon emitters, America has an inherent responsibility to act aggressively. We can and must rejoin the Paris climate agreement, as our global leadership is vital.

We must also embrace a robust national strategy to mitigate our carbon output and double down on sustainable innovation in energy production, transportation, construction, resource management, and other areas. We can create new jobs and economic growth while serving as responsible stewards of our environment; it’s a false choice that we can’t do both.

In recent weeks, a significant number of American companies have formed innovative new alliances to spur action in the climate debate. For example, the sustainable nonprofit Ceres has pulled together more than 75 firms—from Tesla to Salesforce to Johnson & Johnson—to lobby Congress to set more aggressive targets to reduce greenhouse gases. Another effort is the CEO Climate Dialogue, comprised of more than a dozen major corporations and four environmental groups, which is urging Congress to act on mitigating emissions and to make the necessary investments to do so.

Make no mistake, our businesses are paying attention to the fact that Americans desire change. A recent survey found that 75% of U.S. voters want the government to limit carbon emissions, and 80% want the solutions to be bipartisan.

Second, we must tackle the issue of immigration reform head-on. Our immigration system is broken. Federal policy leaders must put inflammatory approaches aside to fix the system, as lives and our economy depend on it.

A comprehensive solution must include real protections for the roughly 700,000 Dreamers who have built their lives in the U.S. over the course of decades and who are American in every way—except on paper. They contribute to our nation as soldiers, doctors, and police officers, and drive almost $42 billion annually to GDP and pay $4 billion in taxes. We should also provide needed resources at the border to keep families together, strengthen border security, and fix an outdated processing system.

We must also address our skilled workforce needs with smarter policies that draw talented people to our shores. Currently, we cause many to locate just over the Canadian border to take advantage of our northern neighbor’s more creative and practical immigration laws. We should also bring the estimated 11 million undocumented individuals who are already living here and contributing to our economy out of the shadows.

Finally, we must address the root causes of this migration and double down on support at its source in Central America. The Obama administration had a robust assistance strategy for these nations to increase economic opportunity and stem violence and corruption. These efforts were making progress, yet the Trump administration has decided to cut this funding lifeline. That is a tragic mistake.

If we don’t act on climate change or immigration now with the bold, comprehensive remedies necessary, our challenges will only get worse in the decades to come.

Progress is possible. It just requires taking a hard look at the data and a willingness to roll up our sleeves, put partisanship aside, and embrace innovative solutions. Both tests represent a moral obligation and an economic opportunity for all of us.

Penny Pritzker is the founder and chairman of PSP Partners and a former U.S. secretary of commerce.