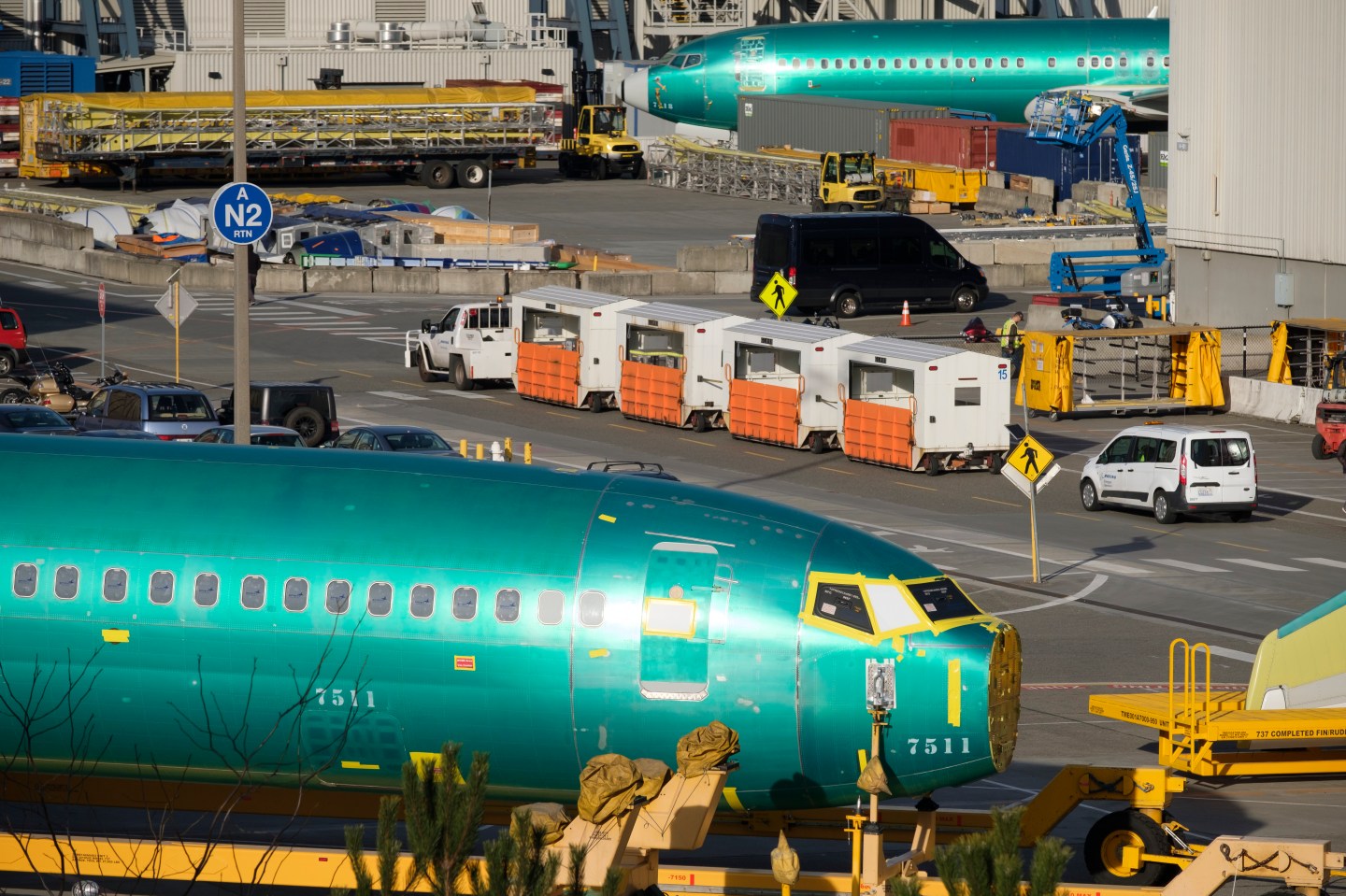 President Trump, activist investor Bill Ackman, and antitrust experts are just a few of the parties that have expressed concern about the proposed all-stock merger-of-equals between United Technologies and Raytheon. It would create an aerospace-and-defense powerhouse with combined revenue of $74 billion.

But should Boeing, the world’s largest aerospace company with $101 billion in annual sales, also be concerned? After all, both companies supply components for the commercial and defense aircraft Boeing manufactures.

In short: Yes. Consolidating United Technologies and Raytheon gives Boeing less ability to bully its suppliers. For the past several years, Boeing has been aggressively seeking heavy discounts and lengthier payment schedules from its supply chain through an onerous program called Partnering for Success, first introduced in 2012 under then CEO Jim McNerney. Suppliers who didn’t drastically cut costs were placed on a “no-fly list.”

“Boeing, being the big dog in the room, has the muscle to essentially force suppliers to cut costs or take the work to a competitor,” says Scott Hamilton, an analyst at the Seattle-area firm Leeham. “The suppliers typically call it ‘Preparing for Sacrifice.’” In 2013, when United Technologies, the incumbent supplier for the 777 landing gear, refused to concede to the price cuts Boeing demanded, Boeing awarded the contract to a company in Quebec.

Supplier tie-ups have troubled Boeing in the past. When United Technologies announced in 2017 its $23 billion acquisition of Rockwell Collins, an avionics and parts supplier, Boeing took issue with a merger which would consolidate two of its suppliers and said it would exercise its “contractual rights and pursue the appropriate regulatory options to protect our interests.” The company dropped its objection to the merger after winning cost concessions from both companies. Despite the benefit Boeing extracted up front from the Rockwell Collins acquisition, the added heft should help United Technologies going forward. “The bigger a company gets, the more it can push back,” says aerospace industry analyst Richard Aboulafia of the Teal Group.

Acquiring Raytheon, also “extends the waterfront of coverage as a supplier from Boeing’s commercial side to its defense side,” says Aboulafia. Raytheon, for example, provides the onboard radar for Boeing’s P-8 maritime patrol aircraft. It also provides the radar system for Boeing’s F/A 18E and F models of the Super Hornet. “It gives them greater latitude for pushing back. If you push us here, we’ll push back there.”

Could the union of United Technologies and Raytheon spur Boeing to make some moves of its own? For the past few years, Boeing has been trying to gain more control over its supply chain by making more of its own equipment. In 2014, the company broke ground on a factory in Everett, Wash. to build wings for its 777X in-house instead of outsourcing to the 787 supplier Mitsubishi in Japan. A year ago, Boeing teamed up with Safran, a French engine maker, to manufacture auxiliary power units, a joint venture that would go head-to-head with Honeywell and Pratt & Whitney. Soon after, Boeing formed a new business with seatmaker Adient to gain tighter control over seating quality. Boeing may seek even more command over its supply chain with further vertical integration.

As for horizontal realignments, Boeing received shareholder approval earlier this year for a $4.2 billion commercial aircraft joint venture with Brazil’s Embraer, along with a separate partnership for defense products.

One move Boeing didn’t make? Purchasing Raytheon. “I had always seen Boeing as a potential acquirer of Raytheon because they may have been interested in restoring the commercial to defense balance,” says Stifel analyst Joseph DeNardi, who notes that Boeing’s commercial aviation growth has skewed the business. “And I don’t think they’d have faced any DOD or DOJ pushback, whereas they would if they were to try to acquire Northrop.”

Unfortunately for Raytheon shareholders, who are not benefiting from a premium in the merger of equals, Boeing was in no position to take on such a sizable transaction. The grounding of the 737 MAX—after two accidents just five months apart, taking 346 lives total—has no immediate end in sight. On Sunday, American Airlines announced that it was extending its 737 MAX cancellations to September 3. Cancellations had previously been scheduled through August 19.

“But it’s not just the MAX issues,” says aviation expert Michael Boyd of Boyd Group International. “The 737 is at the end of its design life. In six or seven years, Boeing better have a clean sheet replacement for that airplane.” Further complicating matters, the rollout of Boeing’s long-haul 777X has been delayed. “If I were the board of directors,” says Hamilton, “I certainly wouldn’t be taking on multi-billion commitments for either cash or stock at this stage until I got my house sorted out.”