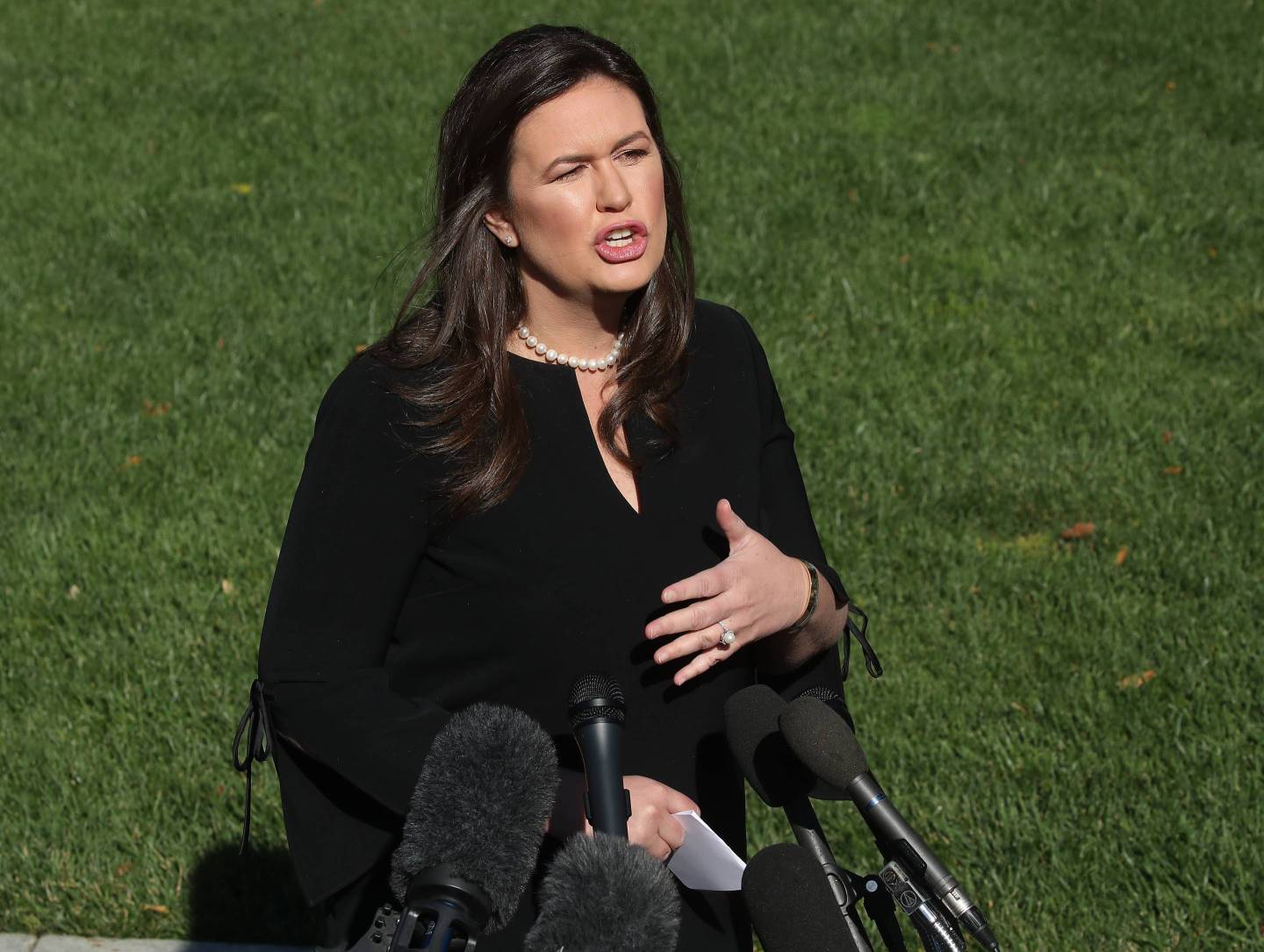 White House press secretary Sarah Sanders is leaving her post at the end of the month and returning to Arkansas, President Donald Trump announced on Thursday.

“She is a very special person with extraordinary talents, who has done an incredible job!” Trump posted on Twitter. “I hope she decides to run for Governor of Arkansas—she would be fantastic. Sarah, thank you for a job well done!”

Sanders said she was grateful for the opportunity.

“I am blessed and forever grateful to @realDonaldTrump for the opportunity to serve and proud of everything he’s accomplished,” Sanders later posted on Twitter. “I love the President and my job. The most important job I’ll ever have is being a mom to my kids and it’s time for us to go home. Thank you Mr. President!”

Sanders, who worked as a spokeswoman for Trump’s 2016 presidential campaign before becoming press secretary in 2017, was routinely called upon to answer for and defend the president, often clashing with the media.

Here’s a look at three of Sanders’ more memorable battles with the press:

“Enemy of the people”

“It would be a good thing if you were to state right here, at this briefing, that the press—the people who are gathered in this room right now, doing their jobs every day, asking questions of officials like the ones you brought forward earlier—are not the enemy of the people,” Acosta told Sanders. “I think we deserve that.”

Sanders stood firm in her refusal, saying she had been personally attacked in the media and faced numerous threats since she started her job, even requiring protection from the Secret Service.

“It’s ironic, Jim,” she said, “that not only you and the media attack the president for his rhetoric when they frequently lower the level of conversation in this country.”

“This democracy, this country, all the people around the world watching what you are saying, Sarah, and the White House for the United States of America – the president of the United States should not refer to us as ‘the enemy of the people,'” he said. “His own daughter acknowledges that, and all I’m asking you to do, Sarah, is to acknowledge that right now and right here.”

Sanders responded, “I appreciate your passion. I share it. I’ve addressed this question.”

Sanders said simply, “We give the very best information that we have at the time.”

She went on to repeat her answer several times during the 20-minute briefing.

That question came less than a day after Trump’s personal attorney and former New York City Mayor Rudy Giuliani said in an interview with Fox News that Trump had reimbursed his personal attorney Michael Cohen for a $130,000 payment made to Daniels.

White House reporters noted that Giuliani’s disclosure directly contradicted past statements made by both the president and Sanders, who had denied knowing about the payment.

Sanders said during the briefing she first learned of Trump reimbursing Cohen for the payment during Giuliani’s TV interview.

“We give the very best information that we have at the time,” Sanders repeated.

Sanders said she told Mueller’s team her remark was unfounded and was a “slip of the tongue” that was made “in the heat of the moment.”

“Not only does she not have credibility, but she also lied,” Ryan said about Sanders while appearing on a CNN panel. “She should be let go. She should be fired, end of story. When there is a lack of credibility there, you have to start and start lopping the heads off.”

“This takes this to a new low, even for the liberal media. I think it just once again proves why this journalist isn’t taken seriously,” Sanders added, without mentioning Ryan by name.

Trump later joked about the incident involving Sanders during a rally in Wisconsin, even using a catchphrase from his former TV show “The Apprentice.”