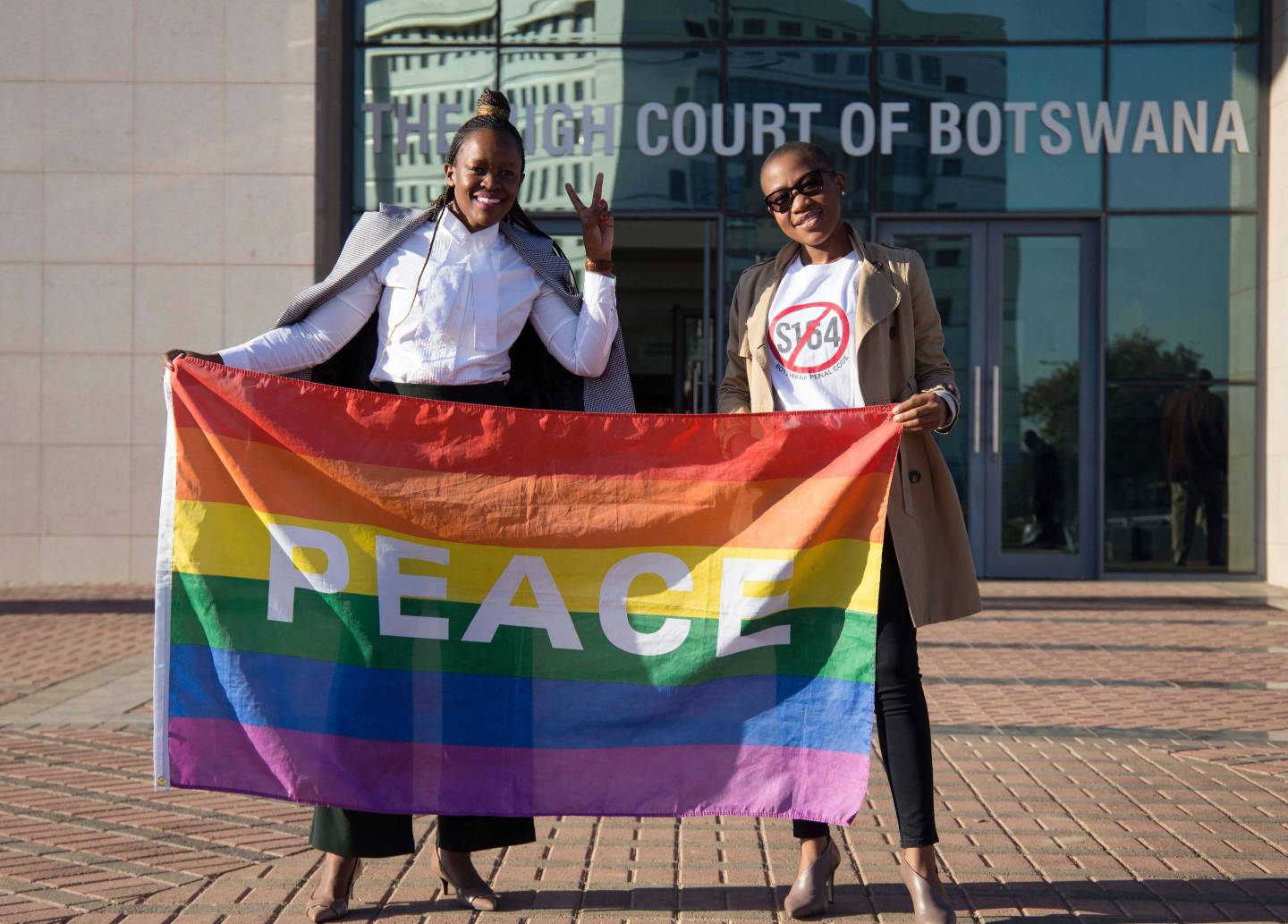 Botswana has decriminalized same-sex relationships in a landmark ruling by the country’s highest court. A law, which came with a prison sentence of up to seven years for those in the LGBTQ community, was struck down as unconstitutional just as the world celebrates Pride this month.

“Human dignity is harmed when minority groups are marginalized,” Judge Michael Elburu, one of three ruling judges in the High Court panel, said as he delivered the verdict. “Sexual orientation is not a fashion statement. It is an important attribute of one’s personality.”

“This judgment can make a massive change for our lives,” Anna Mmolai-Chalmers, coordinator of LGBTQ rights group Legabibo, told CNN. “This is what excites me the most. The judgment means so much… The court has upheld our dignity, our privacy, and our liberty… It means freedom.”

The unanimous ruling by the three-judge panel follows similar rulings on the continent in Angola, Mozambique, and the Seychelles in recent years. However it also comes just on the heels of a ruling in Kenya which upheld its law stating homosexuality is a crime and indicative of many African nations’ cultural and legal attitudes toward the LGBTQ community.

Striking down the British colonial era law is a huge victory for human rights activists like Dumiso Gathsa, who works for the Gaborone-based NGO Success Capital, but the fight is not yet over for the continent or for changing prevailing social attitudes.

Gatsha, though, told Fortune he hopes an app-based venture Queer Awakenings can help with that. Queer Awakenings is a digital storytelling project for the marginalized and often hidden LGBTQ community.

The activist said the LGBTQ community in Botswana and other countries are “considered the outliers who are excluded from mainstream society in places of learning, work, religious affiliation, ethnic grouping” based on sexuality or gender non-conforming.

“I remember very vividly as a young child in a very masculine, Afrikaans, post-apartheid environment, it was very difficult to have voice,” Gatsha said, so the project aims to “uncover the stories that are often untold, that are excluded in terms of quantitative research and that is what is usually used to inform a lot of policy-making based on standards, population and basically the averaging of experiences.”

Documenting abuses is one of the main purposes of the project, since they are often not included in any kind of official record—government, police, or otherwise. The stories serve to illustrate how certain policies and enforcement of them can actually “perpetuate harm” against the LGBTQ community, Gatsha noted. Therefore, Queer Awakenings also wants to “bridge the gap between policy makers and…those who are based in underserved, under resourced and remote areas…who aren’t necessarily at the table” when policy decisions are made.

If the recent ruling is any indication, it has been successful in doing that thus far.

Gatsha explained changing laws in Botswana through the court system has been key for progress in protecting the queer community’s rights, citing a 2017 ruling which allowed transgender people to change their genders on national identification cards. “However, it highlighted how the law can be just in favor of people who had institutional backing, people who had power, who had resources, or access to networks were able to assert their rights,” they said.

The hope with publicizing the marginalized part of a marginalized community through technology is that gaps like that will be filled but also in employment law, which prohibits termination based on sexual orientation but has done little to prevent in hiring practices and during employment.