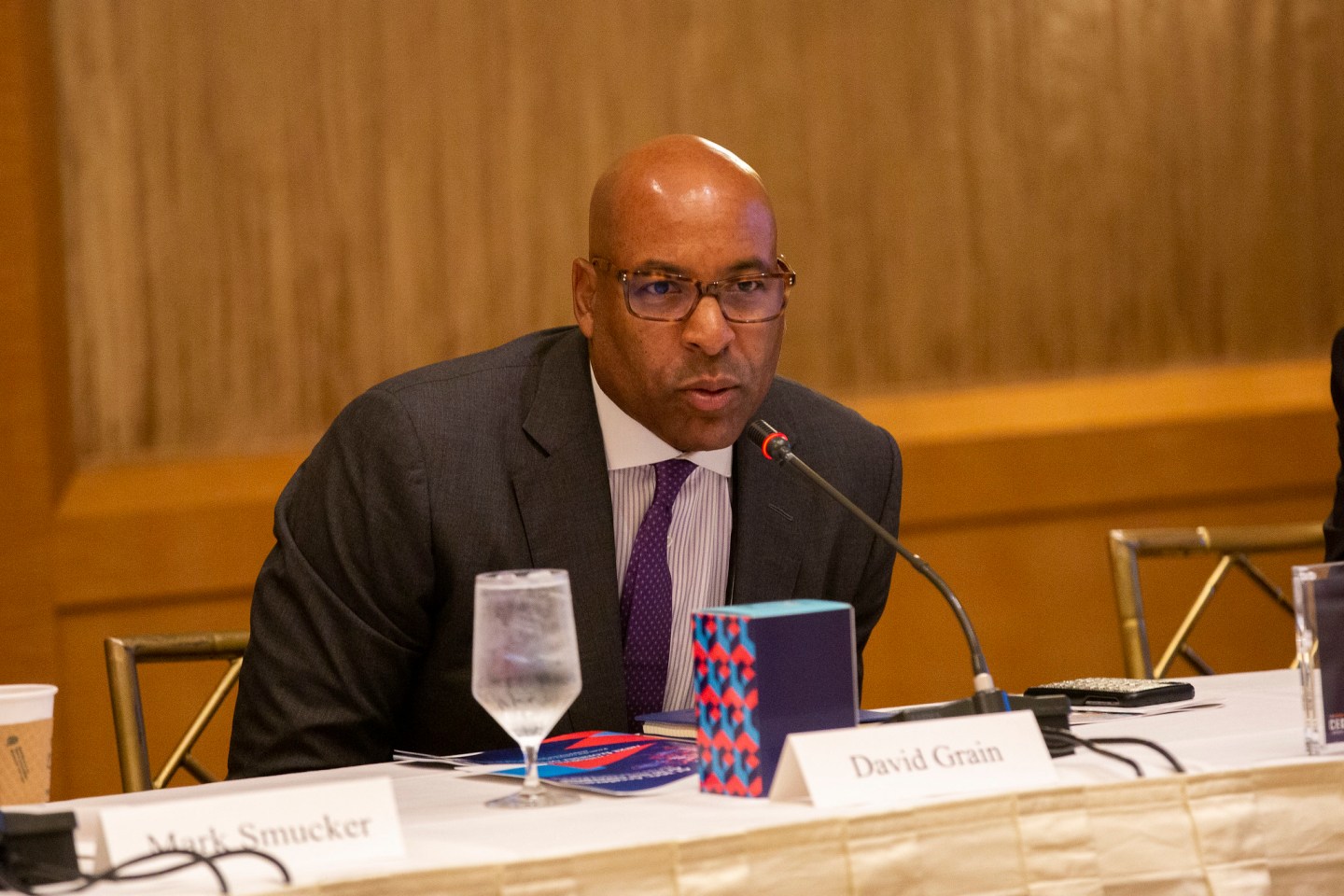 No one wants to miss out on the A.I. revolution. Leery to their lose edge or fall behind competitors, companies big and small are scrambling to deploy artificial intelligence. But it isn’t easy.

That was the consensus of a room of top executives gathered at Fortune’s CEO Initiative in New York City on Monday afternoon. Though many noted their companies are working to enhance business processes or consumer experience with A.I., the business leaders identified a variety of challenges to those efforts.

“The biggest hurdle is talent and the skill of the leadership team,” said Daniel Pacthod, a senior partner at consulting giant McKinsey & Co. “It has to be a top-three CEO topic. The CEO then has to say, ‘I have to retrain my leadership team, not only at the analytics level but from top to bottom.’”

Paul Smith, president and CEO of the CFA Institute, an association of investment professionals, added that this dynamic can be especially tough for companies that are decades old. “How do you take a traditionally structured business and change it into one that is able to access new techniques of operating? It’s quite hard to turn on a dime and rethink how you organize yourself,” he said. “It requires an enormous amount of imagination and courage to go down new pathways that will inevitably create redundancy.”

Smith added that older companies also tend to be at a disadvantage when it comes to data. “You’ve got a bunch of data that is very poorly structured and hard to analyze,” he said.

Preventing skewed A.I. algorithms is another top concern, says Lorraine Hariton, president and CEO of Catalyst, a global nonprofit focused on empowering women in business. “It’s important to make sure that we don’t have bias in the process,” she said, “and that we have diverse and inclusive teams that can avoid bias in A.I.”

Patrick Cogny, a senior executive at Genpact, the global professional services firm, says companies go wrong when they use A.I. to directly replicate what humans do. “You’re going to reproduce the same biases, issues, and underperformance,” he said, “and you’ll never realize the potential of A.I.”

Cogny said his team is working with a large social media company to identify and recruit more resilient content moderators. “We’re not training the machine learning [algorithms] on how well to predict what normal human recruiters would recruit for,” he said, “but we look at the outcomes.”

For smaller businesses, the impediments are more fundamental, said David Grain, CEO of private equity firm Grain Management. The challenge, he said, is “finding an on-ramp for applications that are easy to use.” At Grain, which is focused on investments in the data-rich telecommunications category, “We’re spending a lot of time trying to think through how we evaluate historical data sets and the data that is being created on a daily and hourly basis,” he said, “at an ever-increasing pace.”

Click here for more coverage from The CEO Initiative.