Was the Uber IPO a Success?: Term Sheet 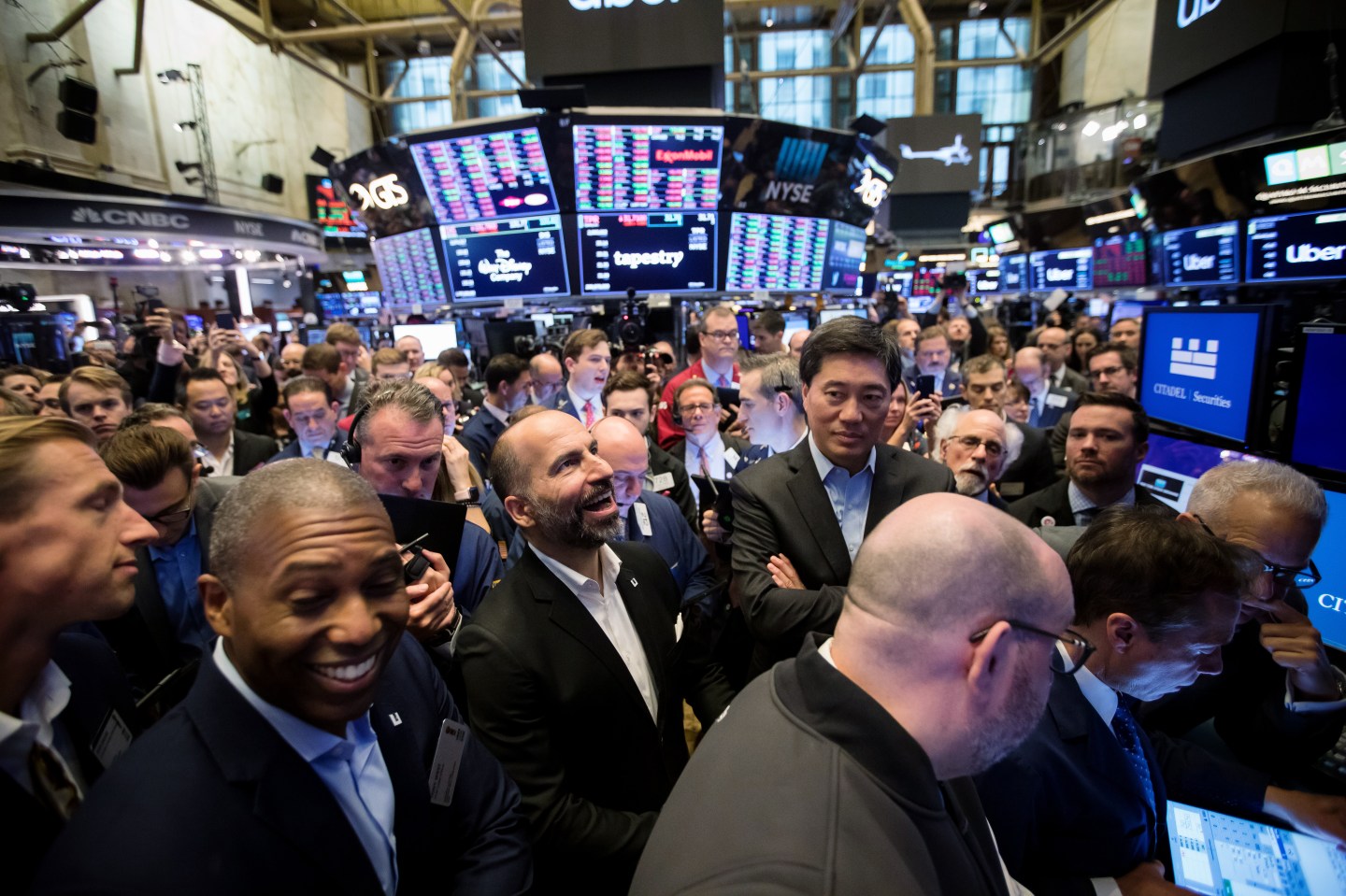 There was so much kerfuffle around Uber’s public market debut that it was hard to sort through the noise.

Vitalyi Katsenelson, the CEO of Investment Management Associates, wrote a column for Fortune explaining why the Uber IPO was not a failure, but rather, how the IPO market is not designed to actually benefit the shareholders of the IPO company.

Where the stock trades at the opening has little to do with what the company is worth, and has everything to do with supply (insiders selling shares) and demand (mutual fund and hedge fund interest in the stock). That’s it. The underwriters’ job is to assess interest on both sides and set a price near equilibrium.

The conflicts inherent in this situation show Wall Street at its worst. The underwriters are supposed to represent the interests of their client, the IPO company (in fact, they get paid handsomely to do so). But there is a conflict between the one-time fee they receive from that company (plus, maybe, the fees they receive if the post-IPO company decides to seek their advice in future M&A activity) and the very predictable trading commissions that are trickling in every single day from their large brokerage clients.

Ultimately, he says, the more exciting and pop-the-champagne worthy an IPO’s first-day moves are, the less the company has to actually celebrate.

NBA BAN: As it turns out, the “fan” who shoved Kevin Toronto Raptors guard Kyle Lowry during an intense Game 3 of the NBA Finals Wednesday wasn't just a fan. His name is Mark Stevens, and he’s a Golden State Warriors minority owner as well as a Silicon Valley venture capitalist.

Stevens is a managing partner of S-Cubed Capital which he founded after spending 23 years at renowned VC firm Sequoia Capital (he became a managing partner in 1993). While at Sequoia, Stevens played a pivotal role with numerous investments with companies including MP3.com, Pixelworks, and Nvidia. He serves on several boards including Nvidia and Second Spectrum, the latter which provides real-time data tracking of NBA games.

Stevens issued an apology for his behavior late Thursday afternoon saying he accepts the punishment handed down and takes “full responsibility” for his “lapse in judgment.”

WEEKEND READ: Speaking of the NBA, I just read an excellent New York Times profile on Joe McLean, who is dubbed “the money whisperer” to the super-rich NBA elite. The story explains how managing basketball players’ money is not the same thing as managing their wealth. It’s McLean’s job to protect his clients’ assets no matter what form they take. Their cars need customizing. Their houses need renovating. Their private bowling alleys need polishing. Their koi ponds need a specific kind of emergency netting installed when the team is on the road and there’s a hurricane bearing down.

To retain his services, each player must agree to put aside at least 60 percent of every dollar he earns, with the rate climbing to 80 percent if he’s fortunate enough to land a long-term deal. Or they’re gone. Read the story here.

• Boomtown, a San Francisco-based startup focused on reducing the complexity of selling, activating and supporting business technology products, raised $12 million in Series B funding. Investors include Telstra Ventures and Capital One Growth Ventures.

• Phospholutions, a State College, Penn.-based fertilizer startup, raised up to $1.5 million in funding. 1855 Capital and Maumee Ventures co-led the round.

• Elliott Management is close to buying Barnes & Noble (NYSE:BKS) for nearly $500 million, according to The Wall Street Journal. Read more.

• Revolve Group, a Cerritos, Calif.-based online women's fashion retailer,  raised $212 million in an offering of 11.8 million shares priced at $18. The firm posted sales of $498.7 million in 2018 and income of $30.7 million. Morgan Stanley, Credit Suisse, BofA Merrill Lynch, Barclays and Jefferies are underwriters. It plans to list on the NYSE as “RVLV.” Read more.

• Personalis, a Menlo Park, Calif.-based maker of a cancer genome sequencing platform for cancer research, plans to raise $100 million in an IPO of 6.67 million shares priced between $14 to $16. It posted revenue of $38 million in 2018 and loss of $19.9 million. Lightspeed (27.8%) Abingworth Bioventures (25%) backs the firm. Morgan Stanley, BofA Merrill Lynch, and Cowen are underwriters. It plans to list on the Nasdaq as “PSNL.” Read more.

• Stoke Therapeutics, a Bedford, Mass.-based maker of therapies for severe genetic diseases, plans to raise $101 million in an IPO of 6.7 million shares priced between $14 to $16. It has yet to post a revenue. J.P. Morgan, Cowen, and Credit Suisse are underwriters. It plans to list on the Nasdaq as “STOK.” Read more.

• L Catterton, a Greenwich, Conn.-based private equity and venture capital firm, raised more than $1.2 billion for its third Asia fund, according to an SEC filing.