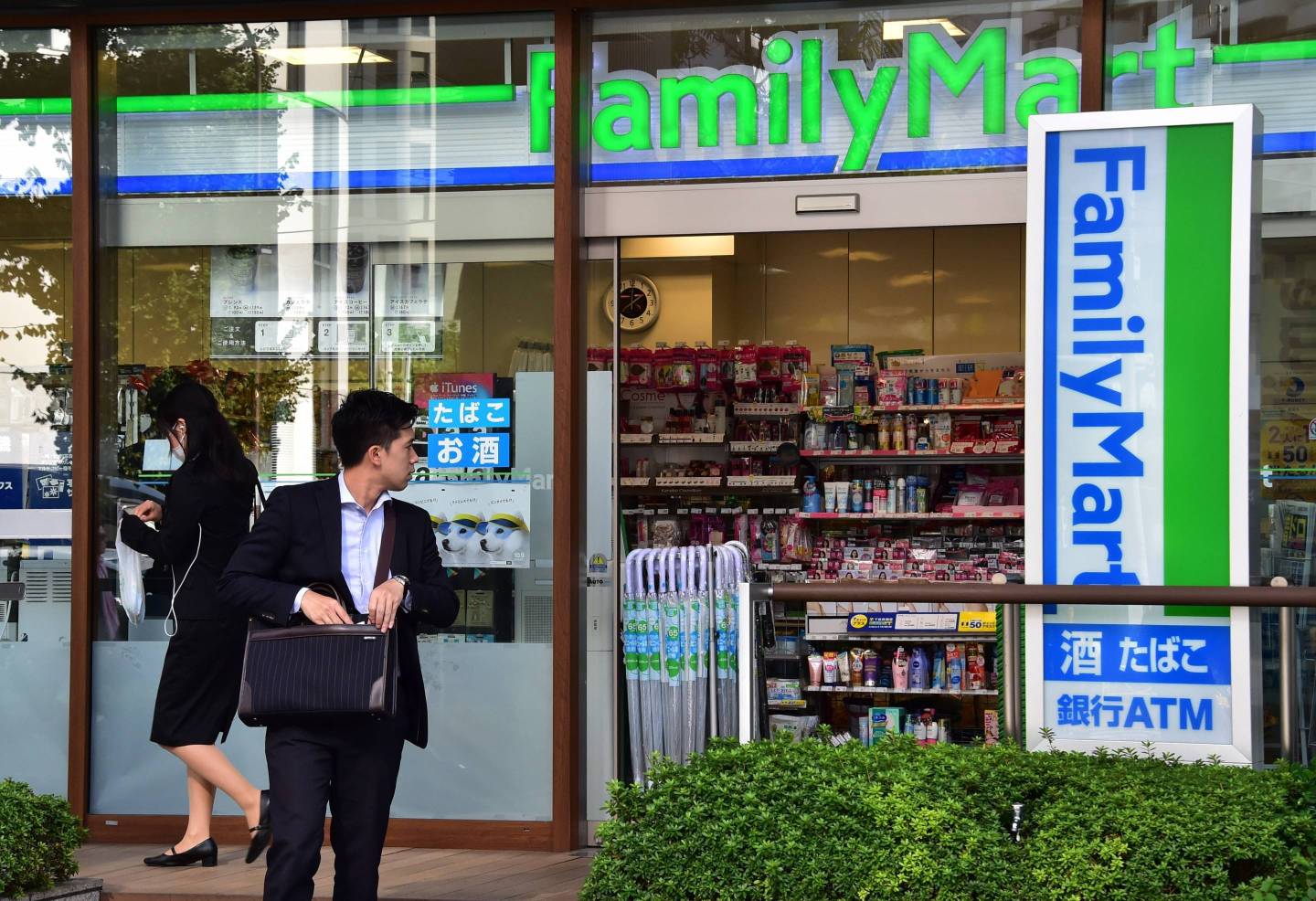 Japan’s FamilyMart—a 7-Eleven competitor in China—wants to part ways with its Chinese business partners, amid loosening foreign ownership restrictions for non-critical industries such as retail and consumer goods.

The move comes as China’s convenience-store market is set to grow by more than 60% to $27 billion in the next five years. That’s a byproduct of rapid urban growth and demand for around-the-clock food, snacks, and beverages, according to Euromonitor International.

FamilyMart UNY Holdings Co. is suing to end its Chinese partnership with Ting Hsin International Group, saying the Taipei-based conglomerate hasn’t fairly shared gains from the chain’s rapid expansion, according to sources familiar with the matter and legal documents seen by Bloomberg.

The spat is the latest tussle involving joint ventures in China because of government restrictions on foreign companies seeking access to its vast consumer market. In 2004, when the FamilyMart joint venture was formed, non-Chinese businesses were mostly not allowed to set up shop in China without a local partner.

In the years since, under pressure from the global business community over an uneven playing field, Beijing has eased access and now requires joint ventures only in certain protected sectors such as agriculture and scientific research.

Consumer giants since have been wriggling out of their joint ventures in order to reap the benefits of their marquee brand names for themselves. For example, in 2017, Starbucks paid $1.3 billion to buy out its East China joint venture partners in its then-biggest deal ever. The following year, Starbucks teamed up with Alibaba to deliver coffee. And in another sign of increased retail competition in China, Starbucks is now battling Luckin, a billion-dollar Chinese coffee start-up.

Under terms of the partnership, Ting Hsin effectively operates more than 2,500 FamilyMart stores in China, sharing profits and paying royalties to the Japanese company.

FamilyMart has filed a lawsuit in the Cayman Islands—where Ting Hsin and the joint venture are registered—to force its partner to relinquish its 60% stake, said Bloomberg sources, who asked not to be identified discussing internal company affairs.

Although Ting Hsin’s founders are Taiwanese, the company has had a presence in China since the late 1980s, before the country’s economy opened up, and is considered a local entity. It also controls other food and beverage brands including China’s leading instant noodle maker.

Ting Hsin argues the royalty fees are three times higher than the average charged by rivals such as 7-Eleven, according to the sources.

FamilyMart alleges Ting Hsin sought to reduce the royalty fee it pays for use of the brand to 0.3% or less from the current 1% and withheld royalty payments for seven months, according to the documents. The payments were subsequently paid, one person said.

The Japanese company also alleges Ting Hsin didn’t provide adequate disclosure of transactions related to the joint venture that would give FamilyMart Japan a full picture of the venture’s profitability, according to the documents.

“We cannot comment on matters of litigation,” said Shinsuke Otsuki, a spokesman for Tokyo-based FamilyMart, which is 50.1%-owned by trading house Itochu Corp. Ting Hsin is not commenting due to contractual confidentiality agreements, the company said in a emailed statement.

Although 7-Eleven operates more stores in China, FamilyMart has had the most success among Japanese rivals, making up 8.4% of the market’s $17 billion in sales, according to Euromonitor. FamilyMart is second only to local chain Dongguan Sugar & Wine Group Co., which sells low-cost goods in less-developed parts of the country.

While it is caught up in a trade war with the U.S., China, separately, is preparing to open up sectors such as banking and auto manufacturing in 2020 to full foreign ownership, and curtail forced technology transfers. The shift of critical know-how to local partners is how European conglomerates Siemens AG and Alstom SA ultimately saw themselves out-competed globally in high-speed rail contracts by Chinese state-owned companies.