The Anatomy of an Anti-Vaxxer 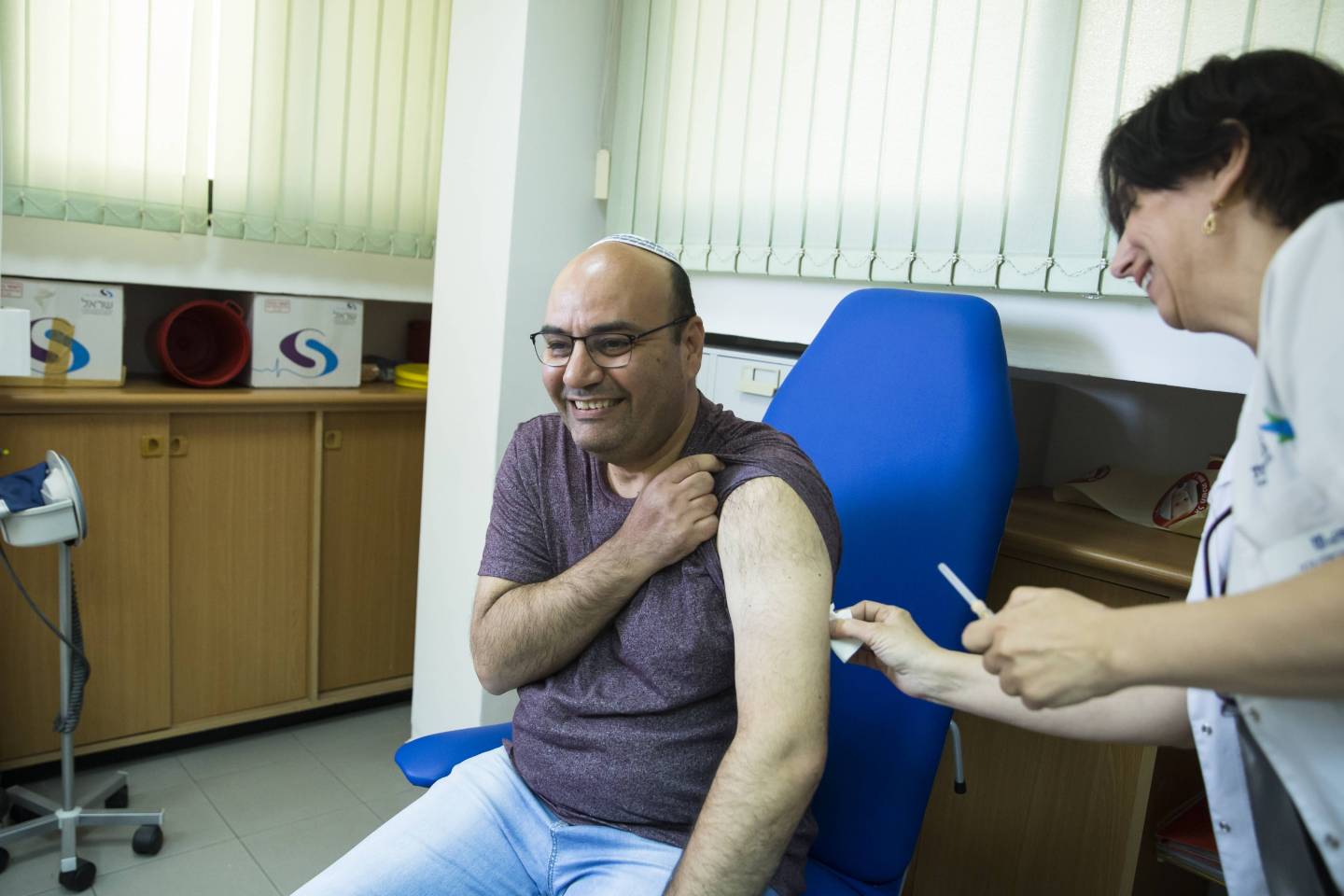 HADERA, ISRAEL - MAY 12: Nurse Gavriella Cherni gives a measles vaccine to patient Moti Vnunu a head of his visit to the US in the next weeks on May 12, 2019 in Hadera, Israel. Israel faces an unusual outbreak of measles in the past year. According to Israel's Ministry of Health, some 3,600 cases of measles have been reported in Israel between March 2018 to February 2019. (Photo by Amir Levy/Getty Images)
Amir Levy Getty Images

Another week, another dire report from the Centers for Disease Control (CDC) on the historic measles outbreak winding through America. As of May 10, 839 measles cases have been confirmed across 23 states, a hike of 75 cases in the past week alone, according to the agency. There are now more than ten times as many confirmed measles cases in 2019 as there were in 2010, when the highly infectious disease had nearly been wiped out in the United States, and the vast bulk of the infections are among unvaccinated people.

We’ve dedicated significant space to the harm anti-vaccination movements have done to public health, and how social media platforms such as Facebook have made it easier than ever to spread demonstrably false anti-vaccine propaganda. But it’s worth exploring: Just what is it that makes someone a vaccine skeptic or an “anti-vaxxer?”

It’s a fascinating question because some elements of vaccine-skeptical or vaccine-hostile groups have no discernible relationship to each other. There are the conspiracy theorists who believe vaccines are a nefarious government tool, and that inoculation campaigns are hatched by a shadowy cabal of feds and big pharma companies. Anti-vaxxers are found all along the political spectrum—among both right-wing critics of big government dictating what we put in our bodies and anti-corporate liberals who believe vaccines to be a money-seeking scam. I read a tweet from a fellow health reporter this morning who said an anti-vaxxer had emailed her to insist she be (in her eyes more accurately) referred to as an “anti-toxxer” instead.

There’s been some fascinating sociological research looking into what unites (and divides) the varying degrees of anti-vaccination activists. And these kinds of subtleties are important to the broader work of public vaccination campaigns.

“Although many may characterize all individuals who eschew vaccines as ‘anti-vaccine’ or ‘vaccine deniers,’ in reality there is a broad spectrum of individuals who choose not to have themselves or their children vaccinated,” wrote Kent State University’s Tara C. Smith in a 2017 paper. “These range from individuals who are solidly antivaccine, frequently termed ‘vaccine rejectors’ (VRj), to those who may accept or even advocate for most vaccines but have concerns over 1 or more vaccines.”

Smith goes on to expound on a three-pronged taxonomy people who don’t trust one or more vaccine types: Vaccine rejectors, vaccine refusers, and the vaccine hesitant, in descending order of resistance to vaccination. And while the vocal “vaccine rejector” group tends to whip up the most media attention, Smith points out it’s possible the vast majority of of those who question vaccines fall under the latter two cohorts—and those people may still be persuadable by the science.

But that also depends on an effective communication strategy. As multiple studies have shown, yelling, “YOU’RE WRONG!” at avowed anti-vaxxers tends to push people into their entrenched positions. The World Health Organization (WHO) actually has a useful guide on how to approach anti-vaxxers. Some of the main morsels of advice? Know exactly who your audience is (and adjust accordingly), speak respectfully, and direct the issue back to the science while emphasizing everyone’s common goal of protecting our children and preventing human suffering.

Subscribe to Fortune’s Brainstorm Health Daily newsletter for news on the most exciting health innovations delivered straight to your inbox.