Trump Keeps Alluding to Extending His Presidency. Does He Mean It? 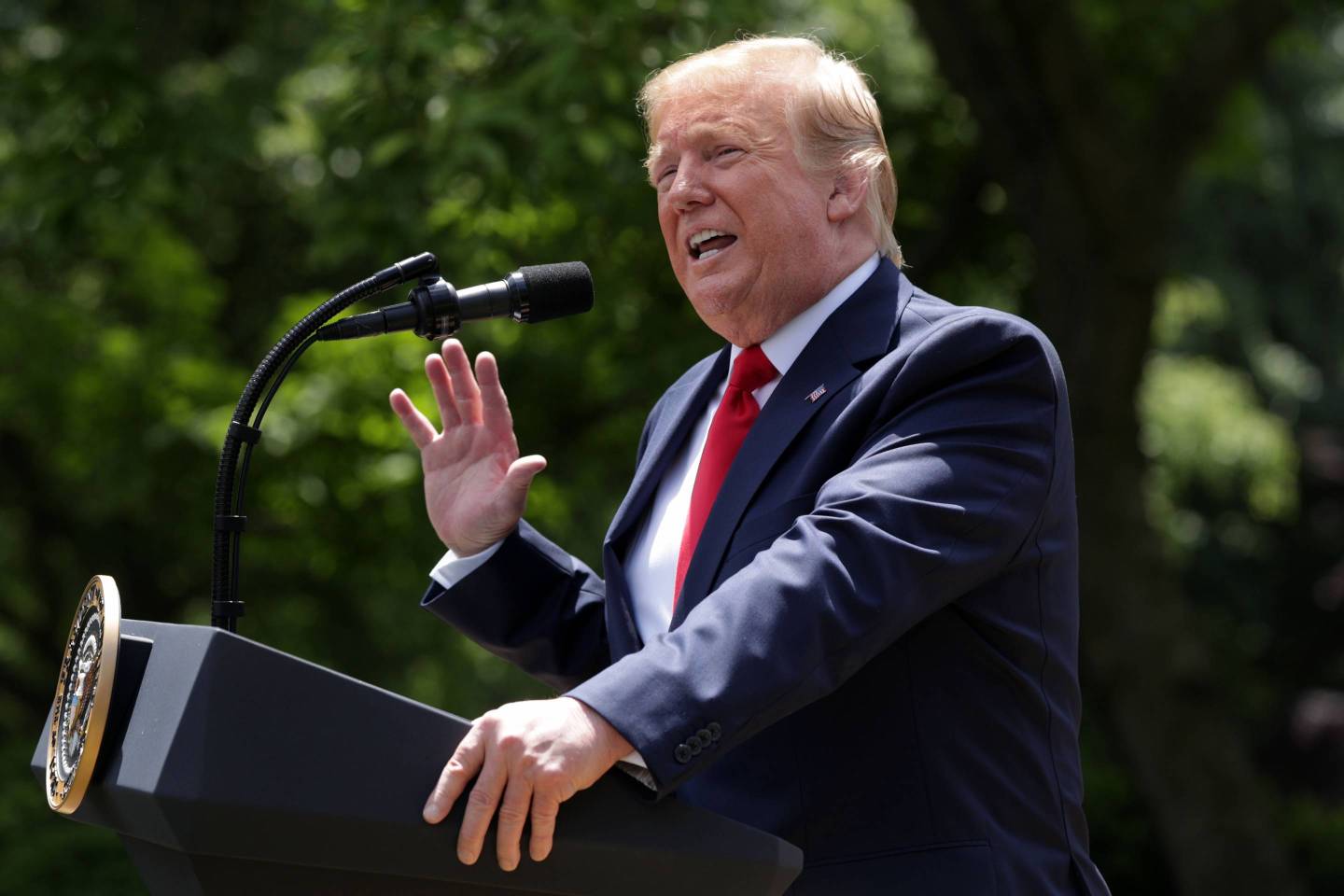 President Donald Trump on Sunday night retweeted conservative religious leader Jerry Falwell Jr., who said the president should have two years added to his first term “as pay back for time stolen by this corrupt failed coup,” referencing Special Counsel Robert Mueller’s lengthy investigation into Russian interference in the 2016 election.

While the move would be an unconstitutional power grab, Falwell referred to the extension of the president’s term as a form of “reparations,” a troublesome nod to current ongoing discussions within the Democratic Party about whether the U.S. government should pay reparations to the descendants of formerly enslaved people.

Trump then went on a tweet storm of his own, arguing that “they have stolen two years of my (our) Presidency.” In a follow up tweet, the president added, “The Witch Hunt is over but we will never forget.”

Despite the tremendous success that I have had as President, including perhaps the greatest ECONOMY and most successful first two years of any President in history, they have stolen two years of my (our) Presidency (Collusion Delusion) that we will never be able to get back…..

This is not the first time Trump has referenced extending his presidential term, leaving some concerned that he would not voluntarily give up the White House if he lost the 2020 election.

Since 2016, Trump has repeatedly claimed that the election was rigged against him, and that there was widespread voter fraud.

Trump joked last month about extending his presidency, after he received an award at an event for the Wounded Warrior Project. The event was held the same day Mueller’s report was released to the public.

“Well, this is really beautiful,” Trump said. “This will find a permanent place, at least for six years, in the Oval Office. Is that okay?”

He continued: “I was going to joke, General, and say at least for 10 or 14 years, but we would cause bedlam if I said that, so we’ll say six.”

The president made similar comments last year in a speech to Republican donors at Mar-A-Lago, where he praised Chinese President Xi Jinping for consolidating his power and doing away with term limits.

In a recent interview with The New York Times, Democratic House Speaker Nancy Pelosi said she didn’t trust Trump to respect the results of the upcoming election if he lost, unless a Democratic candidate won by an overwhelming majority. Pelosi argued, for this reason, the party should embrace centrist politics going into 2020, as some Democrats are leaning further left.

But Pelosi isn’t the only one who has expressed this concern.

Michael Cohen, the president’s former personal lawyer of 10 years, told the House oversight committee earlier this year that he worries “there will never be a peaceful transition of power” if Trump loses in 2020.

—What is contempt of Congress? All of your questions, answered

—What exactly are slavery reparations? 2020 Democrats are trying to figure that out

Follow Fortune on Flipboard for the latest news and analysis.