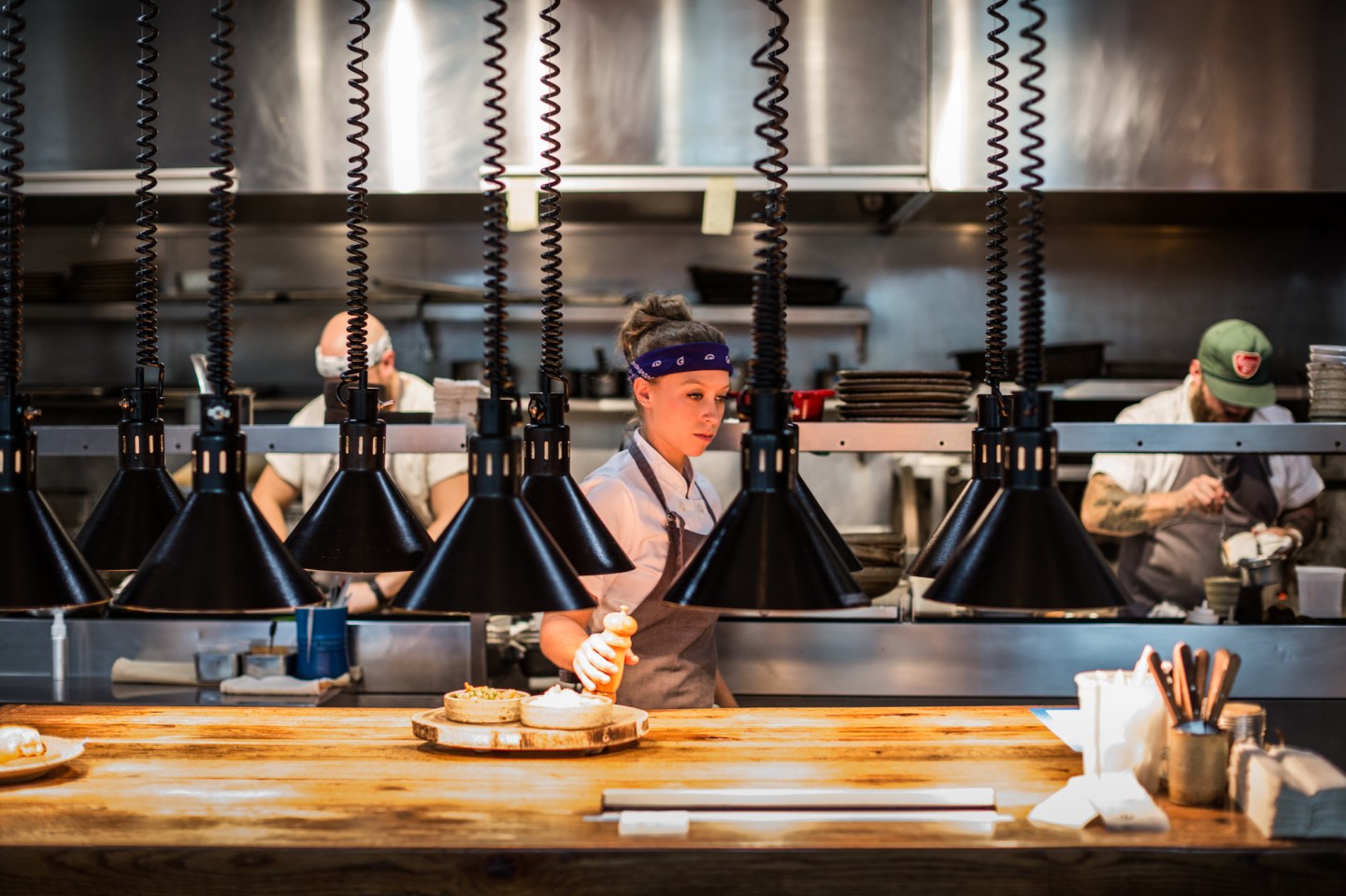 When chef Maneet Chauhan, also of Chopped and Iron Chef fame, was deciding where to open her restaurant, she chose Nashville. That was partially because of Margot McCormack and Deb Paquette, two female chefs and entrepreneurs who raised the culinary bar in Nashville.

“When I came here, it was easy to see who were the trailblazers. It was the women,” Chauhan tells Fortune. “I met [Paquette] on one of my visits and it just firmed up the decision to come to Nashville.” Since 2014, Chauhan has opened four restaurants in Nashville.

Read More: The Restaurants in Nashville You Need to Know About Now

“If there were the same number [of female chefs] as there are in Nashville in a larger city, it would still seem like a large number,” Chauhan says. “To have this many in the city, it is tremendous.”

Until Paquette, McCormack, and a handful of others, Nashville cuisine was largely based upon Southern specialties and chain restaurants, without a lot of emphasis on cooking rooted in seasonality and ingredient availability. Those women have since trained a long list of its chefs, many of whom stuck around and hung their own shingles.

“I grew up here and while I didn’t know it then, I sought out woman-owned restaurants. For my prom nights in high school I went to F. Scott’s Restaurant (where McCormack was then cooking ) and Cakewalk (where Paquette was in the kitchen),” says Jess Benefield, who, with her husband Trey Burnette, owns The Green Pheasant and Two Ten Jack, two acclaimed Japanese restaurants.

“When I was in [culinary] school, there was one girl in every class: one woman to 17 men. Now, maybe, there are eight women to 17 men,” says Paquette, who credits her personal lack of fear and being “kinda tomboyish” to her success in the early days.

Nashville is known for being a collaborative town. The basis of the economy—songwriters penning hits for country stars—revolves around multiple people working together on the lyrics for one song. That carries over into a supportive environment citywide. There’s a Two Ten Jack outpost in Chattanooga, too, and while Benefield loves that city, she says collaboration is more noticeable in Nashville.

Others think that a long tradition of Southern women being strong role models in and outside of the kitchen that has paved the way.

“You have to be contrary to be a Southern woman,” says Seema Prasad, who owns Miel, a French-inspired mainstay for more than a decade. “Southern women are tough, but overtly tough rather than covertly tough.” Nashville native Julia Sullivan, owner of the acclaimed Henrietta Red, thinks female country music icons,—citing “Dolly, Reba, and Martina,” specifically—are examples of how the city values female creative perspectives. Chauhan adds that “cooking is a form of art, and Nashville is a music city that supports artists.”

These beliefs don’t make it easy. Lisa Donovan is one of the city’s most beloved pastry chefs, and for some, one of the city’s biggest celebrities as a private chef. Penguin Press will publish her cookbook in 2020. Donovan also authored an article in Food & Wine about #MeToo experiences in the culinary industry; it won a James Beard Award. Now Donovan is opening a restaurant and collaborative space with her husband John Donovan, who owns Tenure Ceramics; he makes handcrafted dinnerware for many of the city’s top restaurants.

Donovan is aware that many of her opportunities aren’t universal. “Men have an easier time getting small business loans, and women of color struggle even more with outside financing,” she says.

Sarah Gavigan, who worked in the film industry before opening a pop-up restaurant and now three ramen restaurants, believes that women are thriving in her hometown for one reason: “Women are taking the opportunity. They are not given the opportunity. No one is fucking giving me anything. I had to manifest it out of thin air.”

That said, Gavigan, who also had a cookbook published last year, asserts women make good entrepreneurs: “You have to have a lot of intuition to be good at business, and women are programmed to use intuition. That’s why women are succeeding.”

Katie Coss worked her way up the kitchen ladder at Husk Nashville, a restaurant with a near-religious reverence for Southern ingredients and wood-fired dishes. Coss wanted to work that grill, but was told she could only do so if she could carry as much wood up and down the stairs as quickly as her (male) co-workers. “Luckily, all the boys were out of shape,” Coss laughs. Now Coss, at age 27, is the executive chef at Husk Nashville.

Resy, the online reservation platform, expanded its Women of Food series this year, adding Nashville to the list of stops, with Gavigan and Coss cooking. Radio Cherry Bombe, the podcasting arm of the magazine highlighting women in food, stopped in Nashville on its 2018 tour. And, Les Dames d’Escoffier, an international philanthropy of women in food, is hosting the group’s worldwide conference in Music City in October. All these events, locals say, help underscore Nashville’s growth as a city of culinary trend-setters.

“I am proud to be part of a community that appreciates women,” Paquette says. “I am going to be here forever.”