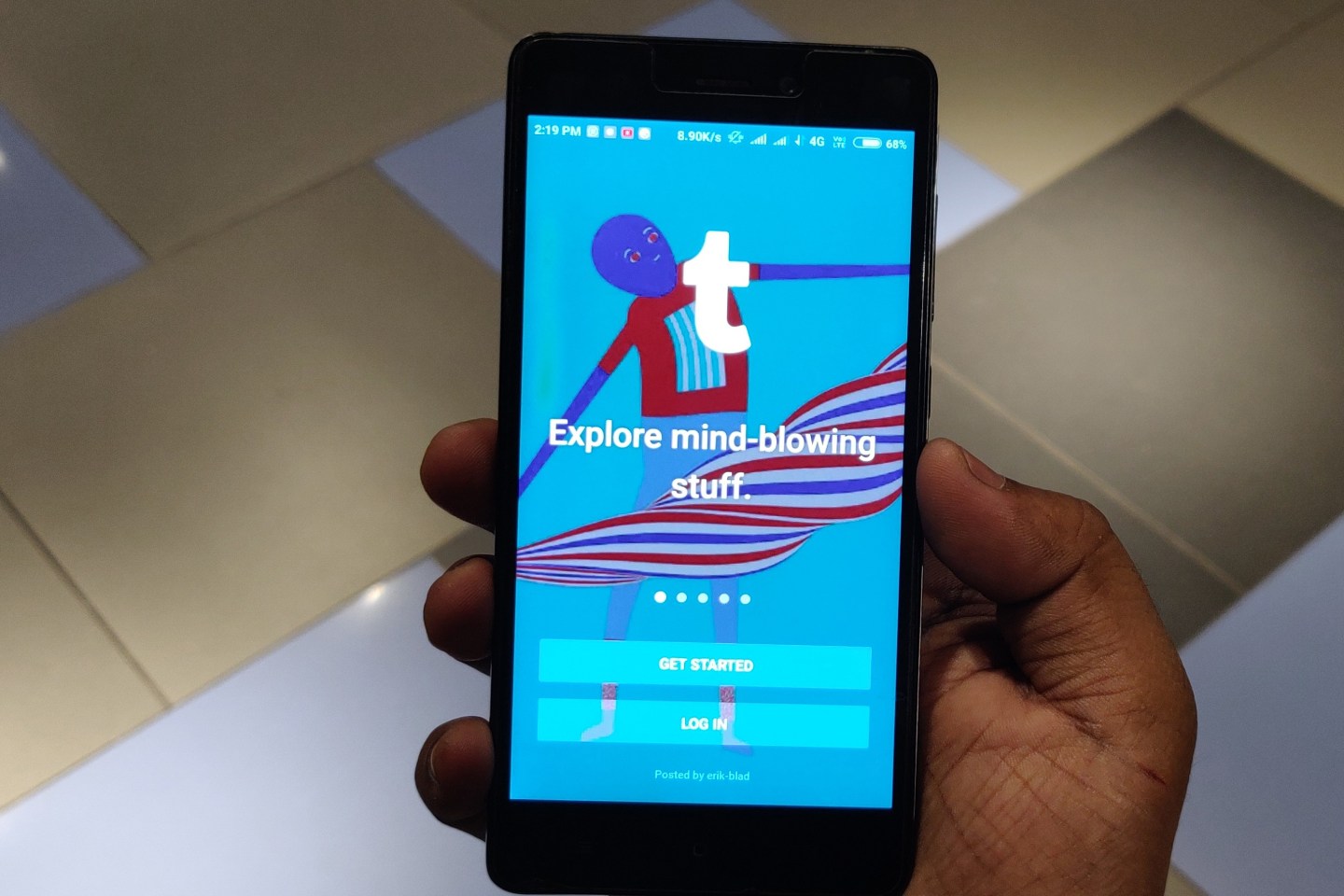 They say sex sells, but that’s not the case at Verizon.

The company is reportedly looking for a buyer for its beleaguered blogging platform, Tumblr, months after instituting a ban on racy content that caused almost a third of its loyal users to flee in protest. A Verizon spokesperson told Fortune that it doesn’t “comment on rumors.” The news came as a surprise to industry watchers, as Verizon was thought to have halted efforts to sell off brands under its Verizon Media umbrella, choosing instead to revamp or simply shut down those that were seen as underperforming.

Its young user base had been fleeing the platform for years but the ban on NSFW content was the last straw. By March, user traffic had reportedly tumbled 30%, with over 100 million blogs shuttered, according to the Verge. Verizon Media has since stood by the decision, saying that it was delivering “on its promise: to provide a safe place for communities of all kinds to thrive.”

Verizon is neither a tech nor a media company – it is a telecommunications company. But in its bid to tap into the lucrative online advertising business, it has became the owner of a huge media empire. This was accomplished after it spent a combined $9 billion to acquire fledgling internet dinosaurs, AOL and Yahoo. Along with their lucrative search and mail operations, the deals also gave Verizon control of a number of online media properties that the two had recently snapped up, such as the Huffington Post, TechCrunch, Mapquest, Yahoo Sports and Tumblr.

Though the media business makes up a small part of Verizon’s overall revenues, it’s a textbook case of what can go wrong when companies stray from their core businesses. Put simply: Verizon’s forays into the media world has been a total disaster. It acknowledged as much in December last year when it wrote down the value of its media holdings by $4.5 billion. That came six months after the company shut down its own, home-grown mobile-video platform, G90. Verizon had sunk $200 million in content and marketing during G90’s lackluster, three-year run. The decision to shut it down forced the company to take a $658 million write down during the second quarter of last year. (Verizon’s stock has been relatively flat YTD.)

Verizon didn’t acquire “bad content,” per se; it just failed to manage it well. The company paid billions of dollars to build Verizon Media hoping to create a new revenue stream by leveraging the power of its massive telecommunications platform to sell lots of targeted ads. It isn’t a terrible strategy, but for some reason, Verizon Wireless’s communications arm reportedly refused to share the important customer data necessary for the media arm to build the promised ad platform. Concerns on running afoul of user privacy laws was most likely the issue, but investors may be wondering why this suddenly became a problem after the company had just spent billions of dollars building a media platform.

Digital ad spending in the US is set to rise nearly 19% in 2019 to around $129 billion, according to eMarketer. Nearly 60% of that money will flow to Google and Facebook, with the rest up for grabs. But while Amazon is set to grow its business by 50% this year to take an 8.8% share of the market, Verizon’s share is projected to shrink from 3.4% to 2.9%. That means Verizon should bring in $3.7 billion in ad revenue, which, while not terrible, is a sliver of what it could be bringing in.

Tumblr’s content is almost all user driven, meaning that it doesn’t cost Verizon a penny to make it. It just needed to store and police the content to ensure that it wasn’t hosting anything illegal. Last year, Verizon successfully sold mainstream ads on NSFW content, a unique offering that could have eventually turned into a cash cow given Tumblr’s huge user base.

Tumblr, meanwhile, is a unique property on the internet, which could prove extremely lucrative to an independent media company. But it won’t be worth nearly as much without its hard-core users. While many users erased their content in protest of Verizon’s ban, many blogs that contained NSFW content are still being hosted on Tumblr’s servers, only visible to its creator. As such, for some users, lifting the ban could be as easy as flipping a switch. Furthermore, Verizon allowed its users to download the contents of their blogs into a small neat package before they were purged. This means many of the blogs can be uploaded back to the site without a ton of work.

Verizon may find that it could extract more value by converting Tumblr into a wholly-owned or partially-owned venture, farming out the tech and content creation, while retaining the right to sell ads. Eventually, Tumblr would likely need to up the quality of its content, requiring further investment. Verizon could furnish the cash, leaving the tech, content creation–and policing–to Tumblr’s team.

Or, put another way, if sex doesn’t sell, maybe it can at least spinoff.