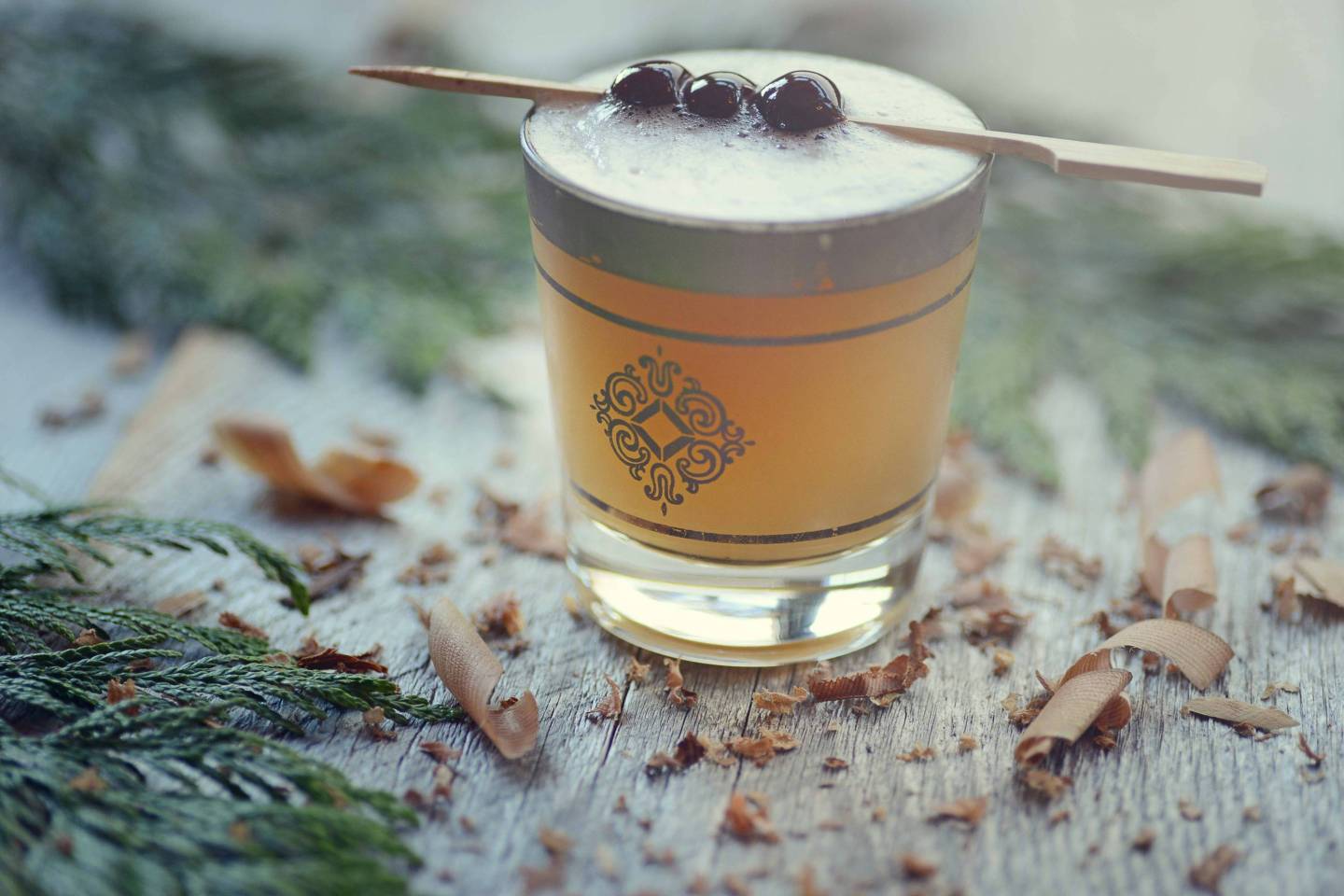 Wolf in the Fog

The adventure of visiting the beach resort of Tofino on British Columbia’s far west coast starts when you get on the flight. There’s no easy way to get there: once you make it to Vancouver, it’s either a combination of a ferry ride and a multi-hour drive, a seaplane hop, or a short flight in a small plane. As that third option touches down at Long Beach Airport, the flight attendants hand out Werther’s Originals, and the wheels miss the outstretched sand by mere meters. It is a greeting as solidly Tofitian (of Tofino) as the scent of the sea that greets passengers as the cabin doors open.

Approximately 2,000 people live in Tofino, but the population swells to as many as 20,000 at one time as visitors flock to surf the legendary waters, watch the epic winter storms, and to—literally—drink in the local flavor. On a peninsula hemmed in by the old-growth forest of the Pacific Rim National Park Reserve on one side and the barely sheltered wild edge of the Pacific Ocean on the other, brewers, distillers, and bartenders look to bring the flavors that surround them into the cups of visitors, infusing drinks with a woodsy cedar flavor while drawing in a briny boost from local seaweed.

The fog rolls into Tofino every morning in August and September, says Hailey Pasemko, the bar manager at local restaurant Wolf in the Fog, as she strolls through the local woods. She’s looking for seasonal berries, like the jammy salal and tart cynamoka, to add to the cocktails she serves. “If you’re a restaurant in Tofino and you’re not foraging…” she says, trailing off and shaking her head in dismay. The remote location means anything not found or grown locally has to be ferried and trucked in—a process that’s expensive, ecologically unfriendly, and flies in the face of the devotion Tofino has to local flavors. So, at Wolf, as it’s called for short, in addition to the long list of B.C. and European wines and local beers, the signature cocktail embraces the same forest fragrance as the town: the Cedar Sour.

To make it, she soaks cedar shims in rye for a week, before using it in what’s essentially a whiskey sour made with lemon-thyme syrup. The gentle blanket of foam on the top recalls the morning fog rolling in to Tofino, and it drinks like squeezing in around the fire for a post-hike bonfire on the beach.

Across town, the Tofino Distillery first opened its big garage doors last summer, launching with a small line of gins and infused vodkas made from local products, including Old Growth Cedar Gin. No, they’re not stealing bark from the ancient trees. Instead, they infuse their flagship West Coast Gin with western red cedar tips. Big, bold cedar flavors seep through each sip. But because the tips—being the youngest part of the tree—are brighter and fresher, it’s more like a crisp morning walk among the damp trees than the beach bonfire of Pasemko’s cocktail.

But in Tofino, the beach is never far from mind—or glass. Just behind the distillery, Tofino Brewing Company moved into a larger location in the fall of 2017. Tofino’s surf-town culture and tourist crowds had packed the original since it opened in 2011, and the new space gives them plenty of room to pour classics like the Tuff Session Ale, Hoppin’ Cretin IPA, and Tofino Lager.

But it’s the Kelp Stout that carries the most local flavor, smooth and dark, and wildly drinkable. The sustainably harvested kelp whispers just a hint of Pacific Ocean saltwater breezes through the thick, chocolatey flavor.

Adding seaweed to beer could, done wrong, seem gimmicky. But here—like so much in Tofino—it seems so subtle and so natural that suddenly the question becomes why wouldn’t you do that, given the surroundings. Even across the street, a charcuterie shop called Picnic grinds kelp into its sea sausage salami, and also brines its ham in the brewery’s stout.

Back at Wolf in the Fog, Pasemko’s menu has no kelp. But you might find the Old Growth Gin woven into a take on the Corpse Reviver #2, beers from Tofino Brewing Co., and if the season is right, a sea asparagus-infused vermouth meets pea-infused gin in a cocktail called Sea Shells, Pea Shells.

These days, plenty of watering holes promote the idea of “drinking local” by serving cocktails advertised with local ingredients. But Tofino’s remote peninsular location almost demands it. The geographical restrictions that might limit some bartenders can also give others the inspiration to make beverages that truly reflects and tastes like the environment them.