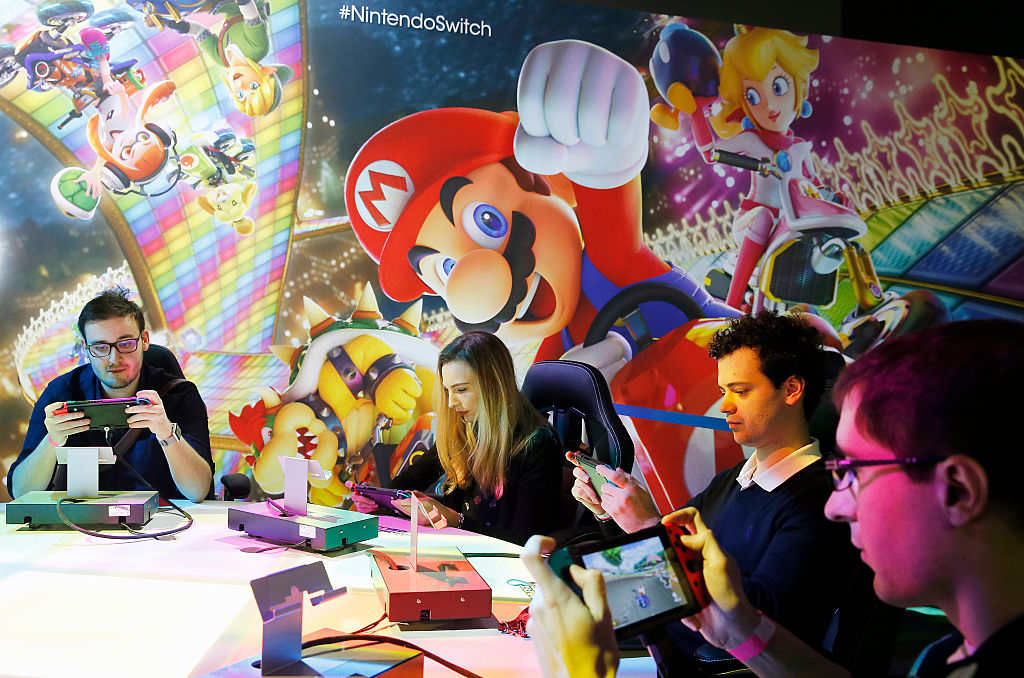 PARIS, FRANCE - JANUARY 13: Visitors play the "Mario Kart 8 Deluxe" video game on a Nintendo Switch games console during the new console's unveiling by Nintendo Co on January 13, 2017 in Paris, France. This next-generation game console, billed as a combination of a home device experience and a portable entertainment system, will be available for $ 299.99 in the US from March. (Photo by Chesnot/Getty Images)
Chesnot Getty Images

The Kyoto-based gaming giant on Thursday confirmed that it has begun accepting applications for a closed beta test of the app that will run from May 22 to June 4, ahead of a full release in “Summer 2019,” according to a company spokesman. The title had already been delayed once and Nintendo has yet to reveal even a single screenshot, which raised concerns about whether development was on track.

DeNA, which is co-developing the title, jumped 5.7% on the news, the most since October 2017. Nintendo shares pared gains ahead of its earnings release later in the day.

The Mario Kart Tour test will be available only to Android phone users in the U.S. and Japan, according to the official website. That’s a reversal for Nintendo, which in 2016 released its first major smartphone game Super Mario Run exclusively for Apple Inc.’s iOS devices.

Analysts say the Mario Kart franchise is well suited for a mobile format, and some see it as as Nintendo’s best chance at achieving a billion-dollar-grossing app.