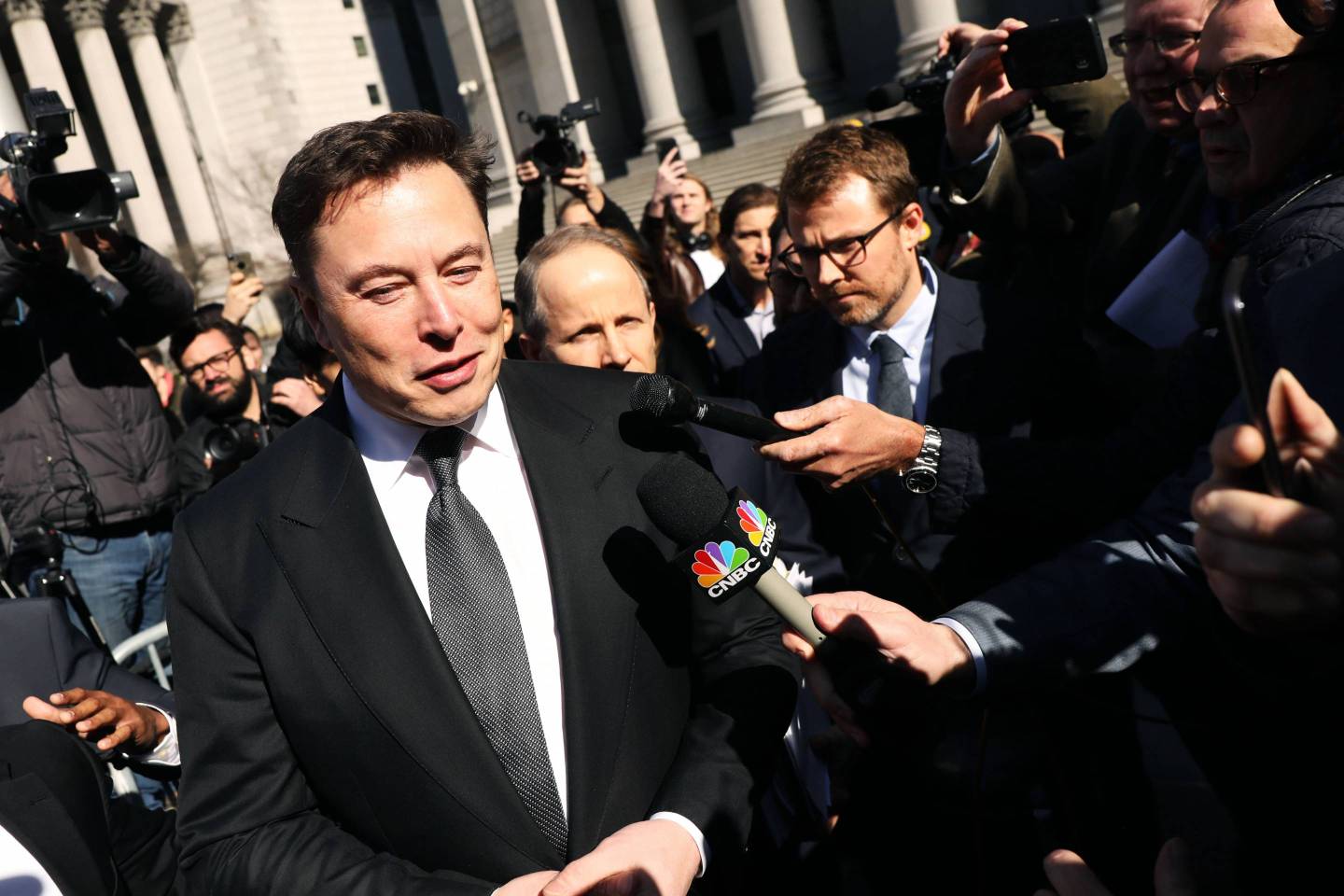 Elon Musk and the U.S. Securities and Exchange Commission will have another week to resolve a legal fight over his tweeting habits after saying they’re making progress and need more time.

In a joint letter to U.S. District Judge Alison Nathan, Tesla Inc.’s top executive and the securities regulator said they haven’t been able to resolve a legal dispute over how Musk posts news about his electric-car company. The judge agreed and gave them until April 25.

The two sides had reached a settlement in October that required Musk to seek approval before tweeting any information about the company that investors might view as material. However, in February, Musk tweeted — without having it reviewed — that Tesla would make 500,000 cars this year, then corrected himself that that was an annualized figure.

The SEC asked the court to hold him in contempt for violating their deal over the post. And at the end of a hearing earlier this month, Nathan urged both sides to “put on your reasonableness pants” and work something out.

She ordered both to sit down for at least an hour and reach an agreement on how to amend their settlement or risk her making a decision on whether to hold the billionaire CEO in contempt.

Hours after news of the extension, Musk continued to tweet, making sheep jokes with the Museum of English Rural Life and changing his profile picture to a ram. Shortly afterward he posted: “My Twitter is pretty much complete nonsense at this point,” before more tweets about memes and sheep.

In the runup to the decision on the delay, Musk defended his February tweet about the car production target, saying he was just repeating information that Tesla had already disclosed. The SEC disagreed, asking Nathan to find Musk in contempt and consider hefty fines as punishment. Nathan refused to make an immediate decision, saying both sides needed to eliminate ambiguities in the earlier settlement.

The fight dates back to Musk’s Aug. 7 tweet that he had “funding secured” to take Tesla private, sending the shares surging. After an investigation, the SEC sued, saying Musk had misled investors. Musk and Tesla resolved the dispute by agreeing to each pay $20 million, without admitting wrongdoing.

Musk hasn’t let the current dispute rein in his tweeting, even while the two sides were working toward a revised deal. This past weekend, he repeated his February claim, responding to another Twitter user’s post with “Tesla will make over 500k cars in (the) next 12 months.”