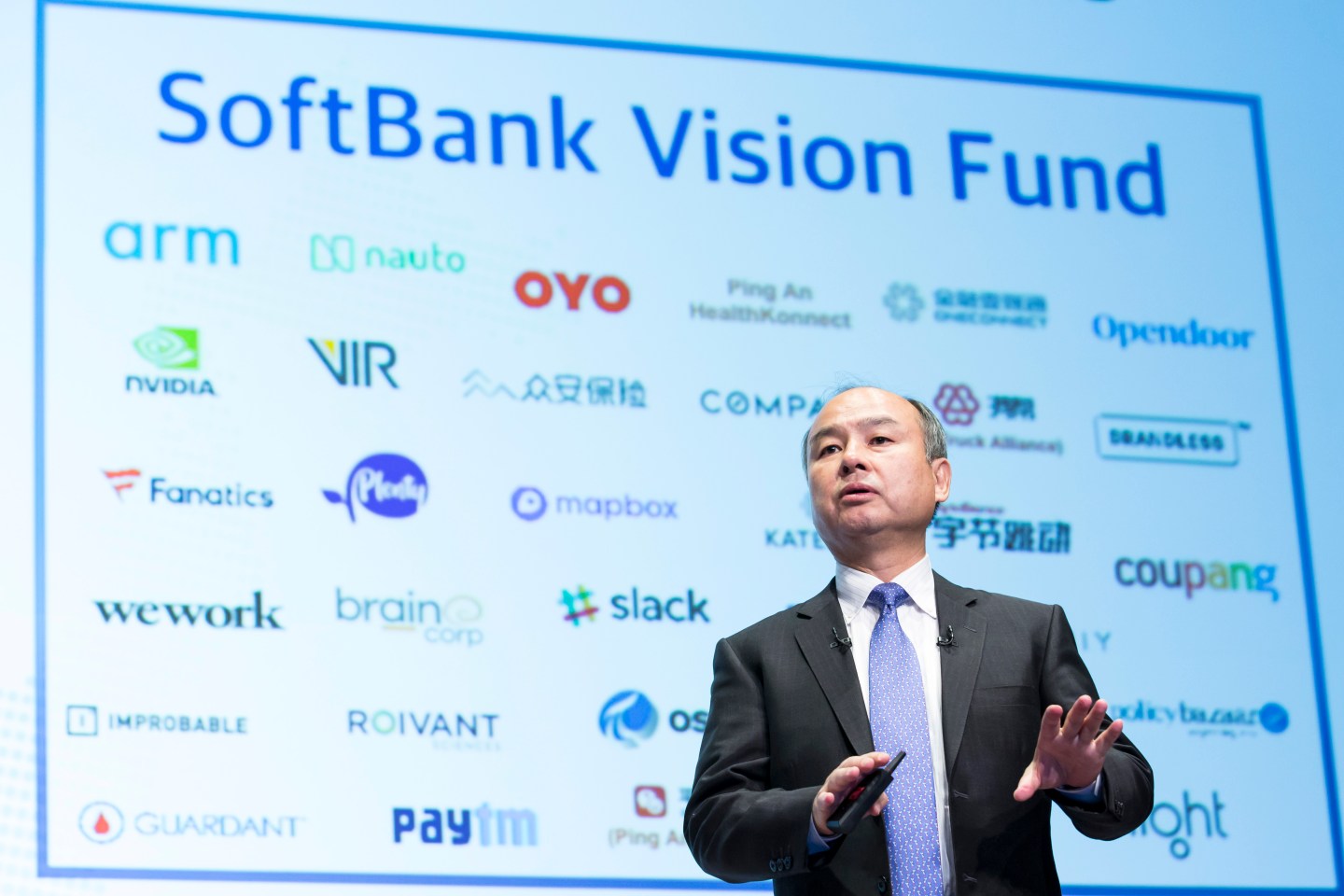 Softbank is doubling down on Lemonade.

Lemonade, a New York-based peer-to-peer insurance company powered by artificial intelligence, raised $300 million in Series D funding at a valuation of more than $2 billion. Softbank led the round, and was joined by investors including Allianz, General Catalyst, GV, OurCrowd, and Thrive Capital. The company plans to use the capital to launch new products and accelerate its US and European expansion in 2019.

Here’s how Fortune described the startup in 2016: It pools insurance premiums from people who know and trust one another. That pot of money is used to pay members’ claims, and members then keep any unused cash. Its competitive advantage for users is that the insurance company doesn’t gain anything from denying claims, and is therefore more willing to reach settlements. Larger reinsurers provide backup in case damages exceed available funds.

Gee, you may think, but this startup is barely three years old! It’s already raised a total of $480 million and is valued at $2 billion?! Yes. And it already has 163 employees and has sold over half a million policies. It also reportedly hit $57 million in revenue last year and is on track to do $100 million this year. “In less than three years, Lemonade has expanded across the US, given back to dozens of charities chosen by our community, and fundamentally changed how a new generation of consumers interacts with insurance,” said Daniel Schreiber, CEO and cofounder, Lemonade.

When I wrote about Lemonade’s last funding round in Dec. 2017, I noted that Softbank is fundamentally reshaping the tech financing. At the time, Softbank led the company’s $120 million Series C round, and I called it “a bombshell amount.” (ha!) But I had enough common sense to ask the question: “As much as we blast companies for raising more than they need, sub-optimally spending their resources, and ruining their cultures in the meantime, are we even at the peak yet?”

And on April 11, 2019, the answer is, “Absolutely not.” As long as players like Softbank are willing to double down and propel the growth of companies they have identified as category leaders, there will be no shortage of capital in the near future.

“With our first Opportunity Fund, we’re excited to be able to invest additional capital in existing Slow portfolio companies as they scale, while also now being able to invest alongside notable leading Series B firms in more mature growth-stage companies that we missed earlier on,” the Slow Ventures team wrote in a Medium post this morning.

Also of note, Slow co-founder Dave Morin and Scott Marlette, who has been at the firm since 2016, will be stepping back from making new investments from the new funds but will continue to support the existing Slow portfolio companies.

• HistoSonics, a developer of a non-invasive robotics platform and beam therapy, raised $54 million in Series C funding. Varian Medical Systems led the round, and was joined by investors including Johnson & Johnson Innovation - JJDC, Inc, Lumira Ventures, Venture Investors, and the State of Wisconsin Investment Board.

• Embroker, a digital insurance company, raised $28 million in Series B funding. Tola Capital led the round, and was joined by investors including Canaan Partners, Bee Partners, Manulife Capital Ventures, and Nyca Partners and XL Innovate.

• CleverTap, a customer lifecycle management platform, raised $26 million in Series B funding. Sequoia India led the round, and was joined by investors including Tiger Global Management and Accel.

• Shedul.com, a London-based booking platform for salons and spas, raised $20 million in Series B funding at a valuation of $105 million. Partech led the round, and was joined by investors including Target Global, BECO Capital, and FJ Labs.

• Rasa, an open source company that enables developers to build contextual AI assistants, raised $13 million in Series A funding. Accel led the round, and was joined by investors including Basis Set Ventures.

• PagerDuty, a San Francisco-based operations and analytics platform maker, raised $218 million in an IPO of 9.1 million shares (6% insider) priced at $24, above its previous range. Andreessen Horowitz, Bessemer, and Accel back the firm. Morgan Stanley, J.P. Morgan, RBC Capital Markets, and Allen & Company are underwriters. It plans to list on the NYSE as “PD.”  Read more.

• Tufin Software Technologies, an Israel-based enterprise software manager for network security policies, raised $108 million in an IPO of 7.7 million shares priced at $14. The firm posted revenue of $85 million in 2018 and loss of $4.4 million in 2018. Catalyst Private Equity Partners (26.4%) backs the firm. J.P. Morgan, Barclays, and Jefferies are underwriters. It plans to list on the NYSE as “TUFN.” Read more.

• Shasta Ventures, a Menlo Park, Calif.-based venture capital firm, raised $325 million for its sixth fund, according to an SEC filing.