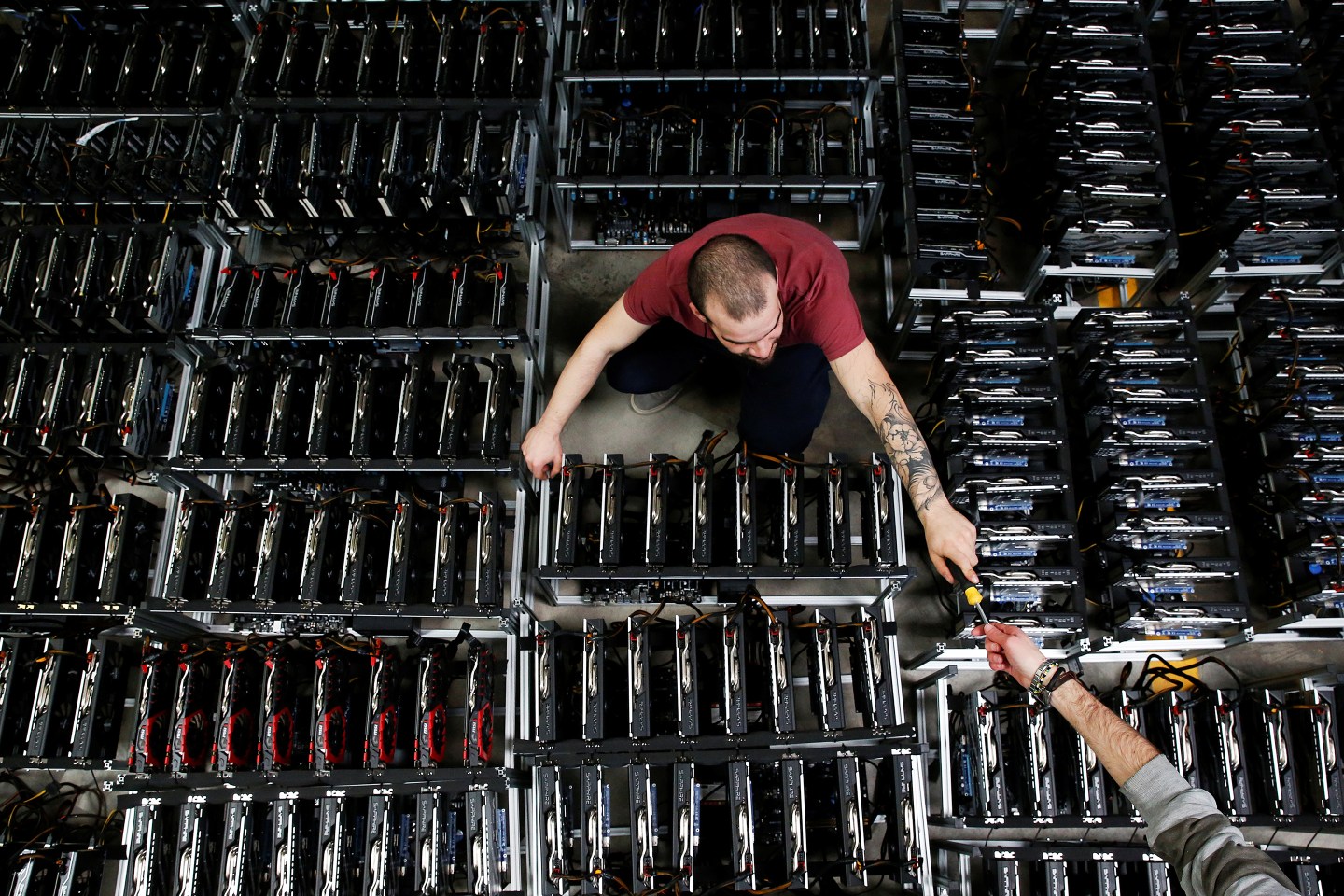 When the Securities and Exchange Commission this week issued guidelines for cryptocurrency companies that want to sell digital tokens, many in the industry praised the SEC for new regulatory clarity, but also privately seethed the agency had gone too far.

“This feels like an overt declaration of war on cryptocurrencies,” said a senior lawyer who advises crypto firms. “The guidance is terrible but people say ‘we have to say nice things or they’ll prosecute us.’ Everyone is afraid the SEC is full of thin-skinned bureaucrats, and now they’re so used to groveling.”

The lawyer, who is well known in Washington, DC, asked not to be named for fear of retaliation from the SEC. In an interview with Fortune, he claimed the SEC guidelines fail to acknowledge how crypto tokens—which are nominally for buying online services but are also a vehicle for speculation—are distinct from other assets. He added the SEC’s position will cause smaller companies to set up shop outside the U.S.

The long-awaited guidelines arrived as the SEC continues to investigate companies that sold tokens to the public during the crypto boom of 2017, a period that saw a number of blatant frauds. The 13-page document explains how a 1946 Supreme Court decision, which set out a test for defining an investment contract, should apply to token offerings.

The upshot is the vast majority of tokens put up for sale will likely be considered securities, which means they must be registered with the SEC before they can be offered to the public—a process that can be slow and expensive.

On the same day it issued the guidelines, the agency did, however, issue a letter that blessed one company’s plans to offer unregistered tokens for membership in a club for hiring private jets. The SEC did so in part because the company, TurnKey Jet, had pledged that none of the token proceeds would be used to fund the building of the token network, and also that the tokens would not trade outside TurnKey’s platform.

In response, the law firm Cooley published a note that likened TurnKey Jet’s tokens to streetcar tokens, and observed (perhaps wryly) that the SEC had made clear neither were securities.

According to critics, restrictions like the ones attached to TurnKey Jet negate the very reasons token projects are appealing in the first place. In the view of proponents, public token sales—which are tracked on shared ledgers known as blockchains—provide an inexpensive source of fund-raising, while the ability to exchange tokens on an external platform creates an important secondary market for tokens.

“It’s a way to incentivize those who go first. Remember how Uber and Airbnb paid more to their first group of drivers and hosts,” said the Washington, DC, lawyer.

Other crypto attorneys on Twitter made a similar case:

6/ If the United States truly believes that we need to promote the use of blockchain technology, then we cannot treat tokens in a way that neuters their fundamental and most valuable quality …

13/ Because the no-action letter and the framework each contain "no-transferability" caveats, I don't immediately see how this advances the discussion or gives clarity to any entrepreneur who really needed it. Bummer.

The new SEC guidelines also reaffirmed the agency’s recent conclusion that two well-known early examples of blockchain and token offerings, Bitcoin and Ethereum, are not securities on the grounds that they are decentralized. This finding, however, may frustrate the leaders of newer blockchain projects who believe they face a wall of regulatory obstacles the earlier projects did not.

While the SEC’s pronouncements this week may have ruffled the feathers of the crypto industry, they were hardly unexpected. Albert Lung, a securities lawyer with Morgan Lewis, said the agency has been telegraphing its intentions for months in a series of speeches by senior officials.

Lung added that the new guidelines will nonetheless have a “huge chilling effect,” and will lead more crypto entrepreneurs to leave the U.S. and set up shop in places like Malta or Switzerland, where laws on token sales are far more permissive. He did not fault the SEC, though, saying the widespread fraud that has dogged token sales left the agency little choice.

All of this puts U.S. cryptocurrency startups in a difficult position. Their hopes of conducting a token sale to fund their projects are all but dashed in light of the new guidelines while the more traditional option—registering the securities and selling them in an Initial Public Offering—typically costs several million dollars in legal and auditing fees.

Lung says one alternative is a so-called “Reg A plus” offering, which describes a recent law that lets companies seeking to raise less than $50 million in public markets pursue a slimmed down IPO and registration process. He added that one of his clients is using this route for a token offering and that, while such filings are secret, he expects at least a dozen other startups are doing the same.

Token sellers using the “Reg A plus” route will eventually gain traction, according to Lung, but in the meantime such applications face a long-wait at the SEC—a problem for startups given that crypto-related technology is evolving rapidly, and delays risk making their projects obsolete.

Meanwhile, some are counting on Congress to intervene and help crypto companies face less burdensome demands from the SEC. A recent bipartisan bill, the Token Taxonomy Act, proposes, for instance, to carve out certain crypto offerings from the current definition of securities.

In an email, Rep. Warren Davidson (R-Oh), said, “The market needs clarity. While the idea of guidance from the SEC is good, this guidance creates new questions. Effective guidance can only come from Congress.”

The bill is currently stalled but the Blockchain Association, a Washington D.C. trade group, told Fortune they are pushing to reintroduce it soon.