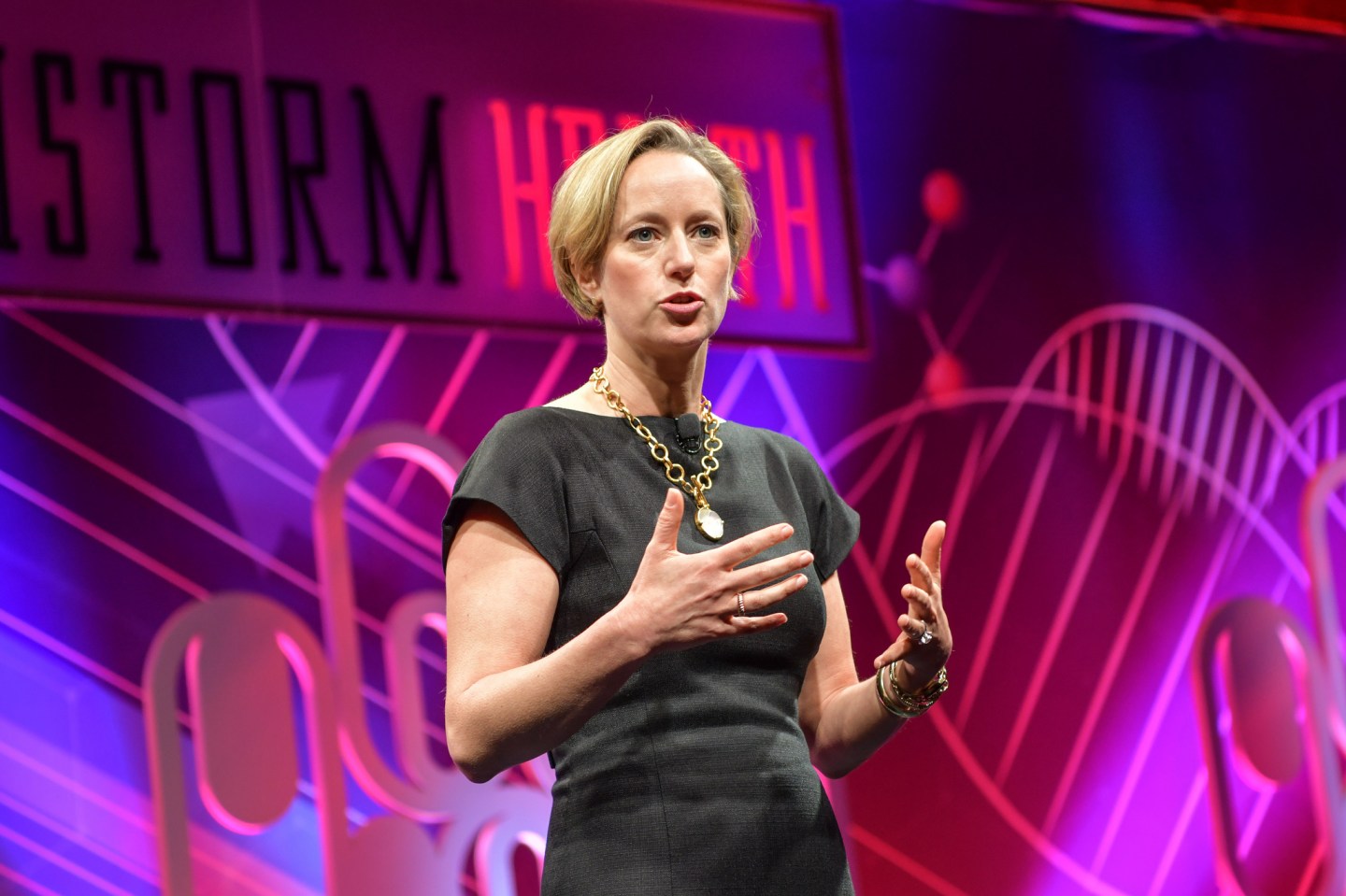 There’s enthusiasm about the healthcare industry—I badly want to call it infectious or contagious but fear that would be in poor taste—and it is abundantly evident at Fortune’s Brainstorm Health conference in San Diego this week.

Keller Rinaudo, founder and CEO of medical-supplies-delivery-by-drones company Zipline International, wowed the audience with images of the important work his for-profit company is doing in Africa. The exceedingly well-funded startup is more than a curio, and its technology vastly bests annoying quad-copters. Zipline’s drones are airplanes that land by an innovative tail hook mechanism.

Technology is transforming healthcare, mostly for the good. Hal Barron, chief scientific officer at drug giant GSK, described how his firm is using genetic targeting to double the likelihood that experimental drugs will reach patients—from 10% to 20%. Harvard epidemiologist Caroline Buckee described a project in Puerto Rico that used satellite imaging and mobile phone data to track disease outbreaks so they could be treated more efficiently.

There’s always a downside to this kind of enthusiasm. Health-industry leaders love talking about whiz-bang technology. Coming up with solutions to the chronic problem of the underserved, not so much. When the Cleveland Clinic’s (and now Google Cloud advisor) Toby Cosgrove asked Bruce Broussard, CEO of mega-insurer Humana, his perspective on “Medicare for All,” the insurance executive murmured vague praise for “the government” and proceeded to dance unsatisfyingly around an answer.

Another downer: Peter Sands, the former banker who runs the Global Fund for AIDS, Tuberculosis and Malaria, observed that “the business community is not really engaged in global health in the way they are engaged in the environment.” His group studied the Fortune 500 and learned that 74% of the companies have policies on the environment while just 10% formally addressed global health. And many of those are healthcare companies. Sands theorizes that environmental activists have done a far better job of engaging with corporations and that the global health community itself is deeply mistrustful of business. “I think the global health community needs to take a long, hard look at how it engages,” he said.

To end on a happy note, the psychologist Lisa Damour explained why stress and anxiety get a bad rap and actually are good for us. (Hint: most things for which we are hard-wired tend to be at least a little beneficial.) The title of my summary of Damour’s talk is “Writing This Article Was Stressful. That’s Okay, Experts Say.”

Smarter capitalism. At the various Googleplexes (Googleplexi?) around the world, the lives of the companies tens of thousands of non-staff workers are about to improve. Google says it will extend full benefits and a $15 minimum wage to the workforce that includes temporary workers, vendors and contractors. That closes the door on one controversy at the company. Opening the door to another, Bloomberg reports that YouTube insiders raised concerns for years about the site's algorithms recommending hateful and troubling videos but were ignored or told to focus on other problems.

Arc of the moral universe. In relevant news for Equal Pay Day, a study by Glassdoor found the wage gap between men and women in tech is 5.4%, half of one percentage point less than in 2016.

Click here. I'm not exactly bullish on Apple News Plus, unless the new premium service can convince publishers to break away from the "issue" format that works poorly on a phone. But the New York Times reports that 200,000 have signed up so far. Still, the service offers a one month free trial, so we'll see how many paying customers stick around.

Out of bounds. Speaking of the clash between new and old media, the Justice Department warned the Academy of Motion Picture Arts and Sciences that a rule under consideration to exclude Netflix movies from award consideration could violate antitrust laws. If a rule "establishes certain eligibility requirements for the Oscars that eliminate competition without procompetitive justification, such conduct may raise antitrust concerns,” Assistant Attorney General for Antitrust Makan Delrahim wrote to the group.

Graveyard shift. While new services are cropping up, some old services are getting the heave-ho. Google killed the consumer content on its deceased Google+ platform and Microsoft is closing its ebooks store. Customers lose access to their ebook libraries but will be entitled to full refunds. Curious about all the projects Google has killed over the years? Visit killedbygoogle.com, which currently lists 131 services, 12 apps and 12 hardware devices.

Venture capitalists typically stay away from the more regulated aspects of securities trading. But as part of raising a new $2 billion fund, the VC whizzes at Andreessen Horowitz registered as a financial advisor. The goal, as Forbes editor Alex Konrad explains in a new feature, is to allow the firm to invest and trade more easily in public stocks and digital currencies:

It’s a costly, painful move that requires hiring compliance officers, audits for each employee and a ban on its investors talking up the portfolio or fund performance in public—even on its own podcast. The benefit: The firm’s partners can share deals freely again, with a real estate expert tag-teaming a deal with a crypto expert on, say, a blockchain startup for home buying, [partner Katie] Haun says. And it’ll come in handy when the firm announces a new growth fund—expected to close in the coming weeks, a source says—that will add a fresh $2 billion to $2.5 billion for its newest partner, David George, to invest across the portfolio and in other larger, high-growth companies. Under the new rules, that fund will be able to buy up shares from founders and early investors—or trade public stocks.

How Artificial Intelligence Could Humanize Health Care By Danielle Abril

Want a Better Health System? You Need A.I. (And Here's Why) By Sy Mukherjee

Apple's Now-Canceled AirPower Charging Mat Is Just One in a Series of Hardware Gaffes. Here Are Four More By Don Reisinger

Have a preferred brand of iced tea? There are so many to choose from. But in my house, the teens are all drinking Arizona Iced Tea from those huge cans. Hopefully, the supplies will not be affected by a massive hacking attack that forced the company to wipe hundreds of its PCs and servers and temporarily shut down some operations. I guess those hackers preferred Snapple?