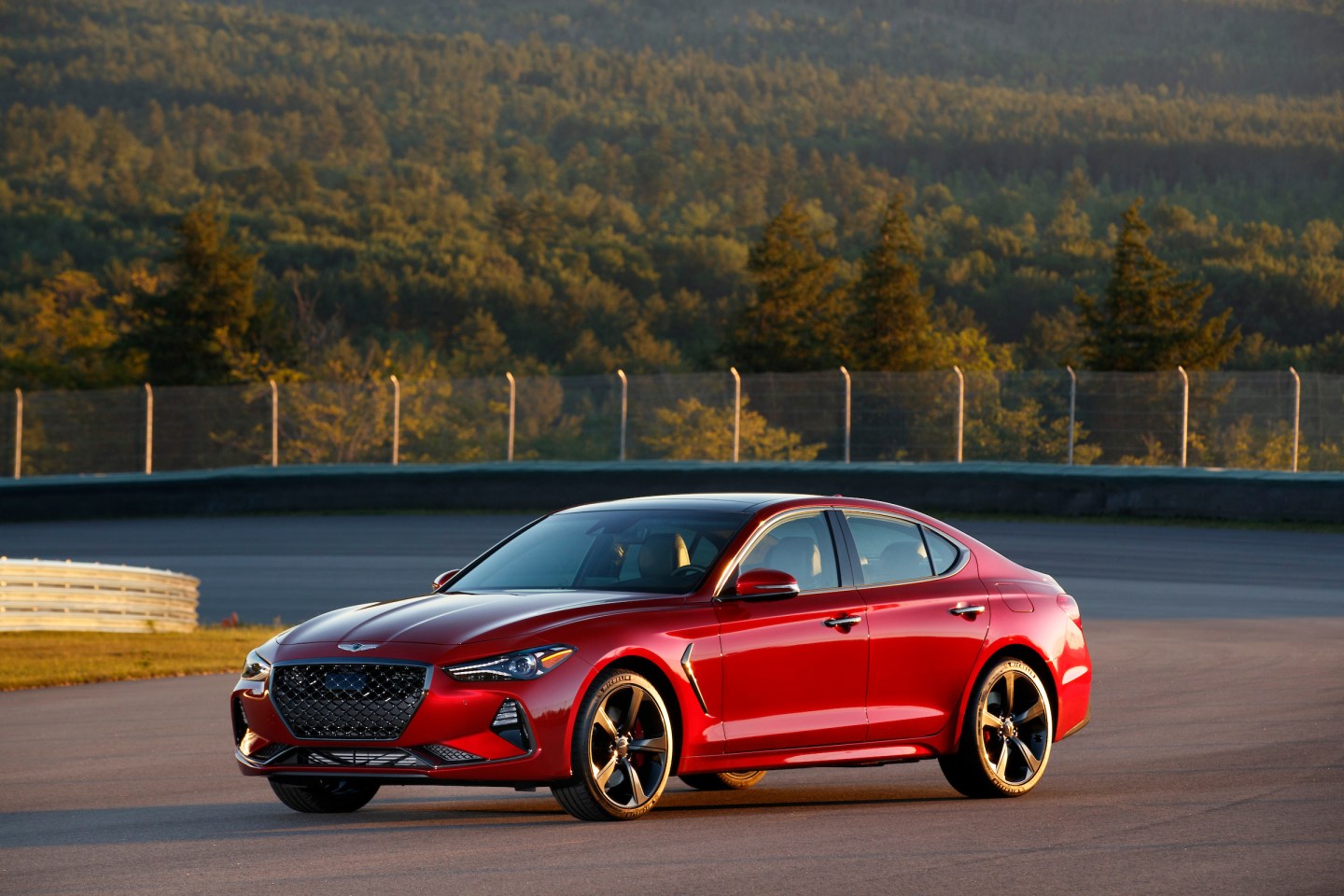 Genesis, a luxury division of Hyundai Motor Corp., plans to open more than 100 standalone dealerships as it expands its lineup to include SUVs and electric vehicles.

The Korean automaker’s plans call for 120 stores nationwide in the next three to five years.

“Our goal is to have standalone dealerships, 100%,” Erwin Raphael, chief operating officer of Genesis Motor America, told Fortune. “We have to show the world that we are a real player.”

Genesis, which spun out from Hyundai in 2015 and ascended to the global stage with its G70 performance sedan, plans to sell cars through 325 Hyundai dealerships by the end of April.

“We need to present a consistent brand experience,” Raphael said. “The whole feel will be different, down to the music and coffee.”

Even though more than 300 Hyundai dealers have raised their hands to open standalone dealerships, Genesis likely can’t support that many stores, according to Raphael. The brand sold 10,312 vehicles last year, half as many as in 2017, as it transitions to selling cars exclusively through its own dealerships.

“The throughput that we’ll have will not support 325 dealerships,” he said. “We wouldn’t be intellectually honest if we said we could get there.”

The fledgling automaker’s three-car lineup includes the G90 full-size and G80 mid-size cars, as well as the G70 sport sedan, which was named North American Car of the Year and has been hailed as a credible competitor to BMW’s 3-Series, the world’s bestselling compact luxury sedan. When outfitted with Genesis’ 365-horsepower, twin-turbocharged V6 engine and all-wheel drive, the racetrack-ready car rivals most of its German- and Japanese-made competitors.

“Standalone dealerships help brand equity by making it more separate from Hyundai, just like Lexus is separate from Toyota,” said David Whiston, an analyst at Morningstar. “That separation likely appeals better to affluent consumers and gives Hyundai a reason to advertise Genesis separately in media to help it compete with the German Three, Lexus, and Tesla.”

Putting the dealer network in place will help Genesis as it expands its portfolio. The brand plans to build an electric vehicle and add two SUVs and a high-performance car to its lineup within the next two years.

“Our strength is in sedans, but we’ll have more SUVs,” Raphael said. “We have to. That’s what people are buying.”