For First Time Ever, a Woman Wins the Abel, the ‘Nobel Prize’ for Mathematics 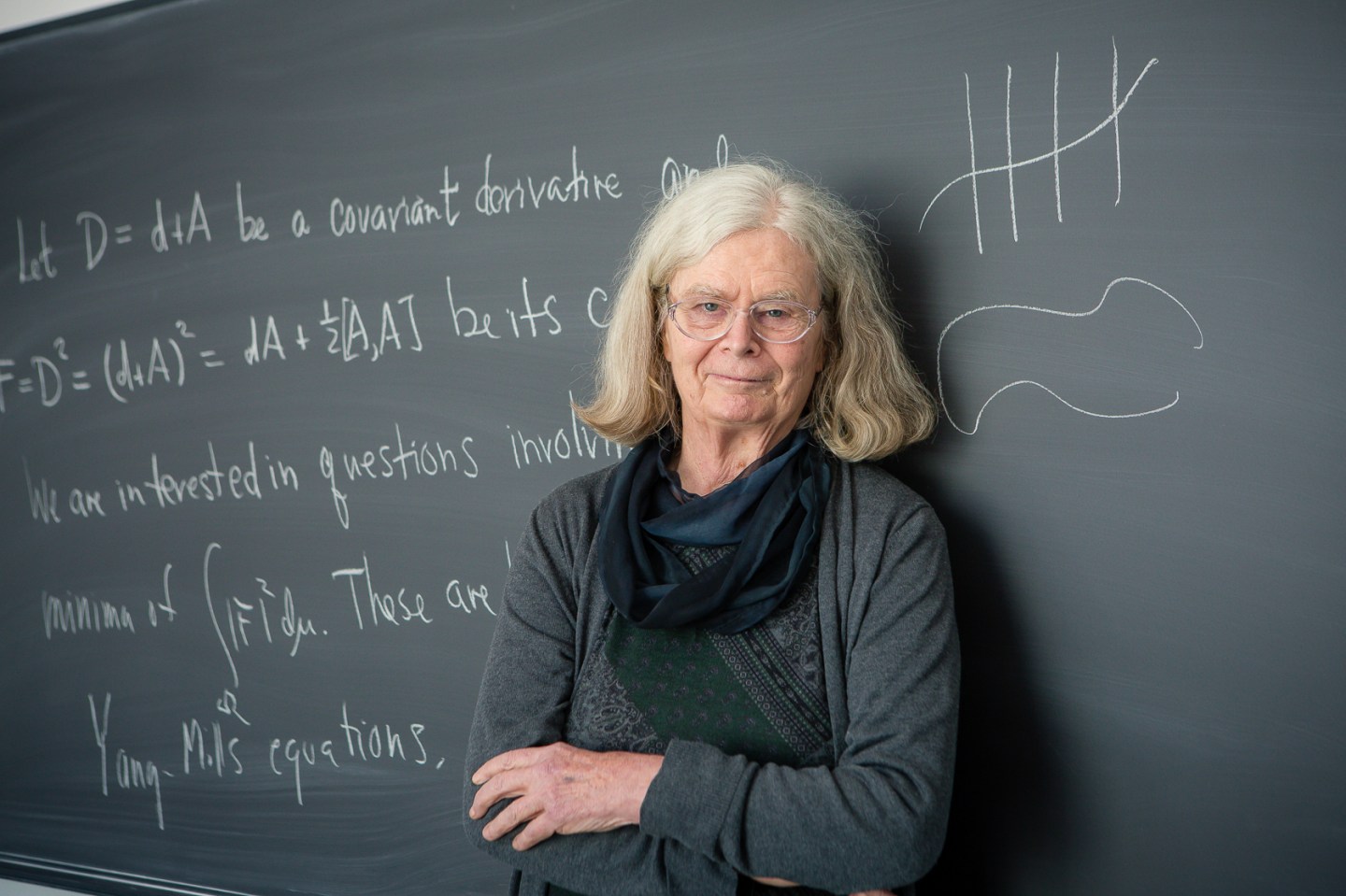 By winning the 2019 Abel Prize, U.S. mathematician Karen Uhlenbeck is first woman to ever receive the prestigious honor. Photo courtesy of Andrea Kane/Institute for Advanced Study.

Dr. Karen Uhlenbeck won the 2019 Abel Prize Tuesday—becoming the first woman to ever receive the prestigious award, which is often referred to as the Nobel Prize of mathematics.

Seen by colleagues as a “maverick mathematician”, Dr. Uhlenbeck is an American professor emerita at the University of Texas at Austin and advocate for gender equality in mathematics and sciences.

“Karen Uhlenbeck is a founder of modern geometric analysis,” Abel Committee chair Hans Munthe-Kaas said, according to NPR. “Her perspective has pervaded the field and led to some of the most dramatic advances in mathematics over the last 40 years.”

Uhlenbeck receives the #AbelPrize 2019 “for her pioneering achievements in geometric partial differential equations, gauge theory and integrable systems, and for the fundamental impact of her work on analysis, geometry and mathematical physics.” @UTAustinhttps://t.co/LhIpziMySU pic.twitter.com/gNw7INgxwX

“She did things nobody thought about doing,” Princeton mathematician Sun-Yung Alice Chang, also a part of the five-person committee, told the New York Times. “And after she did, she laid the foundations of a branch of mathematics.”

“I find that I am bored with anything I understand,” Uhlenbeck, 76, once said according to NPR.

Currently a visiting associate at the Institute for Advanced Study, Uhlenbeck found out she’d won after church Sunday morning after seeing Chan’s text asking her to accept a call from Norway.

The $700,000 prize is awarded by the Norwegian Academy of Science and Letters and will be presented by King Harald V in Oslo on May 21.

The Abel Prize, first given in 2003, won’t be Uhlenbeck’s first accolade. She was given a MacArthur Fellowship in 1983 and became the second woman to give one the International Congress of Mathematicians highlighted plenary talks in 1990. (Of which there are 10 to 20 annually, virtually all of which used to go to men.)

“I am aware of the fact that I am a role model for young women in mathematics,” Dr. Uhlenbeck said in Princeton’s press release. “It’s hard to be a role model, however, because what you really need to do is show students how imperfect people can be and still succeed.”