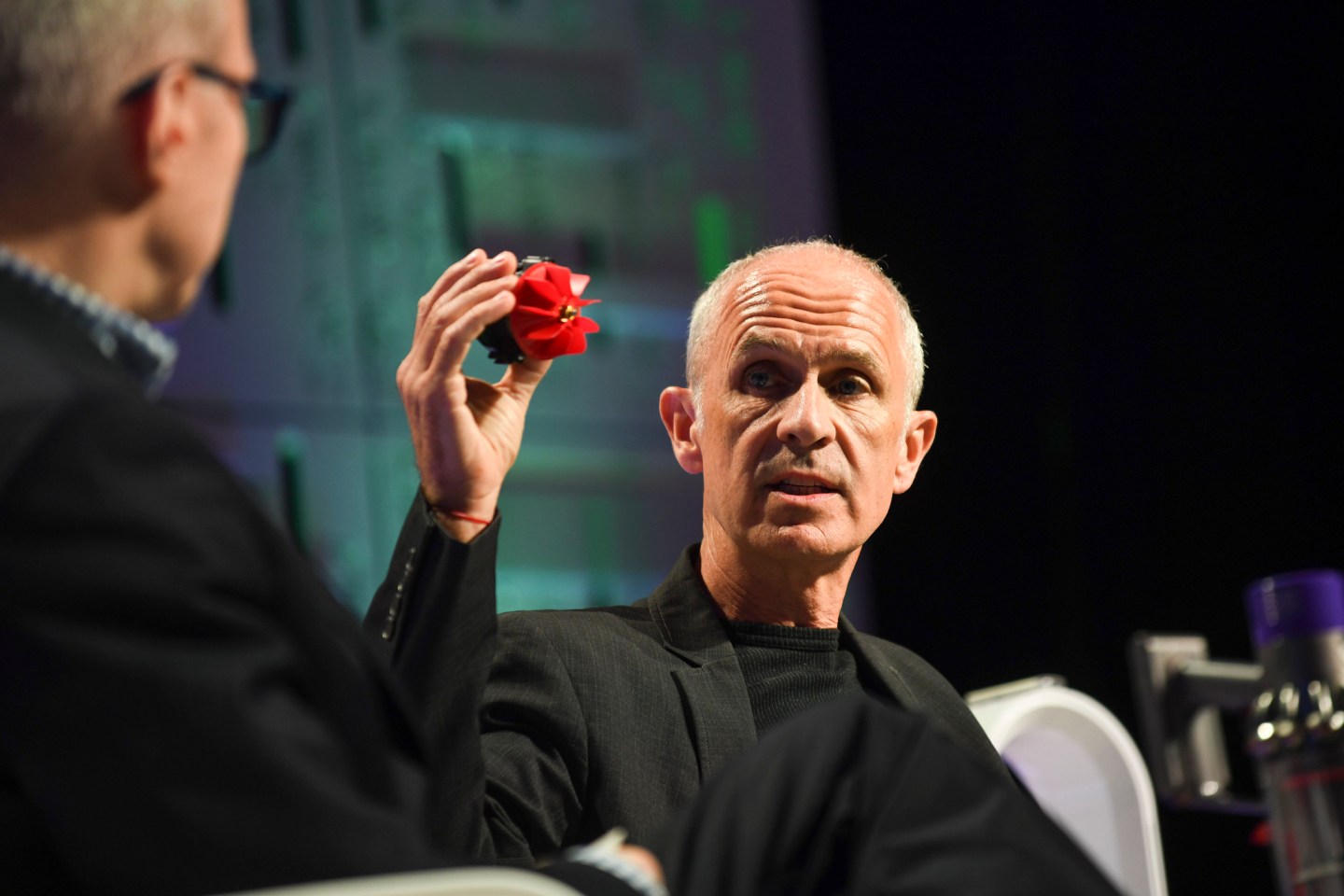 Why would anyone spend $400 on a hair dryer?

When Dyson, the British manufacturer famed for reinventing air purifiers and vacuum cleaners, made its first foray into the market for beauty products, competitors assumed the answer to that question was simple: They wouldn’t. But Dyson proved the skeptics wrong.

In 2016, the company released the Dyson Supersonic, a hand-held hair dryer that was lighter, quieter, and easier to handle than other driers in the market—and far more powerful. The Supersonic won raves on social media and became an instant hit. Lofty price notwithstanding, sales of the Supersonic took off almost as soon as it was released. Says Dyson CEO Jim Rowan: “It’s been a very, very successful product for us.”

In conversation with Fortune CEO Alan Murray at Fortune’s Brainstorm Design conference in Singapore earlier this month, Rowan recounted how Dyson engineers and designers spotted hair dryers as a product category ripe for market disruption. “We thought, here’s a product that, for 50 years, hasn’t been touched,” he said.

The Dyson team’s study of the global hair dryer industry revealed an obvious design flaw. For years, the team realized, other manufacturers had been content to solve the need to blow air at high temperatures by slapping together off-the-shelf blowers and heaters, then sticking a handle underneath as an afterthought. The result, says Rowan, was hair dryers that were “awkward, they were noisy, and most important, they damaged hair.”

Dyson’s solution was to put the motor in the handle, redistributing the weight of the product to give it better balance. That decision required reinventing the very nucleus of the product—devising a motor that would be small enough to fit into a handle but at the same time produce airflow of 14 liters per second. Dyson says it spent four years and nearly $100 million developing the Supersonic. The team also developed a new heating element, with a microprocessor to regulate temperature 20 times a second, which prevents extreme heat damage to hair.

“The thing is that people recognize value,” Rowan said. “This is a product you use every single day, maybe two or three times a day.”

The Supersonic helped boost Dyson’s 2018 sales by 28% to £4.4 billion, while profits jumped 33% to £1.1 billion. Company founder James Dyson was already Britain’s best-known living investor. In part thanks to the success of the Supersonic, he also is Britain’s wealthiest person, according to Bloomberg Billionaire’s Index, a ranking of the world’s 500 richest people.

These days, Dyson’s company is applying its design-led approach to a far more complex product category: electric vehicles. Dyson disclosed in 2017 that a British-based team of 400 engineers and designers had been working for more than two years on a project to build an electric vehicle. In October, Dyson announced that it would build electric cars in Singapore to be closer to Asian customers, supply chains, and skilled workers.

Rowan said the capabilities Dyson has accumulated in building vacuum cleaners and air-purifiers would help it to compete in the crowded race for electric vehicles. “It’s a big complicated project, but it’s an engineering project,” he said. He predicted Dyson’s first electric car would be ready for sale by 2020 or 2021.

Rowan noted that Dyson isn’t just designing cars. The company also is “designing designers,” as well as engineers. In 2017, Dyson launched the Dyson Institute of Engineering and Technology, which offers about 45 students the opportunity to work as full-time employees for Dyson as they pursue undergraduate degrees. Students devote two days a week on academic studies, then three days a week on real-world projects at Dyson.

Rowan said finding the right balance of collaboration and tension is key to Dyson’s success in developing new products. “You need the manufacturing guys saying, ‘This is crazy, there’s no way we can build this,’ and the design team saying, ‘Well, that’s what it’s going to take to sell the product so figure it out.’”