To Design Great A.I., Get ‘Covered in Blood’ 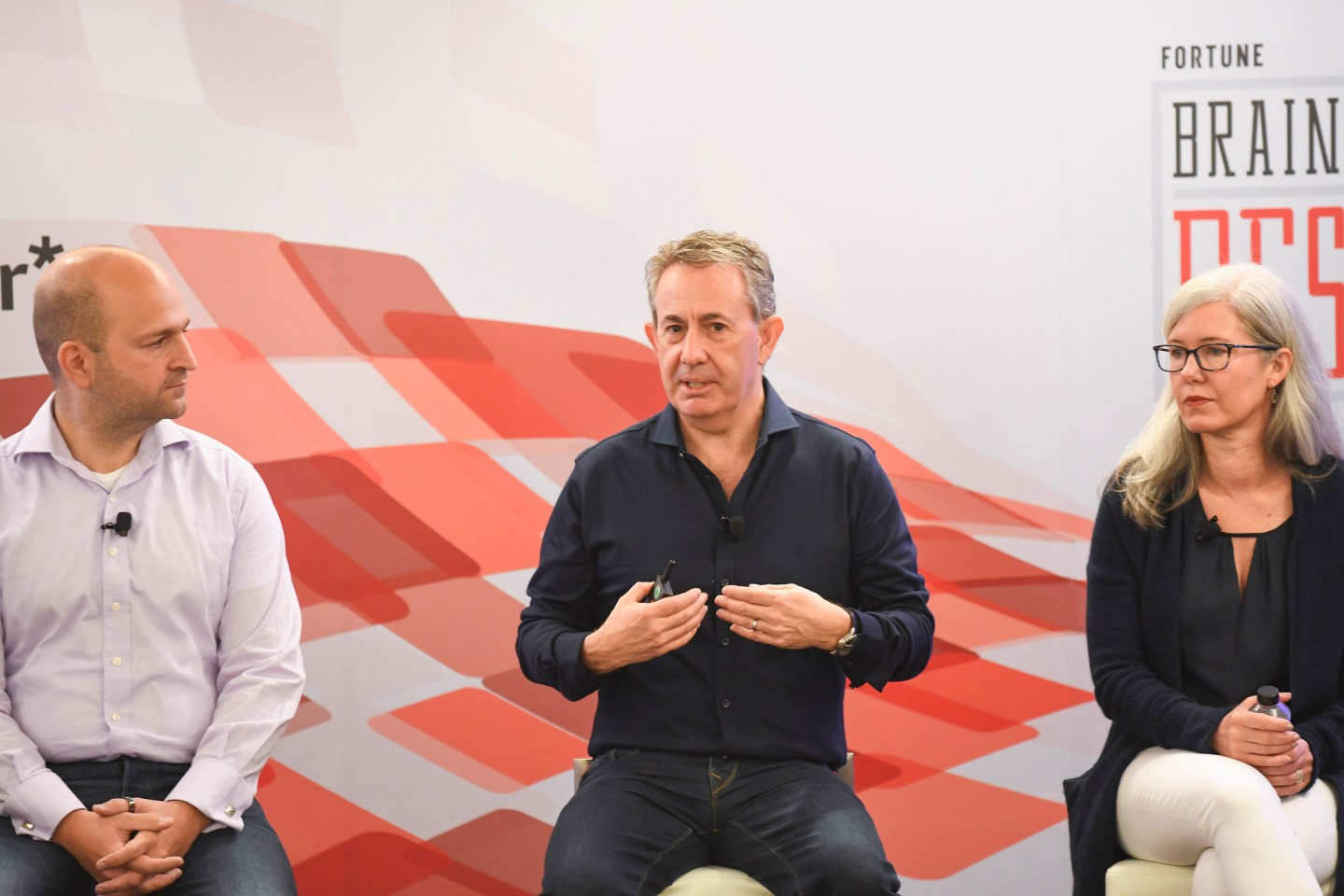 The key to successfully applying artificial intelligence in the real world is to get up close and personal with the people who’ll to use it, executives agreed during a roundtable discussion about A.I. during Fortune’s Brainstorm Design conference in Singapore last Thursday.

“The reason we all wear black shirts, by the way, is that you can’t see the blood splatters on them, because we need to be so close to the action that we’re getting covered in blood,” said Sean Carney with a smile. Carney, who indeed was wearing a black dress shirt, is chief design officer for Philips, which claims substantial market share for A.I.-driven healthcare tools.

Many clinicians worry that new technologies will put them out of a job. It’s the wrong mindset, Carney said. New technologies are aimed at giving doctors “superpowers” to ensure better patient outcomes.

Jamie Myrold, vice president of design at software maker Adobe, agreed that it’s important to figure out how A.I. technologies will work in practice. She cited her company’s Sensei product, which aims to automate the boring, time-consuming tasks that many working designers face, rather than replace creative professionals themselves.

“We’re still learning as it relates to creative workflow,” she said: Which tasks qualify as mundane?

Carney said A.I.-driven technologies will be essential for growing markets where there are skill shortages. Philips products are helping to address the huge numbers of patients that come through the Chinese health system, for example, where doctors are so pressed for time they often have only a few seconds to assess an individual’s screen results for cancer.

“Really what they were doing was just random selection,” he said. “Now, imagine you’re that person with a suspect lump in your breast or your prostate—it’s pretty much Russian roulette. So what we’re able to do by introducing A.I. in that context is do pretty much 100% screening.”

A.I. could change the very landscape of the cities we live in, according to Pejvan Beigui, the chief technology officer of EasyMile, which develops autonomous vehicle technology. Beigui’s company makes self-driving shuttles that operate mostly in business parks, college campuses, and other low-traffic areas. Though many people have considered a driverless future—reduced car ownership, fewer traffic jams—they haven’t thought about how it would reduce the need for surface lots and other central urban parking needs.

But that’s okay, Beigui said. Most people are getting their ideas from Hollywood movies where futuristic visions don’t quite square with reality. “Everybody has seen The Terminator,” he said, citing the landmark 1984 science-fiction film featuring a cyborg assassin from 2029. “The Terminator drives a vehicle.”

Indeed, many people don’t foresee the various ways that A.I. could revolutionize healthcare, Carney said. “I’m asked to design huge mega-hospitals quite often and make a hospital that’s going to be fit for purpose in 10 years’ time. Well actually, I hope you don’t need a big hospital” to begin with, he said. The way today’s technology is going, we’re more likely to have many distributed, specialized clinics that can intervene earlier and reduce the need to visit the hospital.

However bright our A.I. future, there are challenges ahead, the executives agreed. At the end of the day, health technology has a real impact on the lives of patients, and serious injury or death are still a risk. Ditto automotive tech.

In the case of the driverless car, that’s why you haven’t seen too many on public roads, Beigui said—because in that environment A.I. is not yet as safe, statistically speaking, as a human driver. (In fact, human drivers are far more competent than many people give them credit for, he added, with about one fatality every 100 million miles driven.)

“We don’t trust our own A.I.” Beigui said of his own company’s stance on the technology it develops. “If we trusted it, it would be very dangerous. You can kill people with the slightest mistake.” And there’s zero tolerance for that.