Would You Trade Gmail for This Personal Email Server? I Tried. 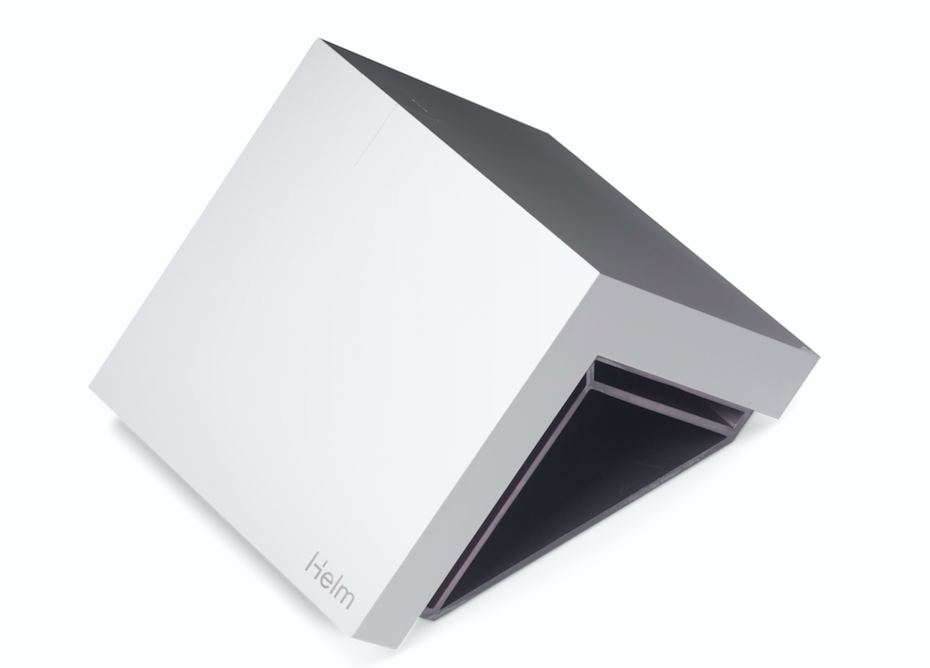 Can we stop big tech companies from feasting on our data? Despite years of outcry from privacy advocates, lawmakers have done little to rein in Facebook and Google, which today suck up more information than ever. But there may be another way: Instead of waiting for a privacy laws to catch up with the times, consumers can turn to technologies that keep their personal data safe in the first place.

That’s the promise of Helm, a device that offers an alternative to corporate email services like Gmail and Microsoft’s Hotmail, which are free but give the companies access to your messages. Helm, by contrast, lets you operate your own email server (yes, like Hillary Clinton) and store your emails in your own home.

I decided to give it a try by trading in one of my two Gmail accounts (admittedly, the one I use less frequently), and temporarily replacing it with a Helm-based email instead. I wanted to see if I was ready to take the privacy plunge, and fully embrace a service that lets you divorce your corporate email provider.

The Helm Personal Server review unit arrived in a small box, and the set up proved easy enough. The device itself is lightweight, 5 inches high, and looks like something you’d find at Ikea.

Though the Helm server can connect to the internet via your home or office’s Wi-Fi network, I opted hard-wire it directly into my router using an included ethernet cable. Next, I paired the device to my phone using Bluetooth, and downloaded the Helm app, which prompted a series of instructions for directing email onto the device.

This was actually a two-step process. First, you enter the server name and new email address into the Helm app. (Instead of “@gmail” or “@hotmail,” the new suffix of the new email will be based on the domain name you pick for the server. For instance, my new email could be “jeff@Fortunereporter.com”—or whatever). This meant my iPhone’s native email app was now configured to receive messages sent to the newly created email.

This new email is tied entirely to a domain you select and that lives on the server in your house. So, if someone sends a message to your new email address, it won’t touch Google or Microsoft’s servers at all. But there’s also the question of what to do with all the email you have already, and what to do about messages sent to your old Gmail. That’s the second step of the process.

This entailed asking the Helm app to import all of my existing Gmail messages into the new email account. This took about 24 hours to complete but, sure enough, by the time it was done, all 6,651 messages had been moved onto the Helm server in my living room.

If I was confident that I wanted to break up with Gmail for good, I would then have deleted all the messages from my Gmail account, and set up a forwarding service that relayed any new messages and also informed my correspondents of my new email address. But I wasn’t that confident—this was just a trial—so I left my Gmail account as it was. Finally, I added the new Helm email address to the email client (Apple Mail in my case) on my laptop so I could receive incoming messages there as well.

Should you buy it?

So what was the verdict? First off, I liked the sense of control that came with the Helm device. It was empowering to realize my personal messages were sitting on a server right there in my living room, and not just on some far-flung Google computer. Our experience with technology is too often passive, and this was a good reminder you don’t need to cut a Faustian data bargain with Big Tech to use an everyday tool like email. I should add the Helm device also notes and calendar applications, meaning you could shed the corporate versions of those too.

Another cool feature of the Helm is that one can add dozens of other email accounts, meaning it would be easy enough to set up family members with private emails of their own. It’s not hard to imagine a virtuous cycle taking off as more people discover an easy option for email privacy, and decide to also try privacy-focused web browsers and phones as well. Finally, the security of the Helm device appears to be pretty tight. I’m no expert in what goes on under the hood of servers, but those who are—such as the folks at Ars Technica—say Helm is secure.

And yet. As much as I like the idea of the Helm, I will not be chucking my Gmail accounts (even my secondary one) anytime soon. One reason is cost. The Helm unit costs $299 plus an annual subscription $99 fee after the first year. The price feels entirely reasonable for what you’re getting but it’s still a big leap from free.

But the bigger issue has to do with convenience. The Helm service doesn’t permit you to access email from a browser, which would be a hard habit to break. Then there is Gmail’s stupendous search features and its all around ease of use. Sure, Google has committed more privacy violations than I care to think about—including a recent one involving third parties having access to Gmail—but none of these have had a direct impact on my day to day life.

The bottom line is I like Helm and believe its mission (“privacy is a right not a setting”) is a noble one. But unless the company can offer something as convenient as Gmail, it may have a hard time expanding its customer base outside of hard-core privacy hawks. Meanwhile, the rest of us are left hoping lawmakers get their act together to pass a meaningful privacy law—perhaps one that forces companies to offer paid versions of their products that don’t plunder our data.

An earlier version of this article stated an outdated price for the Helm unit.