On International Women’s Day, Take a Look at These Historic Photos of Women Joining the Workforce 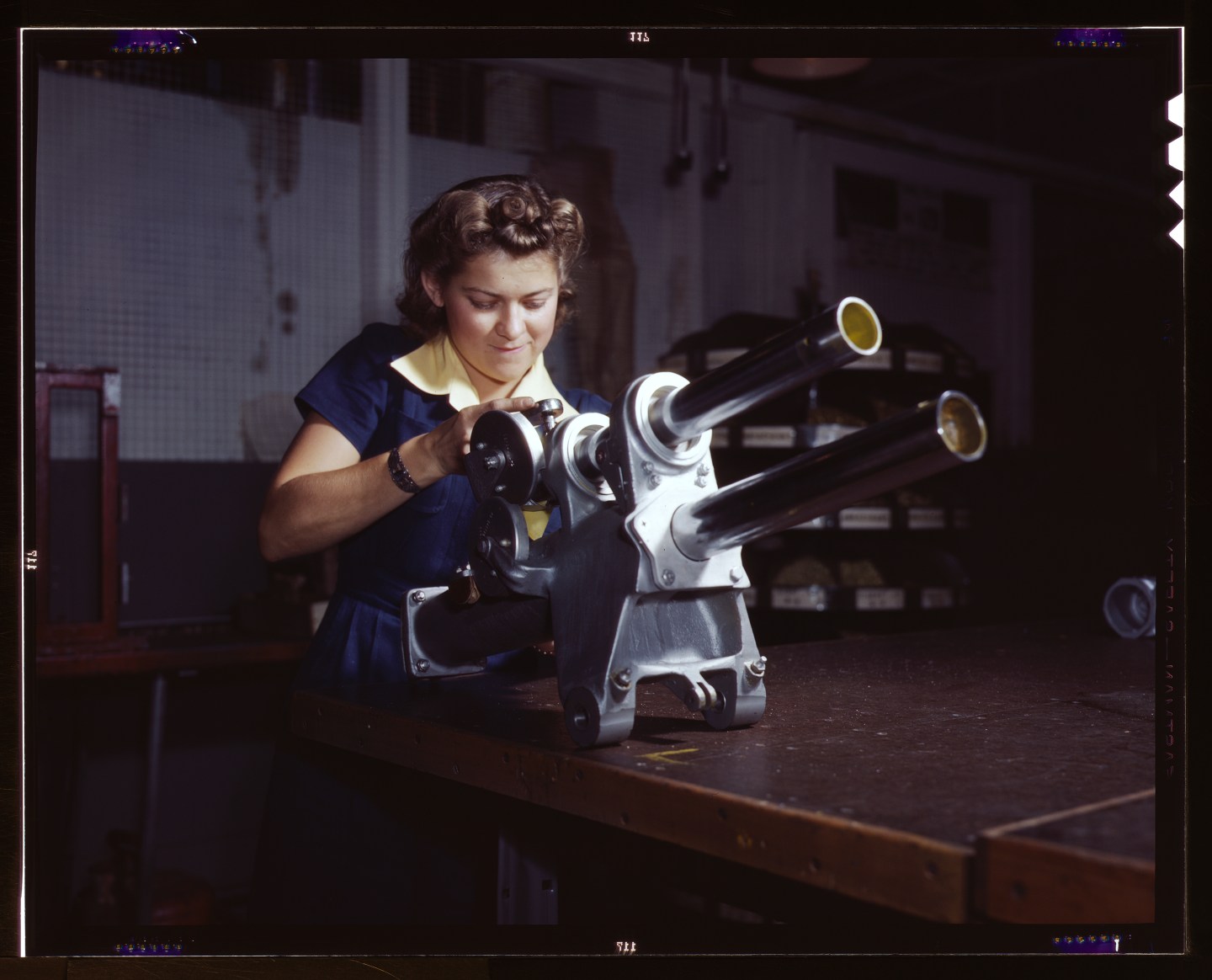 Today the world celebrates International Women’s Day, a global celebration of women’s achievements and a call to strive for gender parity. This year’s campaign theme is #BalanceForBetter. The organizers behind IWD explain the theme of balance isn’t just a women’s issue but a business and economic issue too.

While we see plenty of women in the workplace today, it was previously rare to see them do this in the numbers or with the impact seen during World War II. While men went to the front line, the government relied on American women to replace them on production lines, keeping businesses alive and supplies for the war steady. It was the first time that American women were given the opportunity to work on a large scale and prove they could do the jobs stereotypically in the “men’s domain”—playing a vital role in the industrial output of building airplanes, cars, ships, and timber.

As the National Archives Labor and Mobilization and Utilization put it, “it is essential to establish the fact that not only is it necessary for women to work, but it is an entirely normal procedure…and to convince men as well as women that the more women at work, the sooner we’ll win.”

There were 18.4 million women in the labor force by 1950, which accounted for about one-third of the total labor force. And although men believed that women joining the workforce was a temporary trend until their return home, the trend of women challenging their traditional roles persisted.

Check out the gallery above to see photos of women joining the labor force during the 1940s.