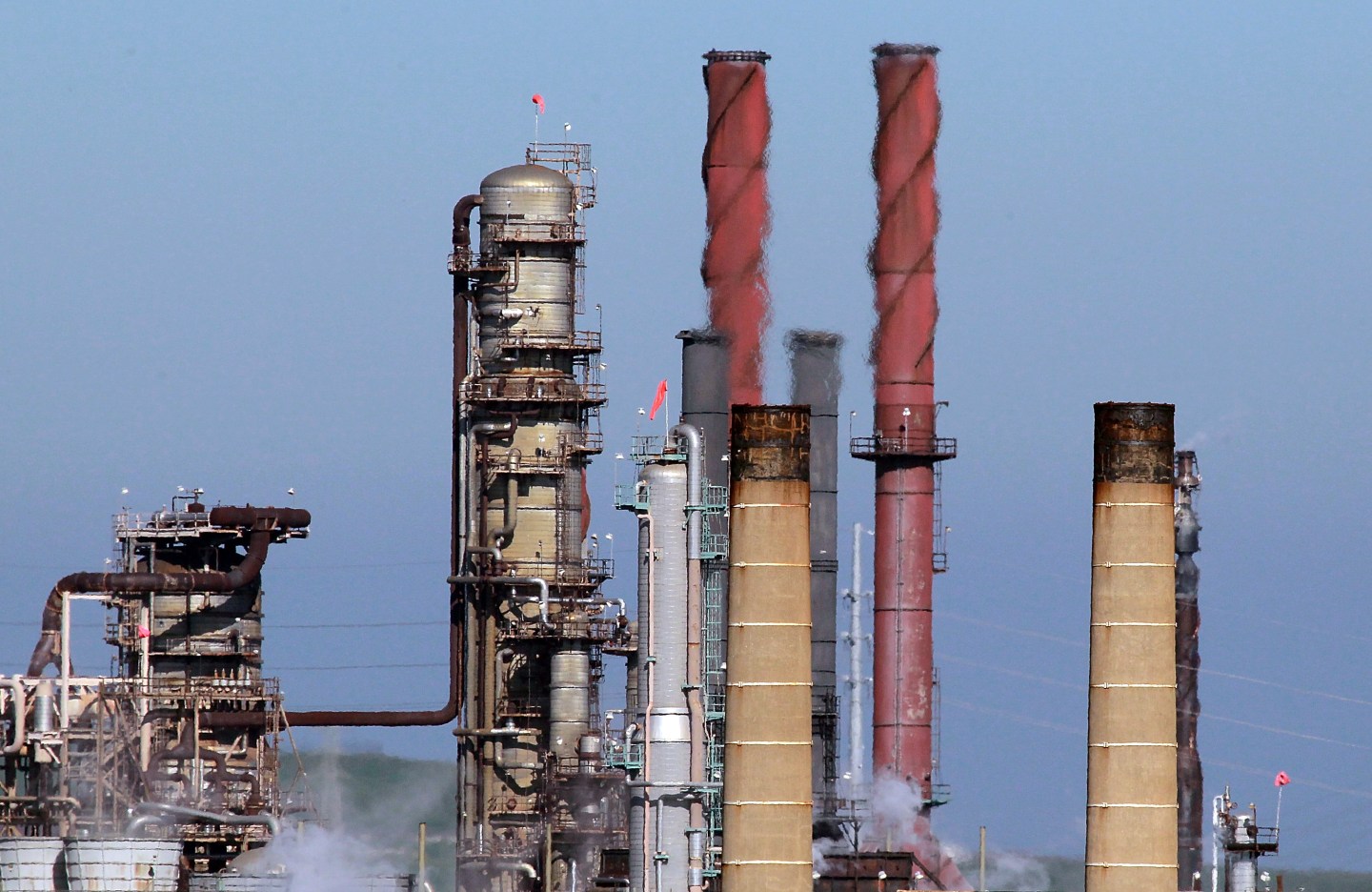 RICHMOND, CA - JANUARY 25: Heat rises from stacks at the Chevron refinery on January 25, 2011 in Richmond, California. Gas prices continue to rise and have gone up 14% or $.39 a gallon over the past year. Crude oil is currently trading at just under $90 a barrell and some analysts speculate that it could skyrocket up above $150 a barrell in the coming year. (Photo by Justin Sullivan/Getty Images)
Justin Sullivan—Getty Images

The U.S. has become the world’s largest oil producer, according to the Energy Information Administration. One of the reasons is fracking.

The technique, formally called hydraulic fracturing, uses high-pressure liquids to crack rock formations deep in the earth to release liquid. It’s been a big driver of new oil production in the U.S., according to the EIA, and in the Permian Basin in Texas and New Mexico as well as the Gulf of Mexico is expected to keep driving record extraction through 2020.

In the past, it’s primarily been a game for smaller oil producers. That’s about to change. Chevron announced plans on Tuesday to more than double production in the Permian Basin to 900,000 barrels a day.

Exxon Mobil is expected to make a similar announcement on Wednesday.

The news is bad for the smaller producers. Once the techniques prove their worth on a large scale, Big Oil comes in, potentially pushing the smaller companies out.

“It’s going to be extremely difficult for smaller companies to compete with the oil giants,” Ed Hirs, a teacher of energy economics at the University of Houston, told the Wall Street Journal.

That will put additional pressure on the small producers, which have faced high spending and elusive profitability.