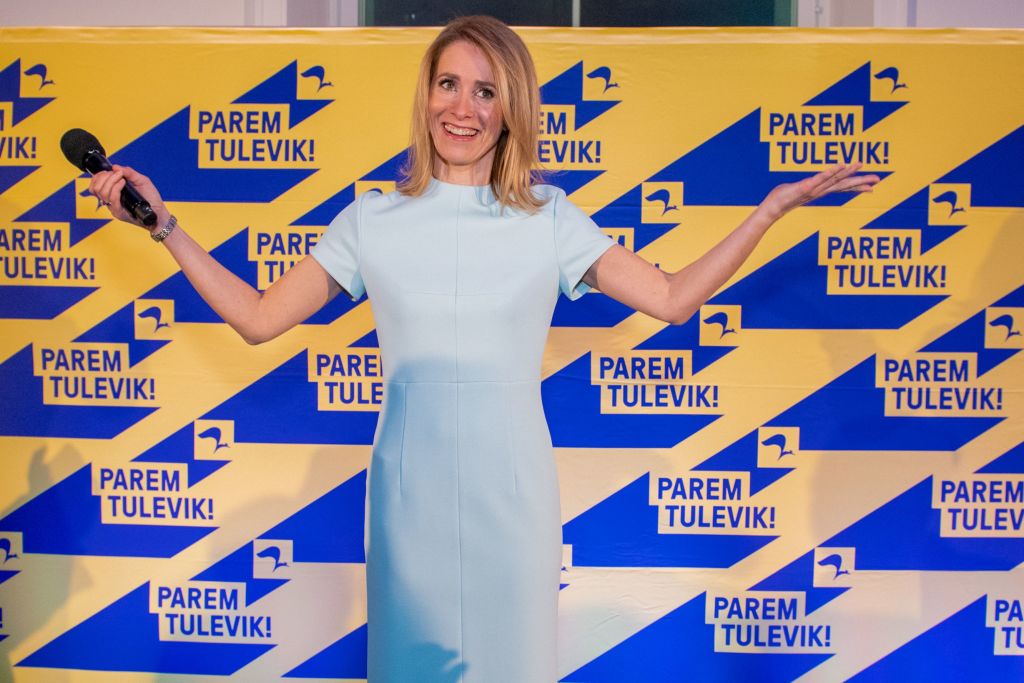 In Sunday’s parliamentary election in Estonia, the center-right Reform party won 29.4% of the vote, setting up its leader Kaja Kallas to become the first female prime minister of the Baltic country, so long as she can form a coalition government.

Estonia’s ruling Centre party took second place with 23.1%, and the far-right Estonian Conservative People’s Party took 17.8% of the vote, double its last showing. The center-left Centre party had been expected to win based on polling, but the Reform party, which has a pro-business platform, pulled ahead. The Reform and Centre parties, both pro-EU, have alternated in power since Estonia’s independence from the Soviet Union in 1991.

Kallas, a 41-year-old lawyer and a former member of the EU Parliament who specialized on digital issues, and the Reform party now must negotiate with other parties to create a government coalition. Her father, Siim Kallas, was the 14th Estonian prime minister and was an EU commissioner. Estonia’s first female president, Kersti Kaljulaid, has been in office since 2016, though the role is largely ceremonial.

Estonia is a little country with a big digital footprint. Nestled next to Russia and Latvia with 1.3 million residents, Estonia‘s progressive thinking about the Internet economy has made it a leader in e-government. In 2000, it became the first country in the world to declare Internet access a basic human right; that same year it passed a law giving digital signatures equal weight to handwritten ones. Skype, now owned by Microsoft (MSFT), was created in Estonia. And money service TransferWise was founded by Estonians based in London. Estonians have been able to vote online since 2005. The BBC reports nearly a quarter of Estonia’s 881,000 eligible voters used e-voting in Sunday’s election, in which issues like taxes, public spending, and EU membership were top of mind.

On the campaign trail, Kallas promised to cut taxes and unemployment insurance premiums, with the aim of creating jobs. In the hours since winning the election, she’s vowed to consider allying with three of Estonia’s four other parties; she’s ruled out working with the far-right Conservative People’s party, calling it “not a choice for us.”