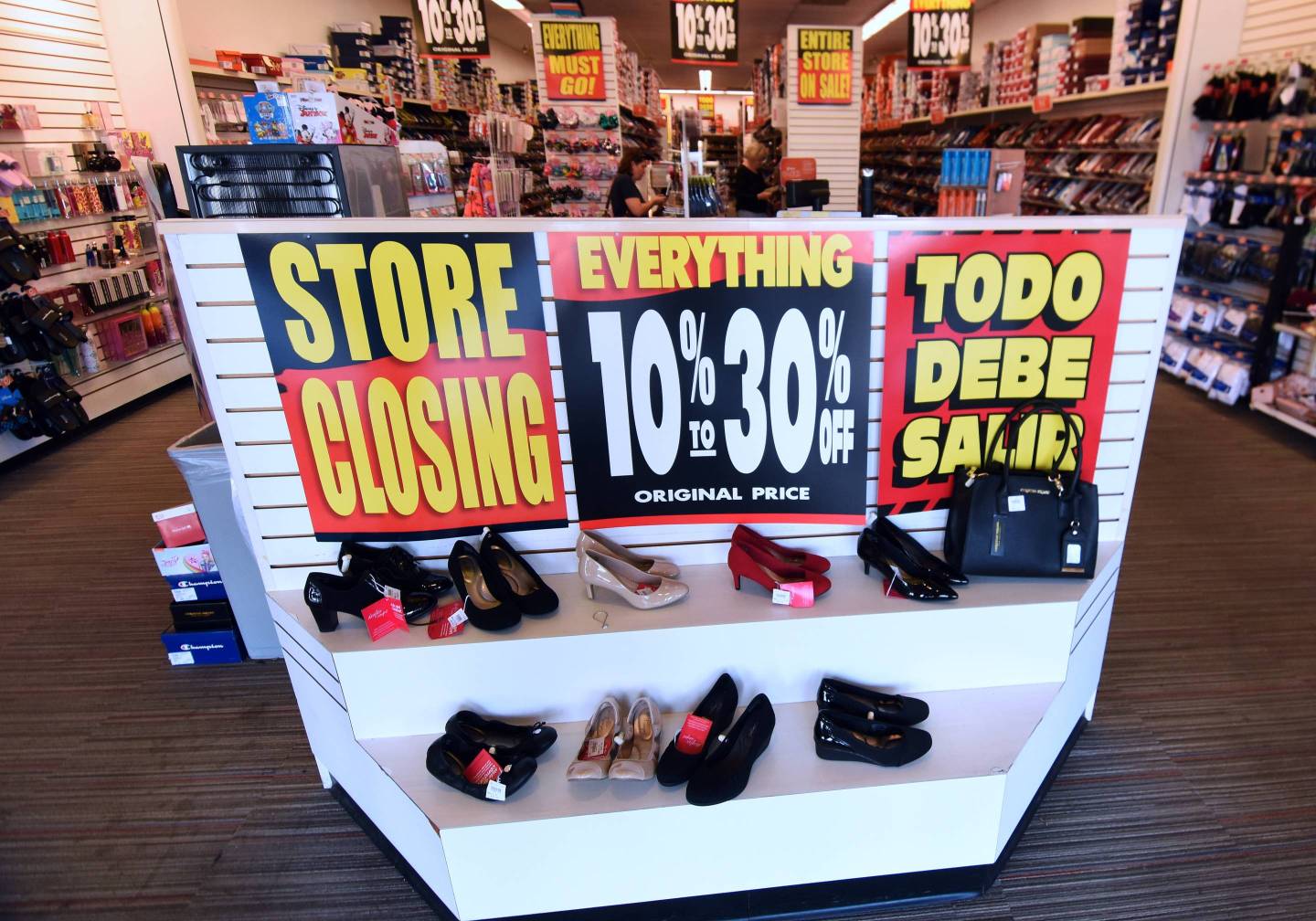 You can’t blame America’s teenagers for no longer congregating at the mall like generations past: There aren’t all that many stores left.

In the last 48 hours alone, several shopping-center staples unveiled plans to trim their footprints across the U.S. Gap Inc. said it would slash the store count of its struggling namesake brand by 230 locations over the next two years, just hours after J.C. Penney Co. confirmed it would shutter 18 department stores.

That news came on the heels of L Brands Inc.’s decision to close 53 Victoria’s Secrets in North America this year. And it’s not just apparel: Tesla Inc., whose galleries are often inside shopping centers, just said it’s moving all its sales online.

These moves come on top of all of the chains that have already announced they’re closing down or reducing their footprints due to bankruptcy. This includes Payless Inc., which is abandoning 2,500 stores, Things Remembered, which is closing most of its 400 stores and selling the rest, while mall favorite Brookstone Inc. slims down operations and Sears continues to shutter locations.

Taken as a whole, many of today’s shopping centers are becoming little more than an assemblage of fast-fashion retailers, Apple stores and food courts.

“You hear so much about shopping centers are dying. There definitely needs to be attrition, and there’s too many in the U.S.,” Michael Guerin, senior vice president of leasing at mall-owner Macerich Co., said in an interview earlier this year. The mall “just needs to evolve.”

The dying-mall narrative isn’t a new one, with the phrase “retail apocalypse” making its way into the American lexicon years ago as America’s over-stored suburbs and the continued gains of online shopping took their toll. But after a brief period of shopper stabilization — fueled by rising consumer confidence and low gas prices — it appears another culling is in order for the industry.

The vacancy rate in U.S. malls was 9 percent in the fourth quarter, up from 8.3 percent a year earlier, Barbara Byrne Denham, a senior economist at Reis Real Estate Solutions, wrote in a retail sector report. Even though Sears shuttered some locations earlier in 2018, causing vacancies to rise to an even higher 9.1 percent in the third quarter, the so-called “dark” stores did not impact occupancy for most malls, according to the report.

Some malls have found ways to adapt. Macerich — which has already started offering 180-day leases to encourage pop-ups to fill empty storefronts — added 32,898 square feet of co-working space to its shopping plaza in Scottsdale, Arizona, earlier this year. The two-floor space is inside a former Barneys New York.

Non-traditional tenants like bowling alleys, movie theaters and digitally native brands are also finding their way into malls. Online-first companies like Warby Parker, Bonobos and Casper are embracing what they call “ offline” in a big way.

“They need brick and mortar — we’re hearing that loud and clear — when they open a store their online sales go up,” Macerich’s Guerin said. “A lot of the stores you’re seeing now weren’t there five years ago.”

In the fourth quarter, mall landlords increased rent by 0.8 percent, or $0.35 per square foot, from a year earlier. They’re making plans to re-develop some spaces for alternative uses — such as gyms and entertainment spaces, the Reis report shows.

Planet Fitness is one brand taking advantage of retail store closings, as landlords and REITs increasingly approach the operator of fitness centers as a potential tenant. Even as retailers look to downsize their square footage, Planet Fitness can sublease some space.

“Our business can’t be Amazoned. We’re un-Amazonable,” he said in an interview on Bloomberg Television. “We do about 5,000 workouts per gym per week, about 8 million workouts a week in the U.S., so look at how much traffic we drive to these centers every day. And the majority of those visits are Monday through Wednesday; most retailers are busy on the weekends, so we’re a great co-tenant for these retailers to drive that traffic.”

Planet Fitness shows how mall landlords, especially those with higher-quality malls in heavily trafficked, urban locations, are using store closures as an opportunity to use the spaces differently, said Lindsay Dutch, an analyst with Bloomberg Intelligence.

“They’re taking advantage when they get that space back to turn it into something more experiential,” she said. “They’re looking to make it into offices, sometimes medical offices. Every once in a while there is a chance to put apartments in there, and go with something more residential.”